Airport expansion another sign that OKC is really taking off 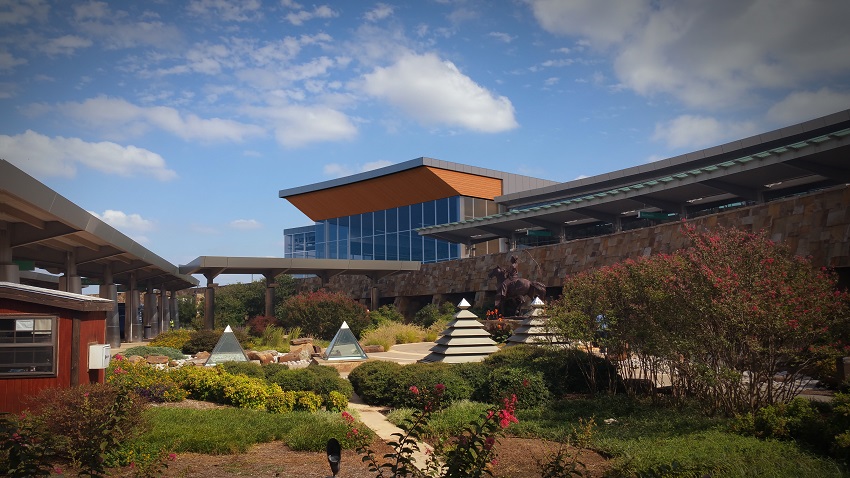 It’s been quite a year for the aviation sector in Oklahoma City. With the opening of Sky West Airlines’ new maintenance hangar at Will Rogers World Airport, the groundbreaking of a manufacturing facility by Kratos Defense and Security Systems, the addition of several non-stop destinations from OKC and the continuing construction of the KC-46A maintenance campus at Tinker Air Force Base, the sky really is the limit when it comes to the number-two economic sector in the state.

All of that and many factors totally unrelated to aviation (think tourism and economic development activities) has contributed to increased passenger traffic levels the past several years at OKC’s primary airport. While that’s a good thing, the airline passenger gateway to OKC had not undergone a major expansion for 12 years, and that project only added one new airline gate and a pre-TSA designed security checkpoint.

But all of that changed on March 29, when city leaders, contractors and airport stakeholders gathered to formally launch the Will Rogers World Airport terminal expansion. Among other improvements, the $89 million project will add four new airline gates, a consolidated security checkpoint and much-needed greeting lounge space.

“Here at Will Rogers, we’re so excited to see this day come,” said Mark Kranenburg, airports director. “From the additional gate space, to impressive new public circulation areas, we’ve reached the point where we cans tart talking about this expansion in present tense. This is the point where we can see our vision truly start to come to life.”

“Will Rogers plays such a critical role in our city and its economic growth,” said Oklahoma City Mayor David Holt. “Physically, it’s the first impression for most job creators and visitors, and the level of air service it provides has a direct correlation to our city’s level of economic opportunity across virtually all business sectors. This project will have a major positive effect on all the things that make our airport successful, and therefore it will have a major positive effect on our city’s economy.”

One highly anticipated feature of the project is an elevated public circulation area that will give non-ticketed visitors a place to view airplanes. Lounge seating in this new area will provide a comfortable place for the non-traveling public to watch aviation activity, without requiring them to purchase an airline ticket. 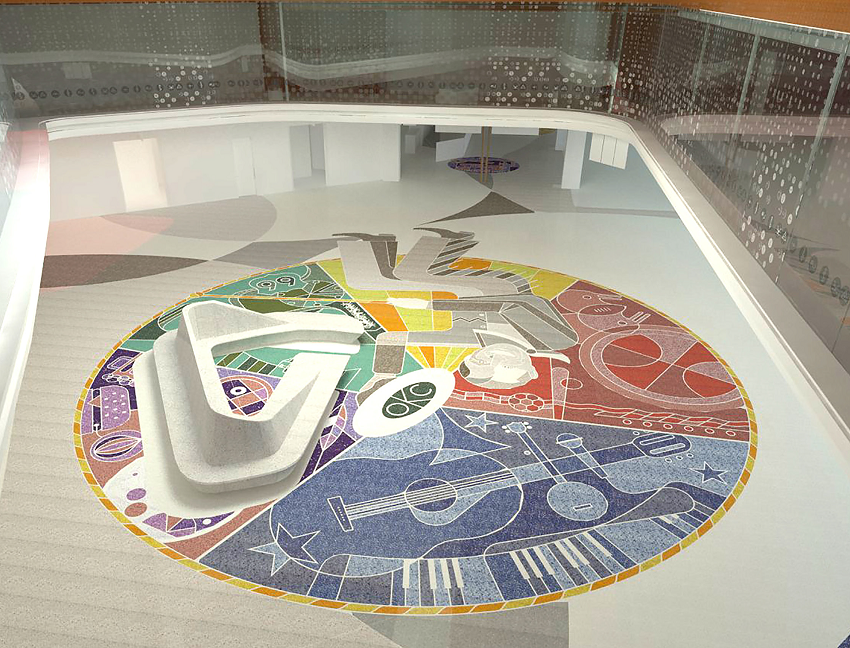 Another component of the airport expansion is an art project that will be located in two sites in the terminal expansion project. The first site is the terrazzo flooring located in the new lobby area in front of the new security checkpoint. The second is the public circulation area located on the mezzanine level and where a glass wall extends the length of the access corridor and seating area.

Thirty-five complete entries from national and international artists were received.  A six-member selection jury conducted a blind-review of all the submissions and short-listed five finalists.  The finalists attended a mandatory meeting in Oklahoma City to learn more about the project and the community.  The finalists presented their designs to the jury on Feb. 25.  Based on criteria outlined in the solicitation, “OKConnected” by Matt Goad was determined to best meet the criteria for both locations of the project.  The selection was reviewed by the Oklahoma City Arts Commission which approved the jury’s recommendation to the Trust.

Goad’s winning design tells the story of OKC’s unique beginnings then bridges to the present celebrating the City’s colorful cultures and industries.

“OKConnected is the story of Oklahoma City, designed as a welcome mat for the city’s front door: Will Rogers World Airport,” says Goad. “Here, the concept of connection is more than the typical connotation one might have with an airport. More than merely people to places. It’s a connection of past to present, of present to future, and of earth to sky. A connection of Oklahoma City to the world.”

Goad will work closely with the airport, architect and general contractor to finalize the design and oversee the installation

Completion of both projects is expected to be in the second quarter of 2021.