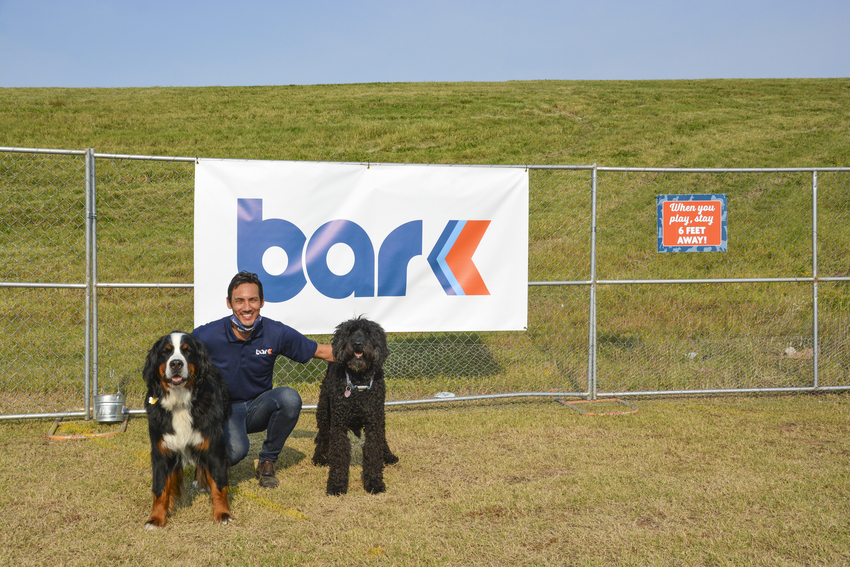 “This is already a thriving world-class location in the heart of the city,” he said. “It will be a huge benefit to be able to attach our name with the Boathouse District.”

Bar K will open in the Boathouse District in fall 2021, sitting directly north of the RIVERSPORT Rapids. The two-acre site will have an indoor and outdoor off-leash dog park and fun places for humans, too. 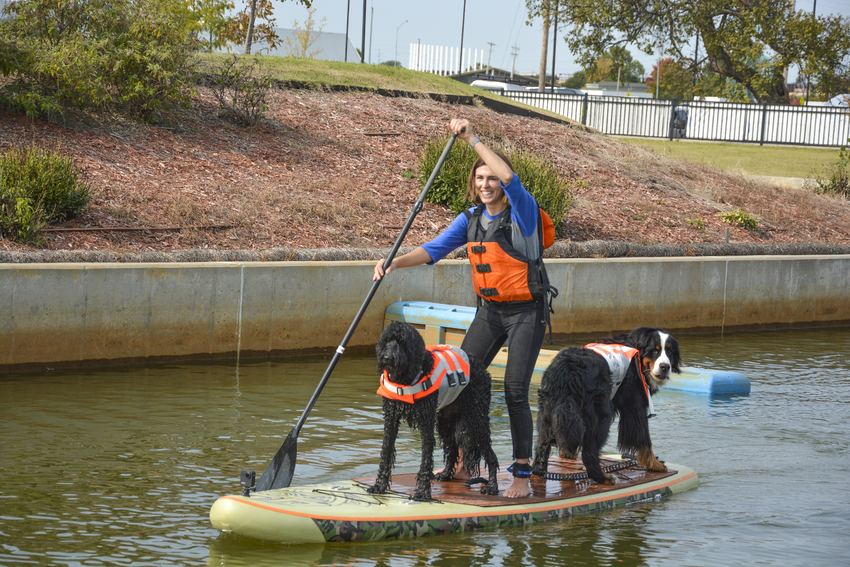 At Dogtober, people could participate in SUP with their pup. SUP stands for Stand Up Paddleboarding. Photo courtesy Georgia Read

Hensley said Bar K that will be built in Oklahoma City will be best version of what the company has learned at its original location in Kansas City and at its second location in St. Louis, which is slated to open in the summer of 2021.

Hensley and some of the Bar K team were in Oklahoma City on Oct. 3 as part of RIVERSPORT’s Dogtober event. BarK hosted a pop-up dog park as part of a pup-filled event day. People can expect to see more Bar K events between now and the company’s opening.

“We’re not just a dog park with a bar,” he said. “It’s a destination for dog lovers because of the elevated experience we offer.”

The concept will offer craft beer and cocktails and fast casual-type food not only for dog owners, but to people along the river trail as well. The team hired one of Kansas City’s top chefs and one of the area’s best mixologists to create the company’s standard food and drink menu.

Humans can enjoy the delicious fare while the dog-trained staff watch over the four-legged family members. This allows guests to relax and visit with their friends, instead of monitoring their pets like at a typical dog park. There’s a dog-only play area inside and a separate dog-free dining area. Outside, owners can interact with their dog while having a drink, but food is not allowed.

Hensley said during the pandemic, as people have transitioned into working from home, BarK has seen an uptick in weekday business and at a variety of hours. This trend should continue at the Oklahoma City location as Bar K will add a large temperature-controlled indoor play area in addition to their 2 acre outdoor park.  This means even on rainy days, dog owners can take their pup so they can get work done.

Bar K has also become a place for people to gather together, even as things might be divisive, said Hensley.

“What we love most about this business is that dogs have an incredible power to bring people together, even if they don’t have anything else in common,” he said. “Dogs are the ultimate common interest and anything that brings people together is a very special thing.”