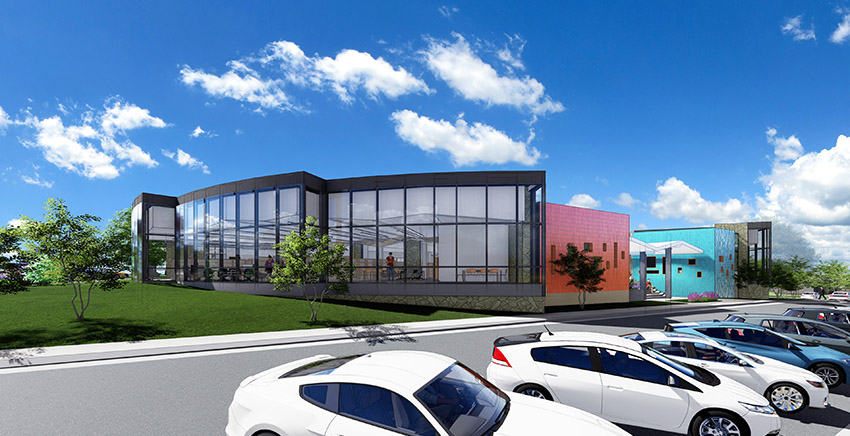 Work is beginning on the renovation and expansion of the Belle Isle Library in northwest Oklahoma City, the first major remodeling for the distinctive mid-century modern building since it opened in 1963.

The library, 5501 N Villa Ave., will be about 10,000 square feet bigger when the renovation and expansion is finished. It will have more modern amenities while retaining the original elements of its unique design.

“I’m excited about this renovation and expansion,” said Metropolitan Library System Executive Director Julie Ballou. “The Belle Isle Library is one of our busiest libraries, and a remodel has been needed for years. Adding a much larger meeting room, children and teen spaces will be especially popular with the community.”

The library will operate from a temporary facility at 3621 Northwest Expressway from mid-August until the project’s scheduled completion in early 2022. Visit metrolibary.org for hours and other details, including the latest coronavirus-related service updates. 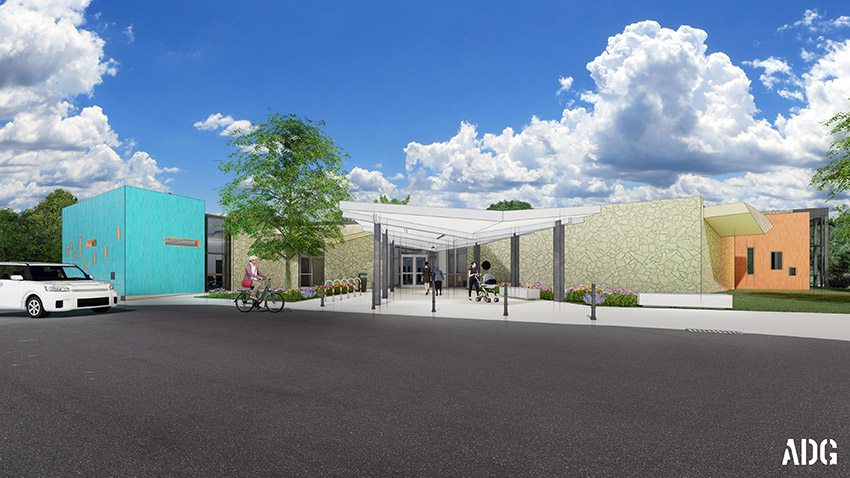 The expansion and renovation will launch the 1960s style library into the future. A modern structure will wrap around the original mid-century modern exterior, preserving the iconic look. Click here to download high-resolution renderings of the renovation.

Wynn Construction, the same contractor that originally built the library nearly 60 years ago, earned the contract for the renovation and expansion.

“Wynn Construction is honored to be continuing the legacy of Belle Isle Library,” said company President Rick Thompson. “We love working with the City and being a part of our thriving community growth. We hope the community will enjoy this library for the next 57 years as much as they have the past 57 years.”

An additional 10,000 square feet of space in the expanded library will make room for a much larger meeting area, study rooms, children’s programming space, a dedicated area for teenagers and a studio “makerspace.” 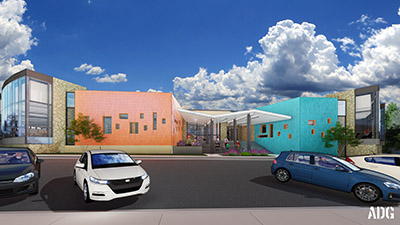 The new library will also have new furniture, new computers and more parking.

Bright colors, floor-to-ceiling windows in some spaces and modern materials will make use of natural light freshen the library’s look and feel.

The $5.5 million project is funded by the bond package included in the Better Streets, Safer City program.

Nicknamed by some the “Millennium Falcon” or “Starship Enterprise” for its resemblance to famous spaceships from science fiction, work started on the Belle Isle Library in December 1962. It opened in September 1963 as Oklahoma City rapidly expanded around it.

It shares its name with the former dairy farm and amusement park developed by Anton Classen once located nearby. There were four other libraries in the system at the time. Voters approved the funds for its construction in 1961.

Architect Jack Mills faced challenges designing it to work with a steep slope and deep ravine on the irregular 2.5-acre site. The circular form reduced the amount of necessary earthwork and made it possible to build a small park nearby.

The rounded exterior, pleated roof and thick ceilings of the original design help deflect noise from the Northwest Expressway.