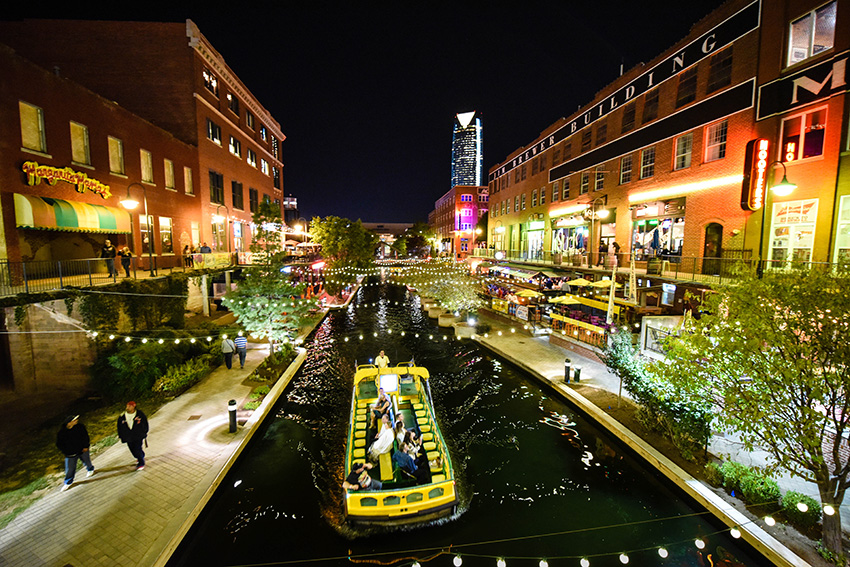 Nearly 140 business leaders gathered December 6 at the Sheraton Oklahoma City Downtown Hotel to learn about the latest goings-on in Bricktown.

All three panelists opined that the widely anticipated streetcar has the potential to be extremely beneficial for Bricktown, bringing tourists, locals and, most importantly, dollars for the local economy, once it begins operation late next year. 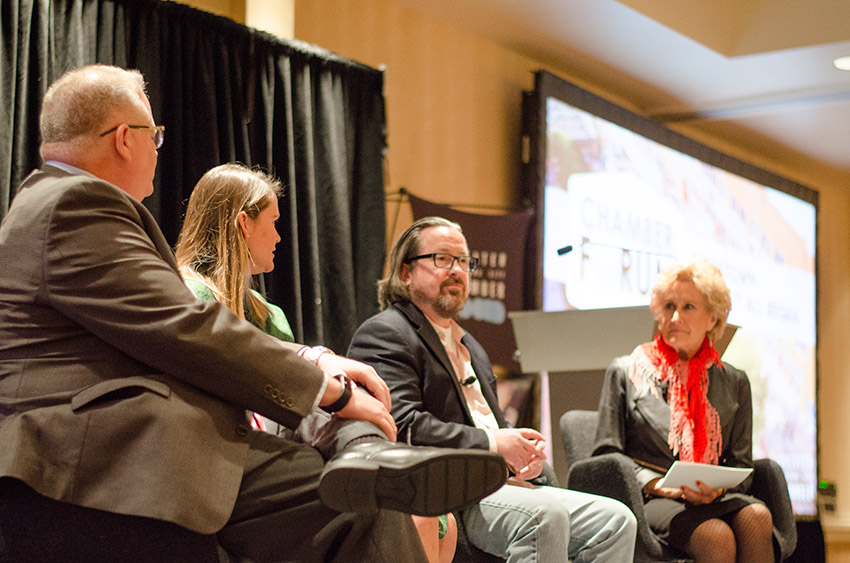 “It makes it so much more convenient to get to Bricktown,” said Stout.

O’Neill and Huntington agreed, saying that the impact could be huge and that the ability to connect Bricktown with other districts is something Oklahoma City has been lacking.

“Downtown has become such an exciting place, and it’s been that way for a while,” Huntington added.

Exciting, in spite of the challenges of near-constant street and building construction in the area.

Stout said the construction is not a deterrent for visitors. “Everyone wants to come to Bricktown, it’s a great product! OKC is a great product. People want to come no matter what, it’s a fun place and that’s awesome!”

Huntington went so far as to say that, with most of the streetcar construction completed, Bricktown has a unique opportunity to position itself as “the easy district in which to get around.”

The completion of Oklahoma City Boulevard will bring added access to the area and connectivity with areas like the Boathouse District, Deep Deuce and Midtown.

“We’re really excited to see Oklahoma City Boulevard coming to Bricktown,” said O’Neil. “We’re hopeful it will alleviate traffic and allow on-street parking and pedestrian accessibilities that have always been high priority but not able to happen in reality. The connection between Bricktown and Deep Deuce is really important as is the pedestrian connection between Bricktown and the Boathouse District.”

When it comes to connecting with the Boathouse District, Stout feels that emphasis needs to be on water and pedestrian connections and stressed the importance of keeping people out of their cars.

“If we get them in an engaging environment, they’ll stay. We need to do what it takes to bring visitors to Bricktown, to keep contributing to the local economy.”

Mallory pointed out that change has been a constant in the district. “Bricktown always changes and adapts to remain inclusive and family friendly.”

The area has evolved over the years from a warehouse district to today’s entertainment, retail and office district. Now, the last piece of the puzzle, residential, is set in place with the opening of a luxury apartment complex on Bricktown’s east side.

“We are on the cusp of having substantial residential units in Bricktown,” said O’Neill. “This is especially appealing because we have entertainment and office space, so we’ve just been missing this last piece. It’s exciting because it will allow people to live, work and play, all in close proximity.”

“Being able to walk everywhere, walking commuters, the thought of living that lifestyle is very appealing,” added Stout.

And Stout knows what he’s talking about, having been in Bricktown since the beginning.

“Being there for 25 years, seeing the growth, the ups and downs, I feel like I’m competing with the city to show how great Bricktown is, how great OKC is,” he said. “Whenever we get visitors for NCAA basketball, or wrestling, or volleyball, or a convention. Every one of us in Bricktown is fighting to convince those guys to come back next year. Every one of us should fight to get those guys back. It’s what we can do to build for the future…work as a team.”

It’s a team that plays to win for Greater Oklahoma City.