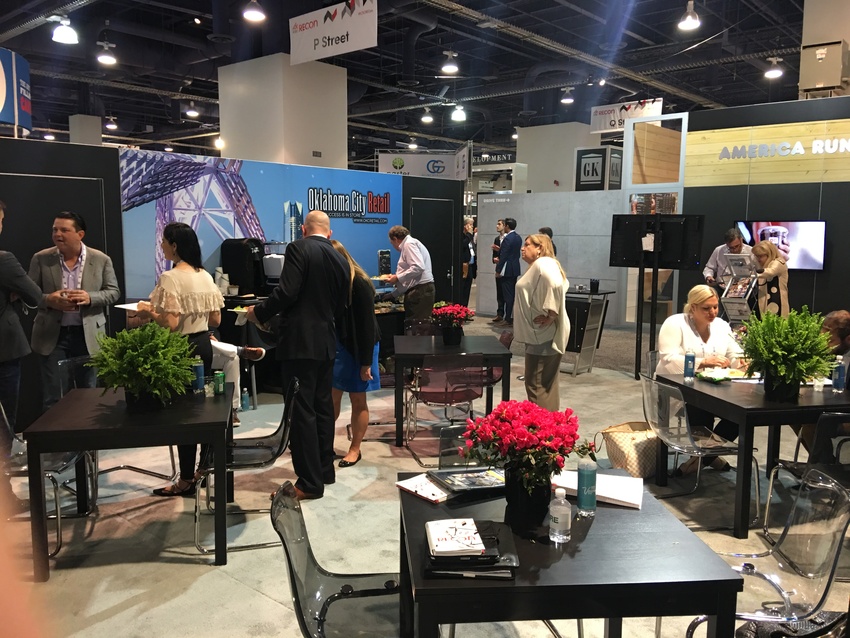 Oklahoma City’s retail market continues to experience success, both in recruiting national retail chains to locate in Oklahoma City and in organically producing a distinctive local retail culture. With the goal to further that success—and boost the city’s retail sales tax collections—a delegation from the Chamber and the City of Oklahoma City will attend the International Council of Shopping Centers’ RECon conference May 19-22 to connect with more than 36,000 retailers, business owners and developers in Las Vegas.

During the conference, representatives from Oklahoma City will meet prospective retailers and developers, providing exposure and “brand recognition.”

“Deals start there,” said Tammy Fate, Greater Oklahoma City Chamber manager of retail development and recruitment. “It’s an opportunity to showcase all of the development that’s happening in OKC.”

Oklahoma City’s sales tax collection is vitally important to the services that the City is able to provide and retail helps fund those.

“Retail ultimately funds critical services like police and fire departments and enhances our quality of life,” added Fate. “That means every dollar you spend in OKC keeps our city going. Beyond that, retail helps give areas a sense of place. Whether it is local or national retailers, places like the Plaza, Bricktown, Western Avenue, Uptown 23, Midtown, Penn Square and the Memorial corridor, creating an experience and gathering spot is a way to keep retail alive and vibrant.”

The OKC delegation will include Mayor David Holt; Cathy O’Connor, president and CEO of the Alliance for Economic Development; Jane Jenkins, president of the Downtown OKC Partnership; and Roy Williams, Chamber president & CEO. They will be working to attract new-to-market, destination retailers and work with developers to create experienced-based retail options for Oklahoma City.

National retailers consider a variety of factors when selecting a retail site. Factors including average household income, number of people within a given area, traffic counts and commuter patterns are crucial to identifying the perfect site. Competition is another factor that weighs in on decision-making. Retailers are attracted to a city with a positive population growth and a vibrant and affordable quality of life.

“Having a healthy downtown core resonates throughout the city and makes Oklahoma City an attractive market,” said Fate. “So much of our local identity is defined by our unique/one-of-a-kind local restaurants and boutique shops. We are thrilled every time we can recruit a Trader Joe’s or Cabela’s to the metro. However, lots of cities have Trader Joe’s. Concepts like Big Truck Tacos, Kitchen No. 324, Plenty Mercantile and Black Scintilla help create the fabric of our community that people identify OKC with when they visit our market. It’s a part of our DNA. It takes a healthy mix of local and national retailers to cultivate a city and provide a variety of diverse offerings to you as the consumer.”

This story originally appeared in the May 2019 edition of The Point.