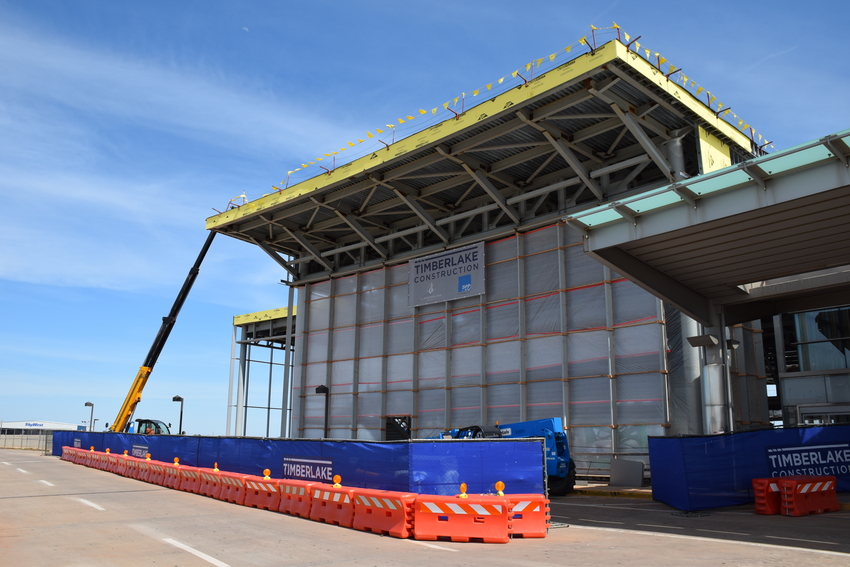 Though the traditional topping-out ceremony was canceled, construction has continued on the expansion at the Will Rogers World Airport.

This is the most recent addition at WRWA in 12 years. The last project, completed in 2006, focused on aesthetic improvements; updating the 60’s era terminal building.  However, that expansion only netted one new airline gate and the security checkpoint was designed pre-TSA. This expansion focuses on the need for additional airline capacity, improved public circulation space and enhancing the overall customer experience.

WRWA spokesperson Karen Carney said while air flight traffic has slowed because of the coronavirus pandemic, seeing the construction has given her hope.

“We’ll come back,” she said. “I walked over the other day to look at the progress being made and it’s exciting. This is going to be a beautiful terminal and statement for Oklahoma City.”

The airport was designed and engineered by FSB and being built by Timberlake Construction. There are about 100 people on the site daily and plenty of hand sanitizer stations. 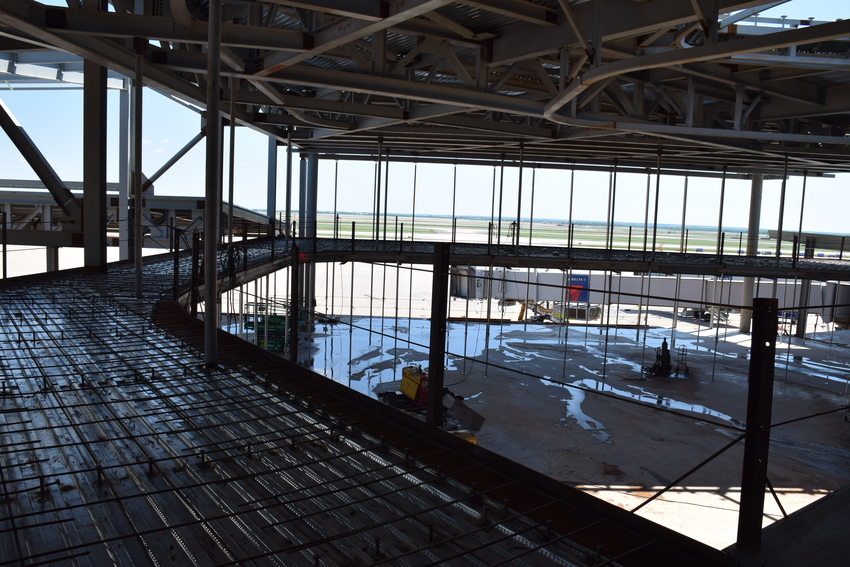 The elevated public circulation area will offer guests a different view of the airport's activity.

One highly anticipated feature of the project is an elevated public circulation area that will give non-ticketed visitors a place to view airplanes. Lounge seating in this new area will provide a comfortable place for the non-traveling public to watch aviation activity, without requiring them to purchase an airline ticket.

On the site, all the steel has been erected, Carney said, and interior work has begun. But the building isn’t fully enclosed yet.

“The next big milestone will be getting the building enclosed,” she said. “They’re pouring the floors now. They’re getting the glass in for the suspended floor in the observation gallery.” 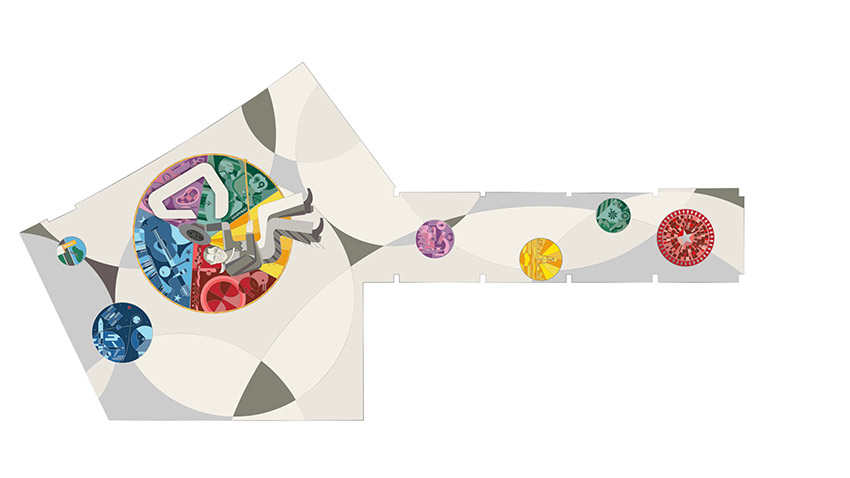 This fall, work is expected to start on the addition’s 1% art project, designed by Oklahoma City artist Matt Goad. The piece brings color and tells Oklahoma City’s story through a design in the terrazzo floor and in the glass in the elevated public circulation area. Oklahoma’s favorite son, Will Rogers, is featured prominently in the piece as well.

Carney said the project has not faced any supply-chain challenges.

“We’ve been very fortunate in having the materials we need,” she said.

Besides Goad’s work, another interior project is Delta Air Lines building out its new gates. Delta will relocate into three of the four gates.  The move will happen when it won’t interrupt airport traffic, Carney said, but the security checkpoint and the new concourse will have to be open first.

“So when we have those two spaces opening, it will likely be an overnight switch. The goal is for Delta to start its operation in the new gates on the same day we open the checkpoint,” Carney said.

The expansion is expected to open this spring, welcoming travelers as they return to the air.

“We want to be ready to move forward and have a great airport for all our businesses and our community,” she said.