Construction on Convention Center, Omni Hotel and Scissortail Park is on schedule 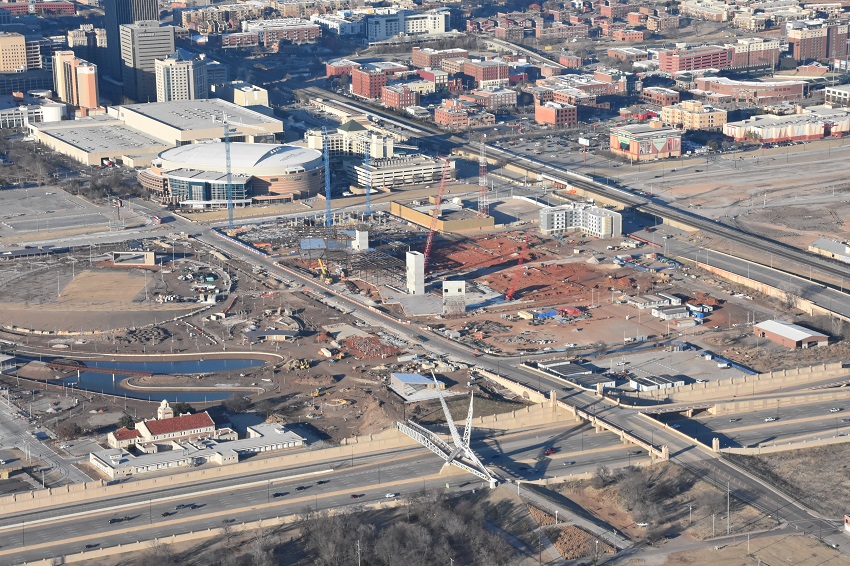 Steel beams are going up for the new MAPS 3 convention center, work is on schedule, and the facility is expected to open in 2020.

After months doing the underground work (building the pad, doing the plumbing and electrical) the structure is now rising out of the ground.

Besides the exhibit hall — bigger than three football fields and covering close to 5 acres — the convention center will have 45,000 square feet of meeting rooms.

Ground has also been broken and construction started on the Omni Oklahoma City Hotel, a 605 guest room convention center hotel set to open in early 2021.

The hotel is a $241 million investment and part of a public-private partnership with the city. Construction on the Oklahoma City Convention Center broke ground in June and is scheduled to open in 2020.

Construction of the future MAPS 3 Scissortail Park is coming along nicely. 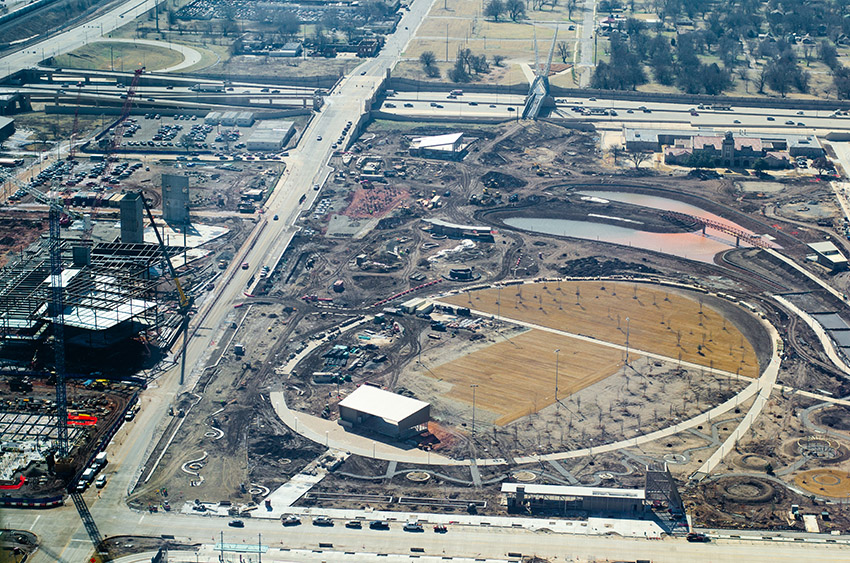 Scissortail Park consists of two sections, the 40-acre upper park between Interstate 40 and Oklahoma City Boulevard and the 30-acre lower park, south of the highway and north of the Oklahoma River. The land for the lower park has all been acquired and cleared.

The combined 70 acres, connected with the Skydance bridge over I-40, will be the largest park in the city when completed. The $139 million park will be across the street from the MAPS 3-funded convention center and a 17-story, 605-room Omni Oklahoma City Hotel.

The lake has been completed and filled, many of the structures built in the upper park are complete or nearing completion and include an amphitheater stage, boathouse, cafe, a block-long fountain and a 240-foot-long pedestrian bridge spanning the lake.

Landscaping also is well underway with 300 of the more than 900 trees already planted. The north section of Scissortail Park will be open by next fall, with the south section scheduled for completion in 2021.