Construction on Earlywine Clubhouse teeing off in early 2021 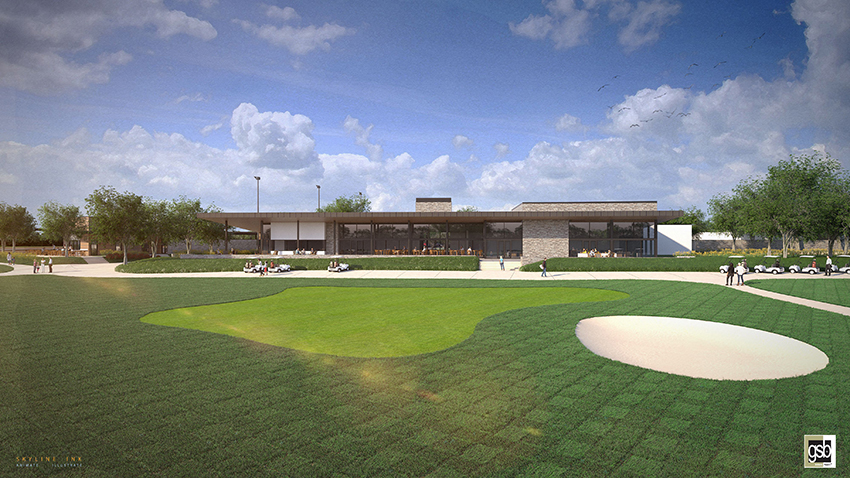 The back of the clubhouse features several windows, allowing natural light to illuminate the inside. Image courtesy of GSB, Inc.

Residents in south Oklahoma City could have a brighter place to hit golf balls by spring 2022.

GSB, Inc. Architects is continuing to work with the city on the design for the new Earlywine Golf Clubhouse, 11600 S. Portland Ave.

The architecture firm submitted its first round of plans in August 2019. Comments were received in December and another set of drawings were submitted last month. 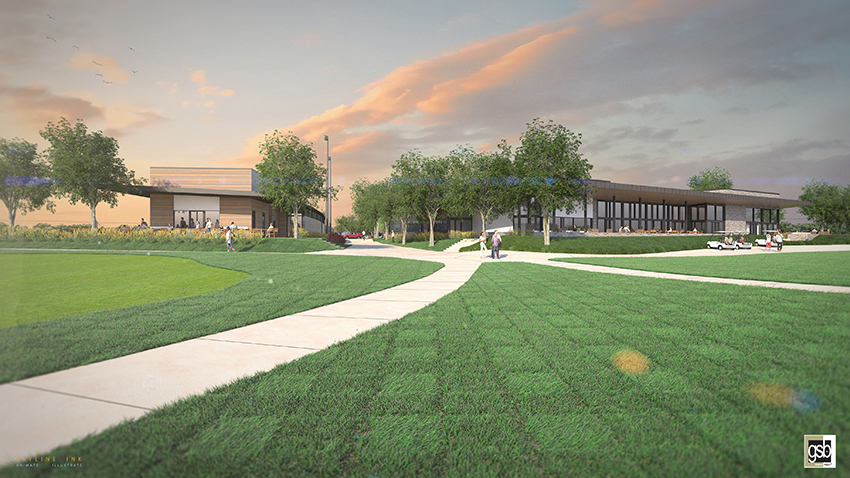 The covered hitting area is on the left and the clubhouse is on the right. Image courtesy GSB, Inc.

The $8.5 million, 18,600-square-foot building is being funded by the 2017 general obligation bond package. There are three clubhouses in the entire package, with Earlywine being the first on the list. The other two clubhouses to be built are at Lake Hefner and James E. Stewart, which is being designed by Miles Associates.

The new building will have a modern look, yet still appeal to guests of all ages. There will be large, glass windows on the side that faces the course, allowing natural light to fill the space. The building will have high ceilings and a covered porch on the golf side so people can sit out and take in the scenery. 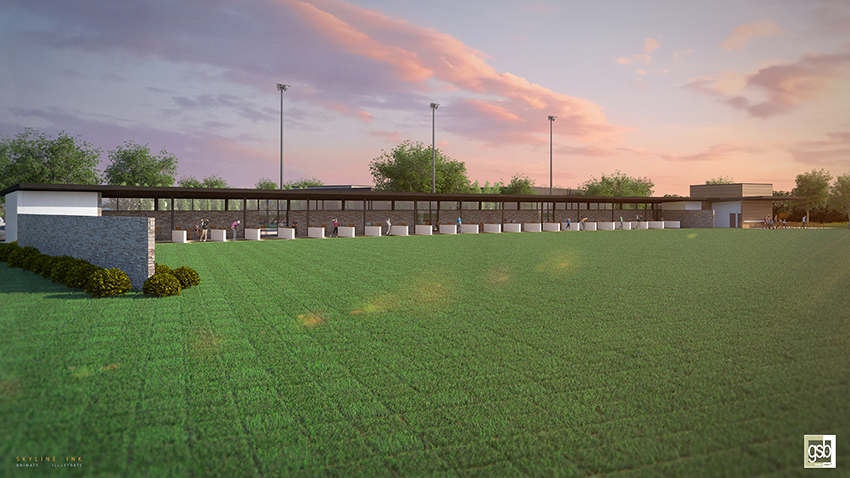 The updates at the golf course include more than a new clubhouse. The existing driving range will be widened and lengthened, with a 24-bay covered hitting tee area being constructed and lights being added for evening hitting. While it won’t be as technology-based as Topgolf or similar operations, the goal is to create a similar atmosphere, said Design Principal Mike Hinchey with GSB.

“Covered hitting was something the city and the community wanted to have,” he said. “The city wanted to create an opportunity for events and other activities.”

Oklahoma City Parks and Recreation Golf Trust Specialist Sean Simpson said the aim is to make Earlywine into a place that people want to hang out, offering a great restaurant, covered outdoor seating and an inviting atmosphere for hitting range balls. 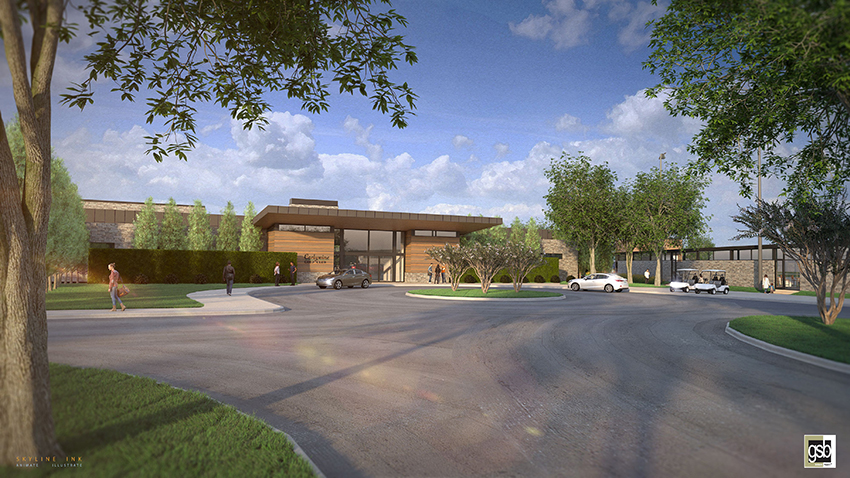 The new Earlywine Clubhouse is expected to be a destination for golfers and non-golfers alike. Image courtesy GSB, Inc.

The City is looking at offering a Toptracer technology, available for rent, so golfers can track how far their ball travels.

Having this entertainment-like option is something the City has been discussing as a revenue driver to make up for lost golf rounds (though as of May, golf rounds are up 2.2% year-over-year at City of Oklahoma City courses, with more than 181,000 rounds being played as of May 31).

Hinchey and his team likely won’t be spending much time on the links as they work to move the project forward. They’re creating two sets of additional design documents for the project, allowing some flexibility for project additions if they fit the budget.

“This will allow us to look at different options when we get the construction bids,” said Sean Simpson, trust specialist with Oklahoma City Parks and Recreation.

One option for the project is a 250-person event space. Early discussions on the new Earlywine clubhouse included creating an event space that’s larger than what’s currently offered. A study of event space needs in the southwest area showed that there was a business demand for a new venue.

The City saw non-golf revenue tick up at Lincoln Park Golf Course when the new clubhouse opened in 2015. The building has become a popular site for weddings and other non-golf events.

The initial plans for Earlywine space will fit as many as 175 people at 8-seat tables, though if the budget allows, the space could be made slightly bigger to accommodate 250 people.

Even with the COVID-19 pandemic causing large events to be cancelled, Hinchey said there hasn’t been any discussion to remove the event space.

The other flexible part of the design is the At The Turn grill. The building could be expanded to include a full kitchen. For now, golfers will be able to get hot dogs and other ready-made snacks, which will be prepared with concession-like equipment.

If progress continues as expected, construction documents will go out to bid in 2020’s fourth quarter, with work starting in early 2021. The building and new driving range area could be completed by early 2022.