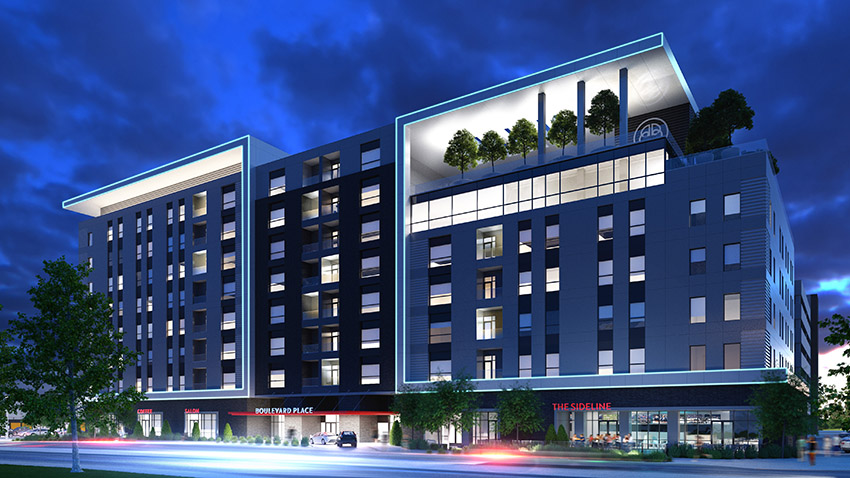 The largest of four housing projects proposed to be built next to the future Omni Hotel was chosen Wednesday by the Oklahoma City Urban Renewal Authority as it proceeds with an unprecedented effort to build a public parking garage wrapped with apartments and retail. 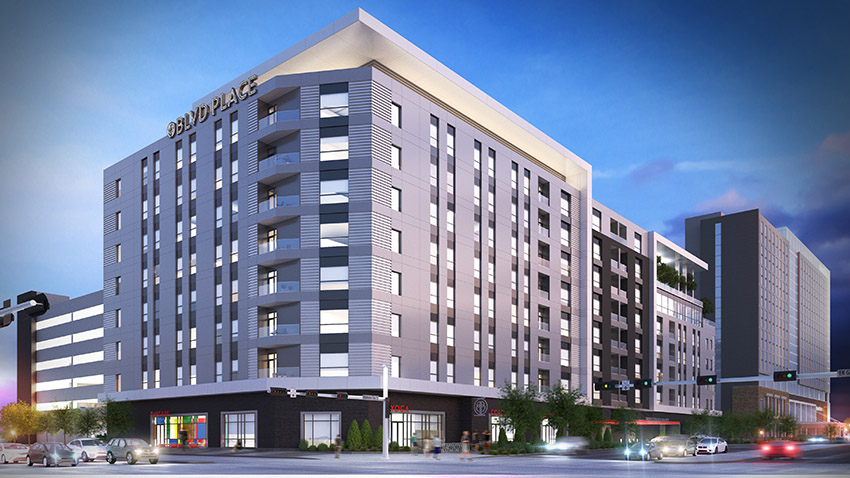 The $53 million Boulevard Place is designed at eight stories tall with 241 apartments, while the competing proposals were all five stories or less with 192 to 221 residences.

“This is going to be an eight-story, steel frame building,” said Tim Strange, who is leading the development with partner Steven Watts. “It's a big-league building for a big-league city.”

The design by FSB, meanwhile, is in complimentary color scheme and pattern as the neighboring Omni Hotel while the other designs were distinctly different.

Read the rest of the story at newsok.com, and get info on floorplans, interior renderings and more at boulevardplaceokc.com.

Special thanks to Laure Majors, Bonnie Hardwick and John Semtner at FSB for information, video and renderings that were used in this article.