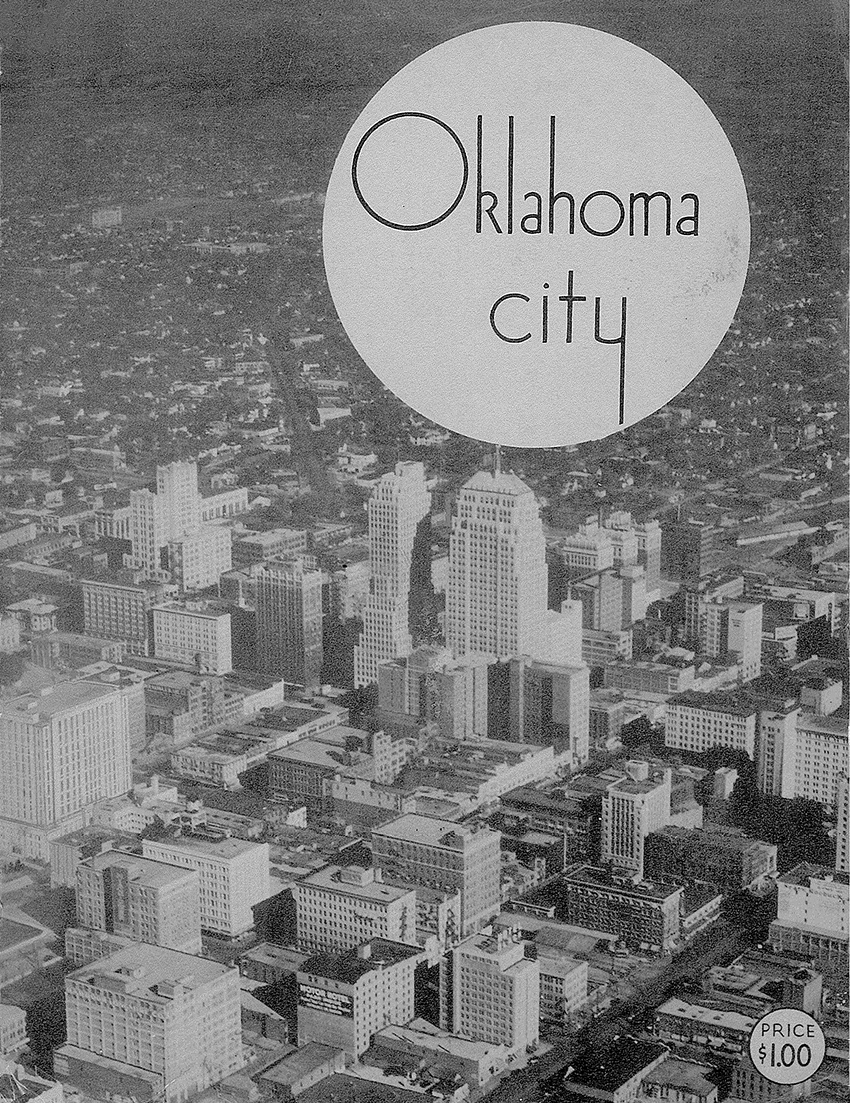 In 1937, the Greater Oklahoma City Chamber produced a publication celebrating the completion of Oklahoma City’s new civic center. Just like today, the Oklahoma City of 1937 was a bustling center of commerce, retail and visitors. Read the excerpts below for a glimpse into what Oklahoma City was like 80 years ago. 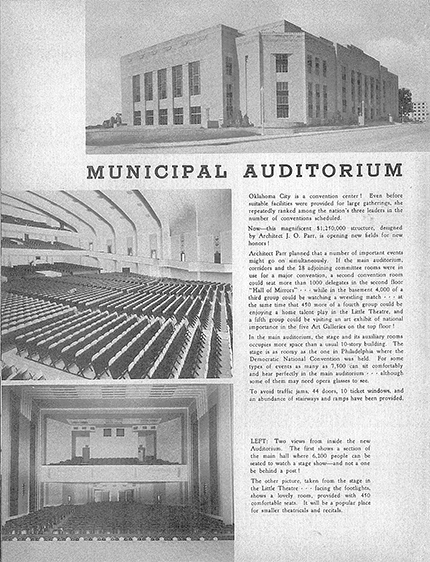 “As you know more (about Oklahoma City), your pride will grow more—you will feel the lure of this city of vitality. You will feel the freshness of this young and vigorous giant of the Southwest, will enjoy its cleanliness as symbolized in skyline towers unblackened by the soot fog of older, industrial cities. This is made possible by unlimited supplies of natural gas. You are in a city whose skyline has changed with kaleidoscopic frequency unlike the static picture of older, settled communities which look backward rather than to the future.

“Your new city is one of drama, peopled by citizens who believe in their community, who centralize their energies for their community’s sake through one of the nation’s greatest Chambers of Commerce … who celebrate their treasure of black gold, their strategic livestock market which has brought here a billion dollars in 25 years and other economic epochs with a glamorous spectacle and pageantry…a city which does not have its fiftieth birthday until 1939…a city which is attracting national interest as a convention, sports, agriculture, oil and business center…a city which is now rounding out the finishing touches of transforming a midtown railroad right-of-way into one of the most modern and complete civic centers of the nation.”

“When the thousands of visitors are attracted to Oklahoma City’s semi-centennial in 1939, few of them will miss seeing the $6,500,000 Civic Center which extends a block wide—from Harvey to Shartel Streets. It is located on land, formerly occupied by railroad tracks, which was purchased with part of the proceeds of a $4,000,000 bond issue. There are four major units to this huge project—45 percent of which was financed by a Public Works Grant.” Editor’s note: the four units of the Civic Center project mentioned above were the Oklahoma County Courthouse, the Municipal Building, the City Jail and Central Heating Plant and the Municipal Auditorium, which is now known as the Oklahoma City Civic Center.

“Oklahoma City is a convention center! Even before suitable facilities were provided for large gatherings, she repeatedly ranked among the nation’s three leaders in the number of conventions scheduled.

“Architect Parr planned that a number of important events might go on simultaneously. If the main auditorium, corridors and the 28 adjoining committee rooms were in use for a major convention, a second convention room could seat more than 1,000 delegates in the second floor ‘Hall of Mirrors’…while in the basement 4,000 of a third group could be watching a wrestling match…at the same time that 450 more of a fourth group could be enjoying a home talent play in the Little Theatre, and a fifth group could be visiting an art exhibit of national importance in the five Art Galleries on the top floor!” 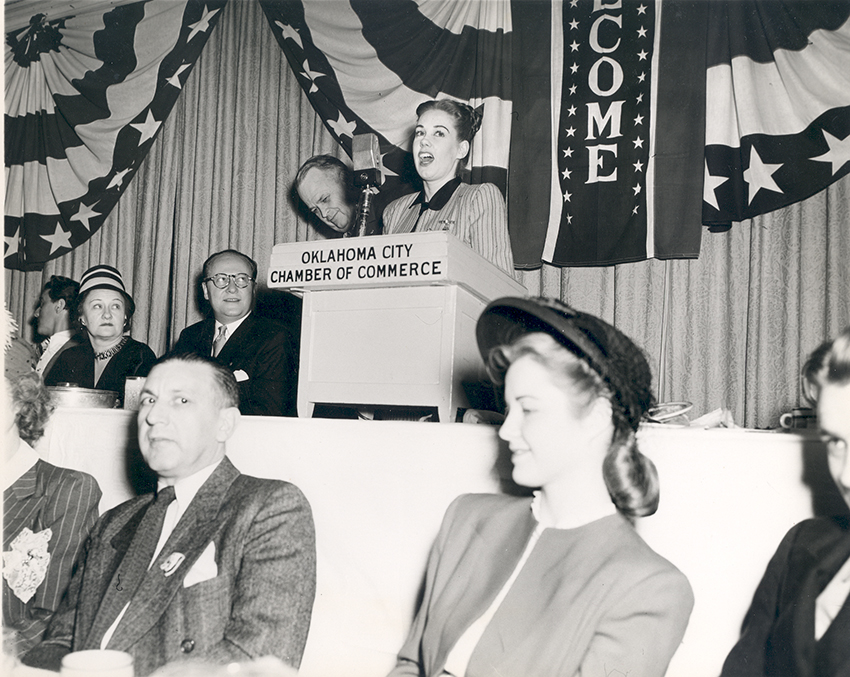 The Chamber’s office facilities in the 1930s included a dining room that hosted weekly Friday Forums. A Chamber Friday Forum in 1946 is pictured above.

“The Chamber of Commerce Dining Room is the scene of many an important banquet and luncheon. Citizens of the state’s capitol are famous for ‘getting together.’ They began it within 24 hours after the ‘run’ in 1889. In 30 days they had founded the present Chamber of Commerce.

“Newcomers and out-of-the-city visitors are always welcome to the Chamber’s Friday Forum noon luncheons. And the Chamber offices on the 9th floor of the Commerce Exchange Building are at the service of anyone needing information about Oklahoma City.”

Oklahoma City as a Retail Center

The Oklahoma City Economy in 1937

“Someone has said—‘To make money, go where the money is!’

“At the close of business, December 31, 1936, the combined seven banks of Oklahoma City had on deposit $107,929,00.00! Their combined resources exceeded 119 million dollars! During the year their combined debits were practically two billion dollars!

“Oklahoma City’s annual income would be difficult to estimate. Oil alone involves an expenditure of hundreds of millions! The last government report showed retail sales for 1935 over 72 million! Service establishments nearly 4 million more. Building permits exceeded 8 million. Manufacturing 67 million. Wholesale sales over a quarter of a billion! Money is made in Oklahoma City!”

Read more in the December 2017 Point.