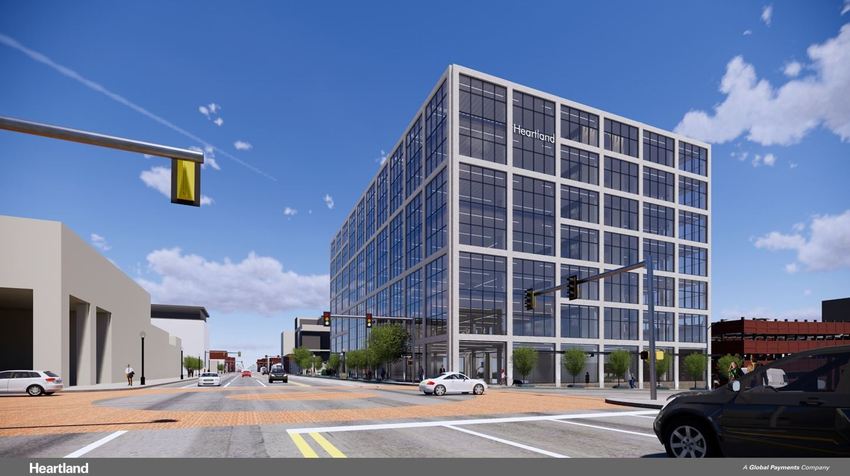 As part of its dynamic growth, Heartland, the U.S. division of Global Payments, recently announced it will move its headquarters to downtown Oklahoma City. The company will expand its workforce by 345 and build a new headquarters to accommodate its growth.

Heartland was founded in 1997 and currently has 150 employees located in Edmond. They are the fifth largest payment processor in the U.S.

“Heartland announcing they are not only going to expand their headquarters in the Oklahoma City region but also build a new building in downtown is extremely exciting for our community,” said Jeff Seymour, director of business development for the Greater Oklahoma City Chamber. “Heartland gave a hard look to markets outside of our state and for them to feel like Oklahoma City gives them the biggest opportunity for growth is a huge win for the region.”

As part of their expansion the company will build a new 100,000-square-foot headquarters in Automobile Alley on Fifth Street and Broadway Avenue. The new building will have six floors plus a ground-level lobby that will have space for two restaurants open to the public. 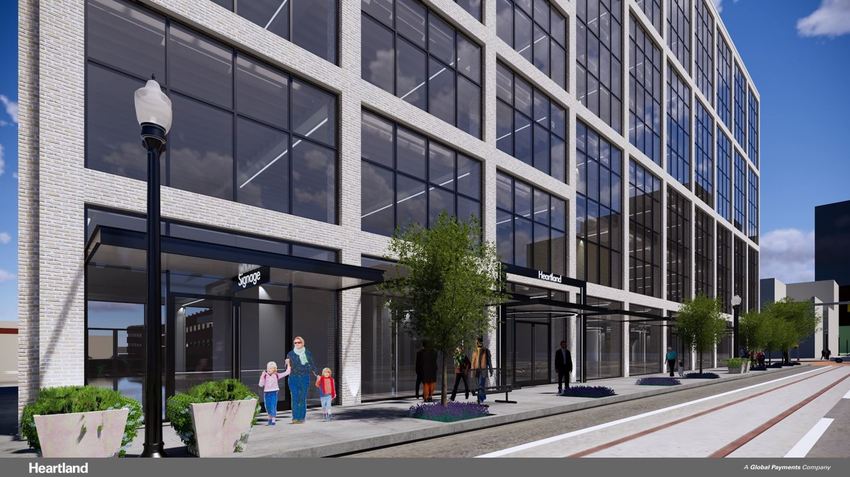 The building was designed by renowned local architect Rand Elliott and will front the soon-to-open OKC Streetcar. Tony Capucille, president of Heartland, has been recently quoted as saying being located on the streetcar route was critical in the company’s decision to move to Automobile Alley.

“We believe you are going to see more and more of this,” Seymour said. “The connectivity the streetcar will provide our community is hard to over sell. Companies see a real advantage in being located near the streetcar and what it can provide their employees.”

As part of its commitment to creating 345 new jobs at an average salary of $55,000 per year, earlier today the Economic Development Trust approved for City of Oklahoma City staff to begin incentive negotiations with Heartland. The incentives are part of the city’s Strategic Improvement Program (SIP) and are only paid if the company actually creates the jobs it commits to. The city council votes on final approval of the incentives.

Heartland is the third company in the past two months to announce it would be moving its headquarters to downtown Oklahoma City, joining Echo Energy and Hogan/Taylor.

“Frankly, headquarters rarely move,” Seymour said. “For three to announce moves this close together is really unique and special. I think it shows there is a real momentum happening downtown with the streetcar, downtown park and convention center coming online soon.”