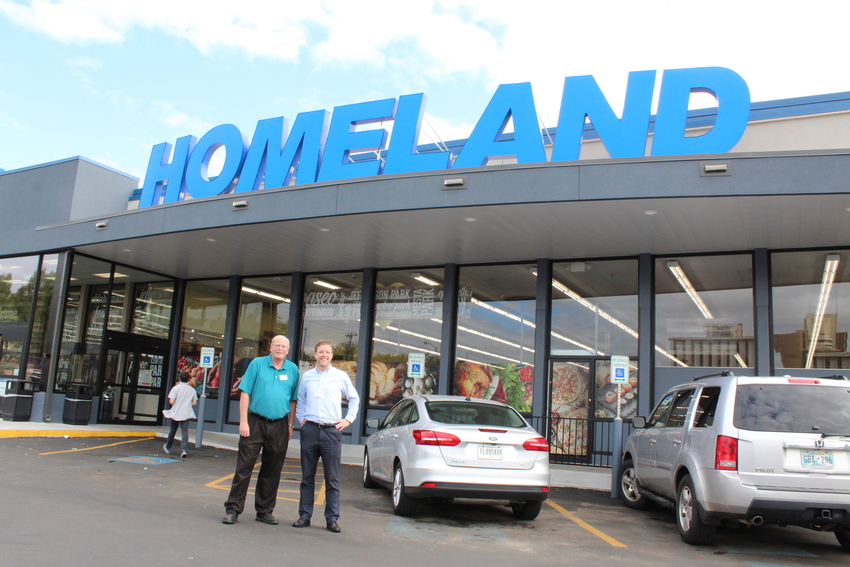 There is a distinctive neighborhood flavor to the newly remodeled Homeland grocery supermarket at Northwest 18th St. and North Classen Blvd. in Oklahoma City. It might be the “Welcome Friends, Locally Owned – Community Proud” sign that greets you as you enter the store.

Or it could be that each aisle features signage that honors an historic Oklahoma City neighborhood such as Uptown, the Plaza District, Deep Deuce and many more.

Built in 1974, the 22,000-square-foot store underwent a $3 million facelift in early 2018 and debuted the new look store in July. The ambitious remodeling effort essentially saved an important landmark grocery store for the surrounding neighborhoods, as well as for nearby downtown Oklahoma City.

“I don’t know if it had been touched since 1974,” said Marc Jones, president and CEO of the employee-owned grocery chain that is headquartered in Oklahoma City. “It was tired, didn’t have everything that we offer in a lot of our other locations. This was not the appropriate store for the neighborhood.”

Today, it clearly is the appropriate store for the neighborhood. And neighbors are shopping there. Sales have almost doubled over pre-remodeled days, Jones said.