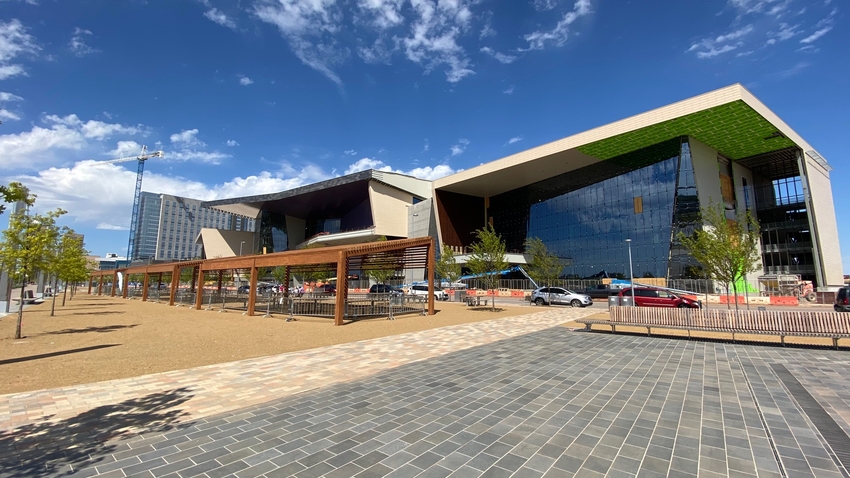 Construction on the new Oklahoma City Convention Center has mainly moved indoors as work continues into the summer months.

The 270,000 square-foot center is the last of the landmark MAPS 3 projects, with the lower part of Scissortail Park still to come. Construction on the convention center is expected to be complete in September, but events won't start until a few months later, giving enough time for the ASM Global management staff to get used to the new facility.

"There's been very little disruption on the site," said David Todd, MAPS director for the City of Oklahoma City. "There are procedures in place to keep everyone healthy, with as much distancing as possible. Even with 300 people on the site, there's still considerable distance between everyone." 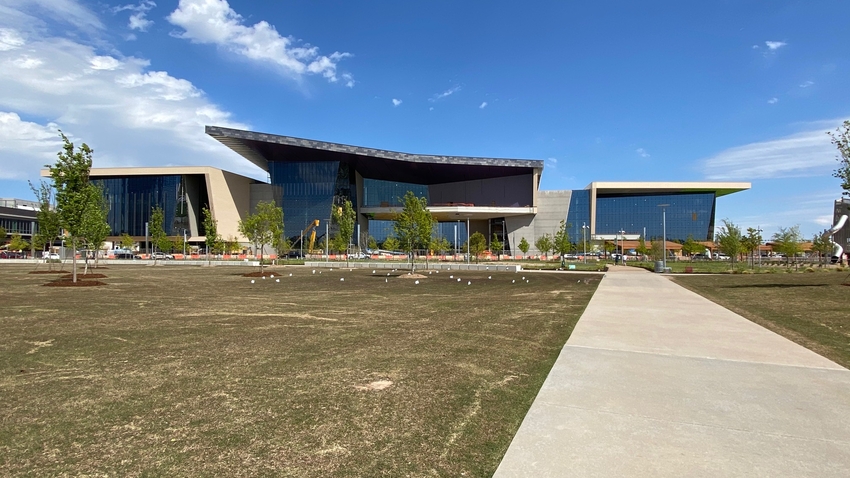 The bathrooms are nearly complete in a lot of areas, Todd said, and the flooring has started on the building's north end. As the painting and flooring is done on the north, the workers move south through the building.

There's a lot of floor material to be installed, especially in one place. The building has a 200,000-square-foot exhibit hall on the first floor. The four-level building includes 45,000 square feet of meeting space with operable walls in many of the rooms, allowing for up to 27 individual meeting spaces. On the fourth floor, the building has a 30,000-square-foot ballroom that is divisible into two sections, complemented by 10,000 square feet of pre-function space and a 4,000-square-foot balcony that overlooks Scissortail Park.

Todd said he thinks the location was perfect for the convention center. The park's proximity also gives the city a competitive edge in recruiting meetings and conferences. ASM Global is managing the new center and on the existing convention center, which will help with coordinating events at both venues.

The Oklahoma City Convention and Visitors Bureau has already seen success in recruiting new seven events to the venue. Organizers anticipate a total of more than 37,000 room nights and $20 million in direct economic impact from these bookings.

“It’s an honor to be the host city for such high-caliber conferences,” said Mike Carrier, president of the Oklahoma City Convention & Visitors Bureau. “The new venues and infrastructure throughout downtown show OKC’s commitment to the meetings and convention industry, and we can now provide a unique attendee experience for even larger events.”