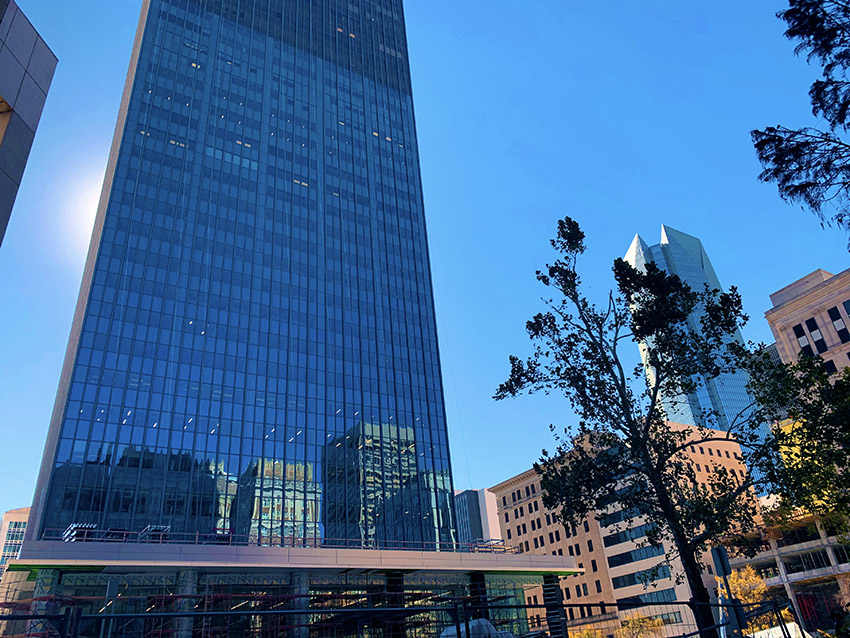 BancFirst made headlines when they purchased the former Cotter Ranch Tower in 2018, as downtown observers and leaders breathed a sigh of relief that such an important, prominent piece of Oklahoma City’s skyline and downtown history would be in good hands going forward. However, few anticipated the level of investment the bank was prepared to bring to the project in an effort to improve and contribute to the revitalization of downtown and the local pedestrian experience. 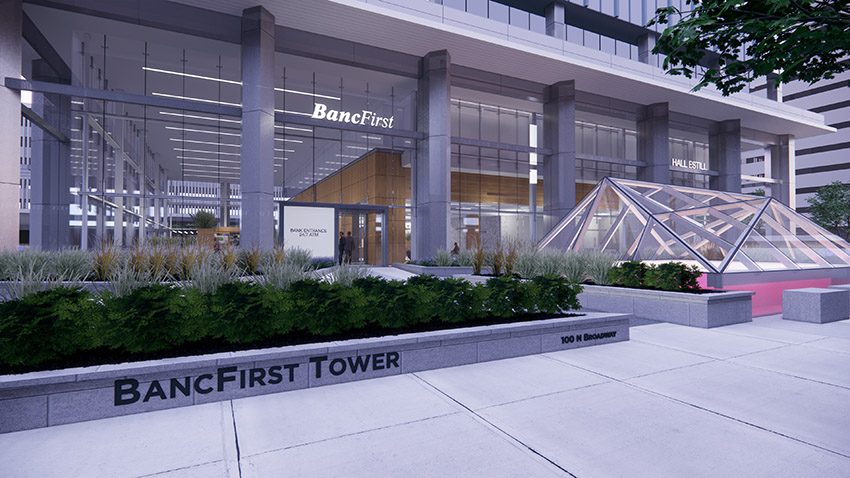 BancFirst is excited to be making such a substantial investment in downtown. David Harlow, CEO of BancFirst Corporation, said the company was out of room at its building at 101 N. Broadway and was leasing a floor in the tower. The bank’s technology and operations center by Will Rogers World Airport was running short on space as well. Harlow pointed out that the company is making the investment in BancFirst Tower on its own dime, as there are no tax credits or other financial incentives being used on the renovation. 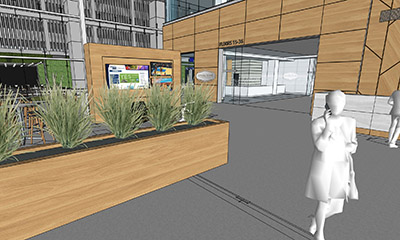 In total, BancFirst will have 425 employees in downtown by July 2021.

“Our investment was both out of necessity and a desire to remain downtown,” he said. “The tower is good long-term solution for us and our ownership of the tower is certainly a great outcome for downtown. Corporate headquarters are important for cities. We are here for the long haul and excited about the prospects for BancFirst Tower, its role in our company’s future, and its place in the ongoing redevelopment and renaissance of downtown Oklahoma City.”

As the renovation has progressed, BancFirst has already moved some employees into its new downtown headquarters and plans are being made now to get more employees into the building starting in January.

“Our employees are really excited about the move,” said Harlow. “We are currently spread out in three locations and having us all under one roof I believe will yield long term benefits for our company. Obviously with COVID we are all a little fatigued with all the issues that come with that; however, there will be a day when that is behind us and downtown comes fully to life again. In addition to our project, there are many exciting projects recently completed or currently under construction including the First National project, the new convention center and Omni Hotel, and Scissortail park to name a few. In the next year or so when all of these projects are completed and we come out the other side of the pandemic I think downtown is poised to continue its remarkable transformation.” 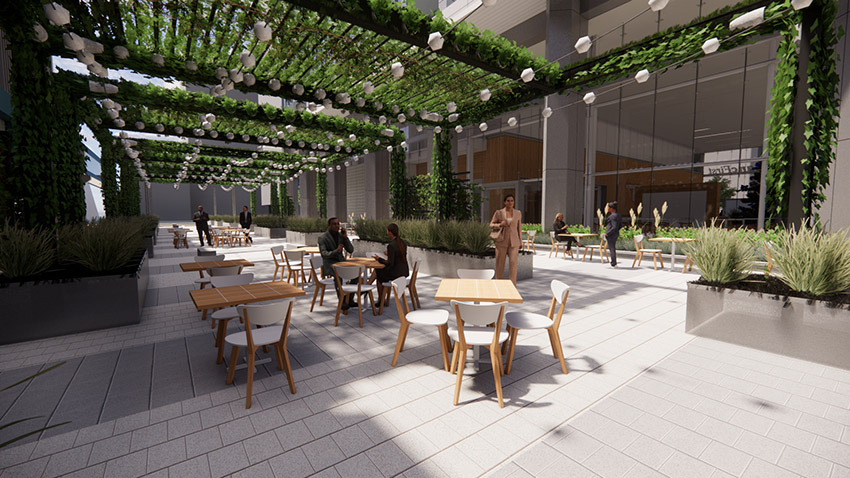 BancFirst is working with its longtime architect, fellow Chamber member Bockus Payne & Associates, on the renovation plans for the tower’s exterior, the concourse in the tunnel, the lobby and the exterior plaza.

Chamber member ADG designed BancFirst’s office floors, with the building’s other floors already having tenant renovations throughout the years. Chamber member Lingo Construction Services, Inc. is overseeing bringing all those designs to life. 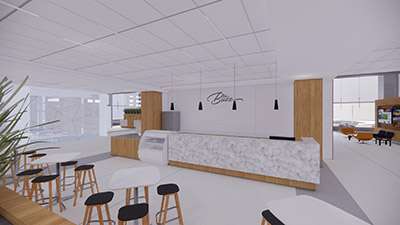 “We have a great team working with us and we feel like we are on the downside now,” said Harlow.

Phase 1 renovations on the lobby, north outdoor plaza and Underground started in October 2019 and are scheduled for completion on January 4, 2021. In the plaza, outdoor pergolas and areas for food trucks will allow placemaking and activation of the public spaces in ways that weren’t possible before. People will also notice “lanterns” that will bring natural light to the Underground. Valet service will also be added to the north entrance for both customers and tenants. When the lobby opens, visitors will also find the Petro Deli in the lobby with a brand new look. The Buzz coffee bar from the Underground will also have a presence in the lobby with many new types of specialized coffee.

The Hot Tamale Grill will return to the Underground, in the same location, with an updated look. The Executive Barbershop will be across from Hot Tamale. Other Underground additions include teller kiosks, a contract U.S. Post Office, safe deposit boxes and offices for Universal Bankers. BancFirst employees will be able to enjoy their breaks in a new employee lounge. 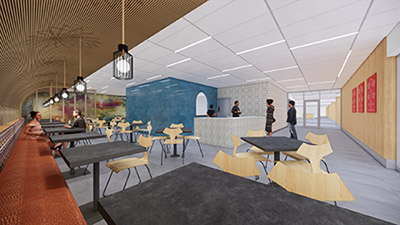 Above the lobby, renovation and demolition work is ongoing in floors 2 through 14. Most floors should be done by January for employees to begin occupying.

Outside, people will notice the ongoing glasswork, which is expected to be done in January 2022. The glass is being installed one floor at a time, going around the building from north, east, south then west.

The final touch to the building will be the new BancFirst sign, which will be quite large, with 14-foot-tall letters. The sign should be hung in early 2022 and Harlow said people should expect a big celebration.

“Upon completion BancFirst Tower will occupy a prominent position on the downtown skyline, a literal sign of our dedication to the city and the people of this great state,” said Harlow.