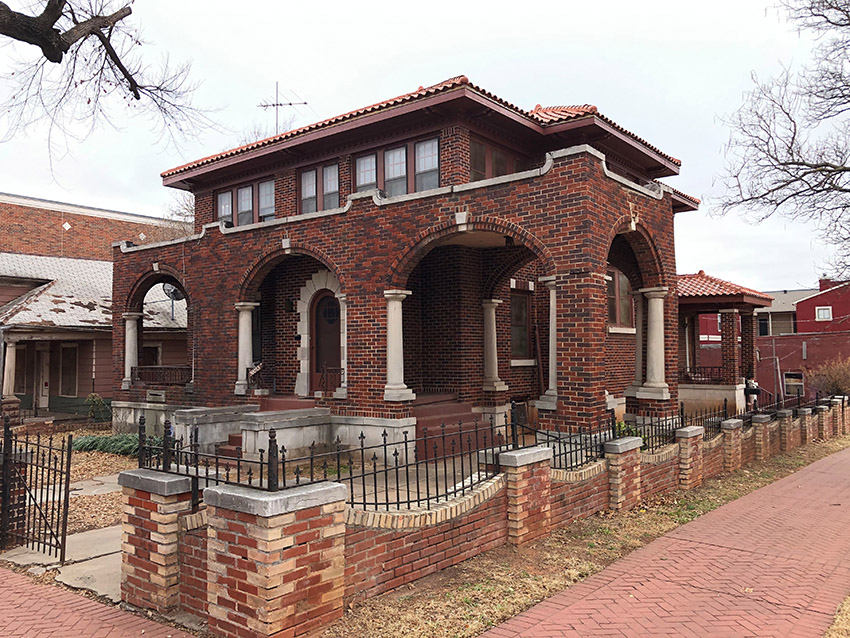 The Lyons Mansion was built in 1926 for S.D. Lyons, an entrepreneur who worked in the cosmetics industry.

Oklahoma City Urban Renewal Authority will soon start holding meetings with stakeholders and hosting community discussions about what can feasibly be done with two buildings connected to Oklahoma City’s history.

OCURA received a $75,000 grant from the National Trust for Historic Preservation’s African American Cultural Heritage Action Fund to develop a business plan for the Lyons Mansion and the Brockway Center.

The grant was part of a total $1.6 million that the Trust awarded to 27 sites and organizations across the U.S. 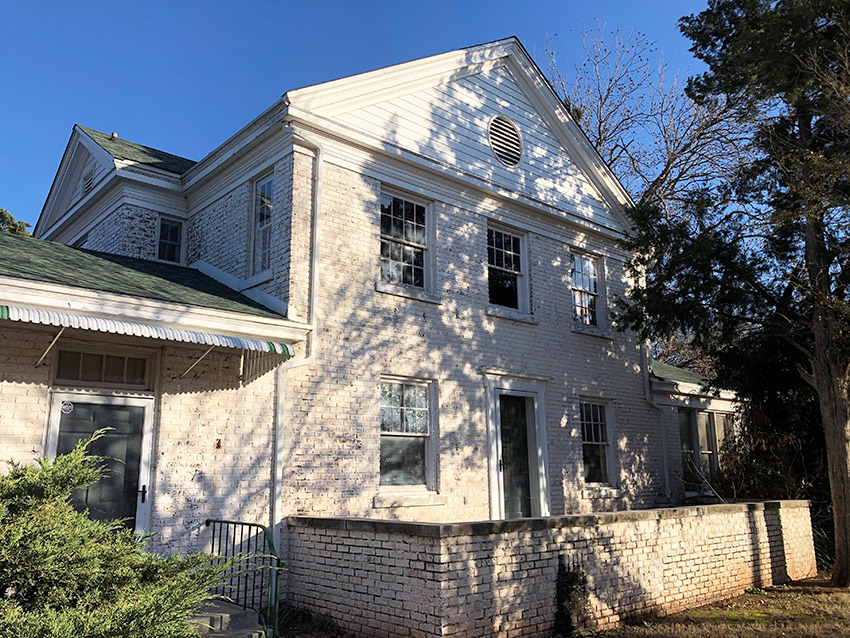 The Brockway Center was almost demolished in 2019, but has been saved for a future use.

Leggs was familiar with the Brockway Center since the Trust advocated to save the building when it was being considered for demolition in 2019. The Brockway Center, 1401 N Everest Ave., was built in 1915 and for about 50 years served as the headquarters for Oklahoma City Federation of Colored Women’s Clubs. The Club worked on civil rights campaigns and during segregation led efforts to improve childcare, education and elderly care. 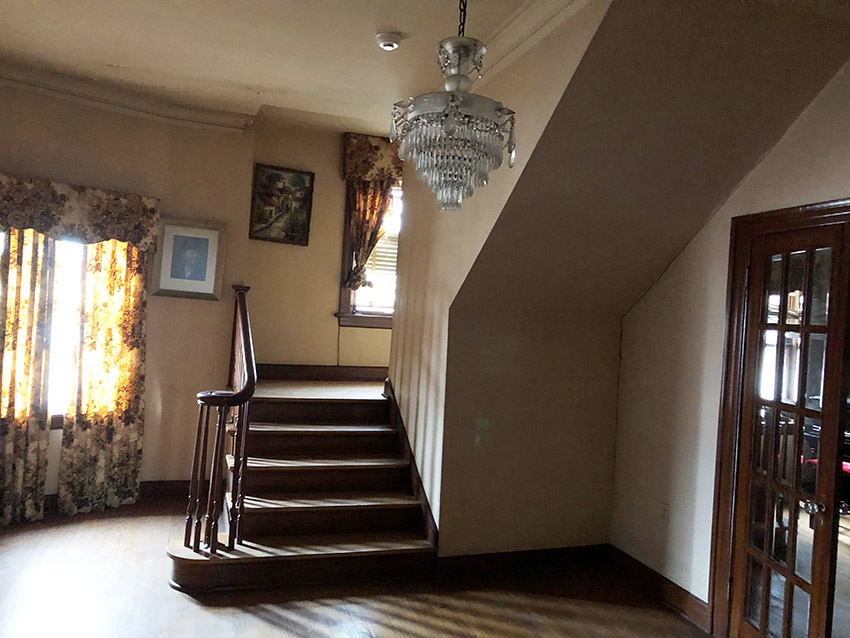 Inside the Lyons Mansion

The Lyons Mansion, 300 NE Third St., is more often known as the Luster Mansion and was built in 1926 for S.D. Lyons and his East India Goods & Manufacturing Company. On the site, Lyons made his hair tonic, soap and perfume that was popular with Black residents across the U.S. Besides the home, the site has buildings where Lyon would manufacture his products. Lyon’s stepson, Melvin Luster, last lived in the home.

Leggs saw both buildings in person when he came to the city after being invited by Cliff Hudson. The former CEO of Sonic Corp. relishes learning about history and enjoys sharing Oklahoma City’s history. He served on the National Trust for Historic Preservation’s board for several years.

Hudson was involved early in the process to start the African American Cultural Heritage Action Fund. He and his wife and scholar Leslie Hudson attended the fund’s kick-off dinner in 2018, where he met Leggs.

“I remember telling him that Oklahoma City is where Ralph Ellison is from and though Ellison’s home isn’t there anymore, the area around it has some other places we could recognize,” Hudson said. 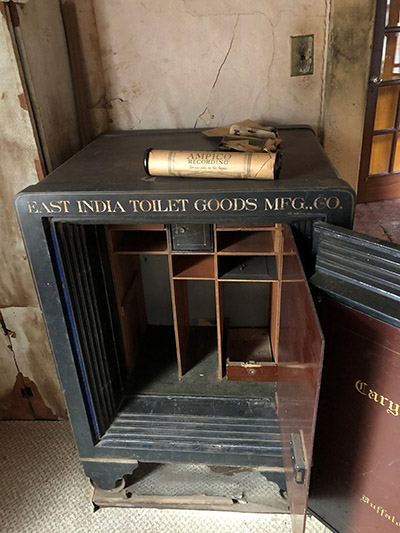 An original piece inside the Lyons Mansion, where entrepreneur S.D. Lyons made his hair products.

One of those places includes the Lyons Mansion. Leggs also learned about the Clara Luper Civil Rights Center and the Freedom Center being constructed as part of MAPS 4.

“Hopefully, (this work with the grant) will be a small piece of a much bigger effort,” said Hudson. “We need to shore up and celebrate those places that played such a crucial role in our city’s history.”

The Hudsons believe in the work so much that they donated $100,000 to the Action Fund.

Additional projects that help tell Oklahoma City’s story include the renovation of Frederick Douglass High School as part of the Page Woodson apartment complex. Douglass was the only all-Black high school in the city during segregation. In the restored auditorium, Duke Ellington, Charlie Christian, Jimmy Rushing and Ellison all performed.

There’s also work underway by a local group of residents to create life-size statues of the Katz drugstore sit-ins.

“I think OCURA is creating some great public engagement opportunities to direct resources and greater attention to the remaining history that lives in Oklahoma City,” said Leggs. “When American see first-hand and learn something new about our nation, in essence we are learning about ourselves.” 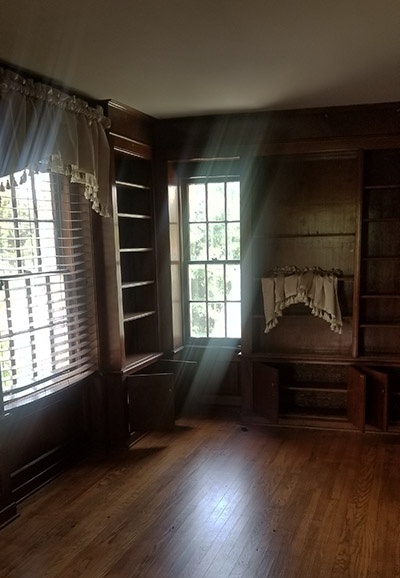 Ihe Brockway Center was built in 1915.

The next step will be for OCURA to hire the planning consultant, then the community meetings will start.

O’Connor said OCURA has received some interest from groups that want to use one of the buildings. OCURA doesn’t want to own the buildings forever, though a long-term lease isn’t out of the picture.

“We purchased them with the idea that we would figure out a way to renovate and reuse them,” she said. “The challenge is finding a financially feasible way to reuse the building that helps create enough money to preserve it and pay for future upkeep.”

O’Connor commended Ward 7 Councilwoman Nikki Nice for her support of the projects.

The Trust is trying to raise $25 million to help save sites across the U.S. tied to Black history. Leggs said he expects even more proposals in 2021 as cities start to reckon with and rediscover their own Black history.