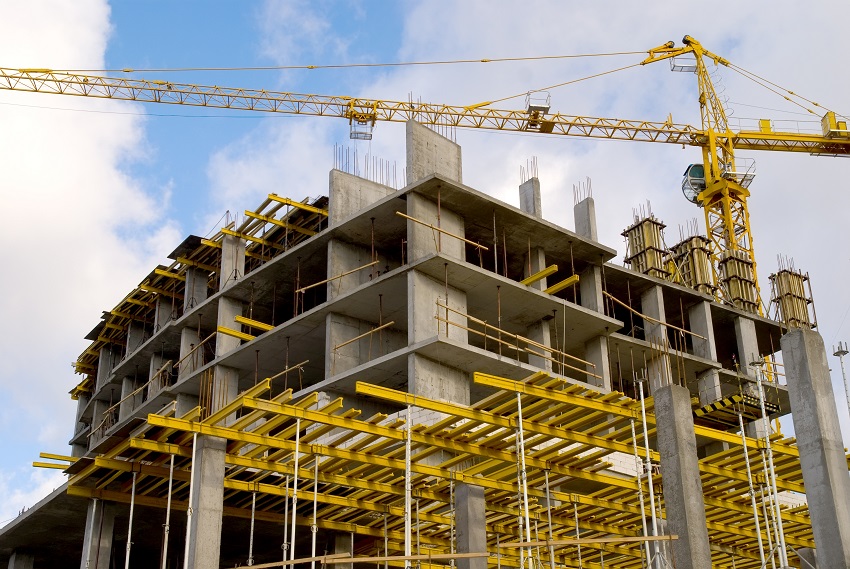 What, exactly, is an Opportunity Zone?

An Opportunity Zone is a designation created by the Tax Cuts and Jobs Act of 2017 allowing for certain investments in lower income areas to have tax advantages. The purpose of this program is to put capital to work that would otherwise be locked up due to the asset holder's unwillingness to trigger a capital gains tax.

The zones were proposed by U.S. Sen. Tim Scott and supported by Sean Parker's Economic Innovation Group. States may designate up to 25 percent of low-income census tracts as Opportunity Zones.

In order to qualify, the Opportunity Fund needs to invest more than 90 percent of its assets in Qualified Opportunity Zone Property that is located in an Opportunity Zone. The property must be significantly improved, which means it must be an original use or the basis of the property must be doubled of the basis of the non-land assets. Capital gain taxes are deferred for investments reinvested into investments in these zones and, if the investment is held for ten years, all capital gains on the new investment are waived.

The first Opportunity Zones were designated in April 2018.

In Oklahoma City, eight areas have qualified as Opportunity Zones, offering incredible potential for development in some of the city's key geographical areas.

A panel of Opportunity Zone experts recently addressed more than 200 of Oklahoma City’s business leaders during a Chamber Forum luncheon, discussing those investment opportunities, how they can be taken advantage of and how they will impact neighborhoods in areas throughout Oklahoma City.

How were OKC’s Opportunity Zones chosen?

“We did receive some guidance from the State Department of Commerce about the number of census tracts we could include and how they wanted us to focus,” said Cathy O’Connor, president & CEO of the Alliance for Economic Development of Oklahoma City. “Basically, we were focused on Oklahoma County, identifying the low income communities where we thought it was most likely to see investment within that ten year time horizon that's mentioned in the federal law.

So we convened a group, of people from the City Planning Department, some developers, some experts about how the program would work. And we set about trying to identify the census tracts that we thought were most likely to create the most benefit for Oklahoma City.” 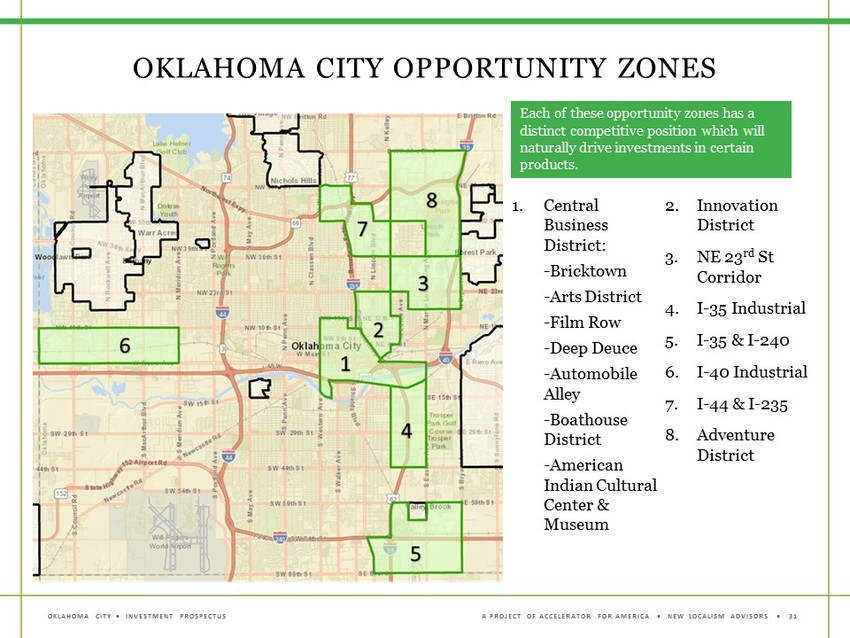 Scott Meacham, president and CEO of nationally recognized start-up i2E shared his insight on what was behind the creation of Opportunity Zones.

“I think, you know, if you go back to the policy, what Congress was trying to do was to unlock capital gains and get them deployed in areas that they viewed needed economic development. Well, an easy and probably the simplest application right now is in real estate. There's actually regulations out for real estate. They actually made them kind of investor-friendly.”

Okay, it’s obviously trending right now. But how does it work? Glad you asked.

What happens after 180 days?

Why should anyone consider investing in an Opportunity Zone?

“You've sold your Microsoft stock, you invested in an Opportunity Zone Fund within 180 days, now you get to defer the capital gain on that till the end of 2026 or earlier if you sell your investment in the opportunity zone fund,” Denney explained.  “That's the first big benefit, you get the deferral of capital gain. If you hold the investment in your Opportunity Zone Fund for five or seven years, did you get an adjustment in basis? So when you do sell, when that 2026 date does come around and you have to pay that tax, then you pay less tax than you would have otherwise paid. And then, the final benefit, which is the one that's considered to be the most beneficial, is that investment that you have in the Opportunity Zone Fund. If you hold it for ten years and then you sell it, then whatever capital gain is generated by that transaction is not taxable, so long as that transaction comes before the end of 2047.”

“To me, that is the real power in the social side of this,” added Meacham. “The ability to do some of those kinds of things in these traditionally, blighted areas. You know, maybe it's a housing project where housing deals didn't really work as well before or something like that.”

The bottom line? Just as the phrase Opportunity Zone implies that there must be an opportunity. Each of the zones in Oklahoma City offers different potentials for meeting some goals of improving lower-income neighborhoods and providing return on invested funds.

That’s a win-win for investors and Oklahoma City.