OKC trail loop to be completed in 2021 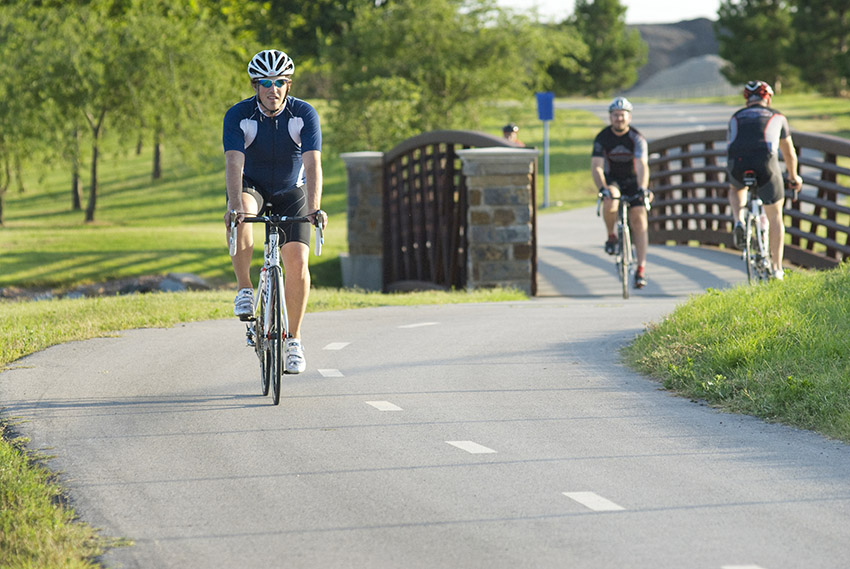 Plans are being finalized now for two new sections of the trail system that loops around Oklahoma City. When both sections are completed in fall 2021, the city will have a 42-mile trail loop.

MacArthur Associated Consultants is leading the design and engineering on the southeast gap that will close the connection from the loop’s eastern-most section, the Katy Trail, to the Oklahoma River Trails. Halff Associates, the project’s subcontractor, will provide landscape architecture services along the new 5.3-mile trail section and design the traffic connections. Halff will also design the trailheads and landscape amenities at those areas. 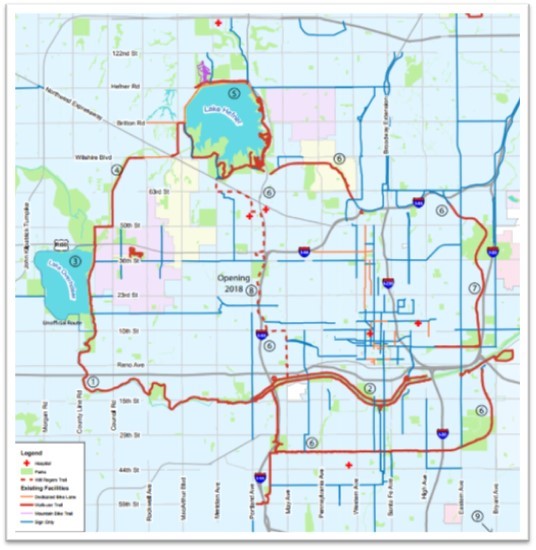 MacArthur engineer Russell Kent said the company has history with the southeast trail connection. In 2005, the city hired MacArthur to study the area and see if a new trail section would even work.

“We had a lot of background on this project,” Kent said.

The final design is expected to be complete in July, with construction bids opening in late fall.

Brandon Boydston with the Oklahoma City Parks Department said the city didn’t have to purchase additional land or right-of-ways with this connection because it was already owned by the parks department and managed by the Oklahoma River Redevelopment Authority.

The trail is being funded by the 2007 general obligation bond package and with funds from the Oklahoma Department of Transportation. When completed, it will provide cyclists and other pedestrians access to a variety of attractions in the city, such as the Boathouse District, the First Americans Museum and the James E. Stewart Golf Course.

Users will be able to cross the Oklahoma River along a new connection on S Eastern Avenue. This connection will take cyclists and other pedestrians to the Katy Trail at NE Fourth Street by James E. Stewart Golf Course. The south side of the OK River Trails will be extended as well, connecting at Eastern Avenue.

The western-most connection with this section is on the north side of the Oklahoma River Trails at S. Byers Avenue, between the Chesapeake Boathouse and the Chesapeake Finish Line Tower.

Kent said he enjoys working on these projects.

“Cycling is one of my passions, so I have a personal interest in seeing the trails constructed,” he said. “I think that’s one of the reasons we’ve been so successful in this type of work. I want to make sure they’re done right. We also have to keep in mind that they’re multi-use trails, so we have to design them for everyone when building them.” 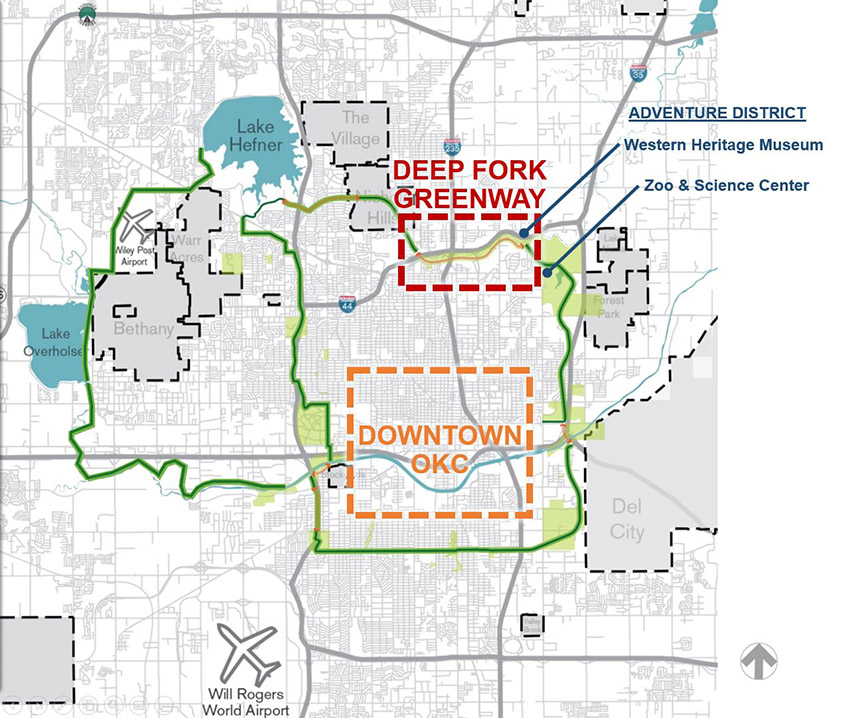 The northern connection of the trail loop will take cyclists and other users from NW 63rd Street and Grand Avenue all the way to the Katy Trail. The trail is being designed by Halff Associates, which has done similar work in Dallas and throughout the southeast. The company is also designing way-finding signs to be installed for the entire Oklahoma City trail system.

Halff Planning & Landscape Architecture Director Nate Clair said the company has been working on the Deep Fork Greenway connection for almost two years as the scope of the project grew from a ¾-mile trail segment to 4.5 miles. The project is being funded through a federally-backed grant program overseen by ODOT as well as the city’s Better Streets/Safer Cities temporary sales-tax initiative.

Clair said the Halff team is working to make sure the trail has amenities that make it family friendly, rather than just a way to get from one place to another. The existing Zach D. Taylor Park is along the new route and provides one of many access points for nearby neighborhoods.

With its proximity to Bishop McGuinness High School, Clair said Halff expects the trail to be used by the school’s cross country team.

The 12-foot-wide trail will follow the Deep Fork Creek & Interstate 44, taking users through tree-covered areas. The trail will take families, riders and other users through the Adventure District, so it will be an economically-friendly connection to many tourism destinations, he said.

The 4.5-mile connection will wind under the new Interstate 235-44 intersection, by the Lincoln Square apartments, under Lincoln Avenue then continue east to connect to the Katy Trail near the National Cowboy & Western Heritage Museum.

There are eight bridges along the route, being engineered and designed by the Halff team.

Clair said the project has allowed the team to be creative, especially as they’ve faced the many challenges that come with the terrain.

“This is a really unique opportunity to do something different,” he said. “It’s our company’s mission to improve lives and communities by turning ideas into reality and we bring a creative, unique approach to these types of projects. This falls right in line with that since this trail will touch so many lives and create memorable experiences for countless residents.”