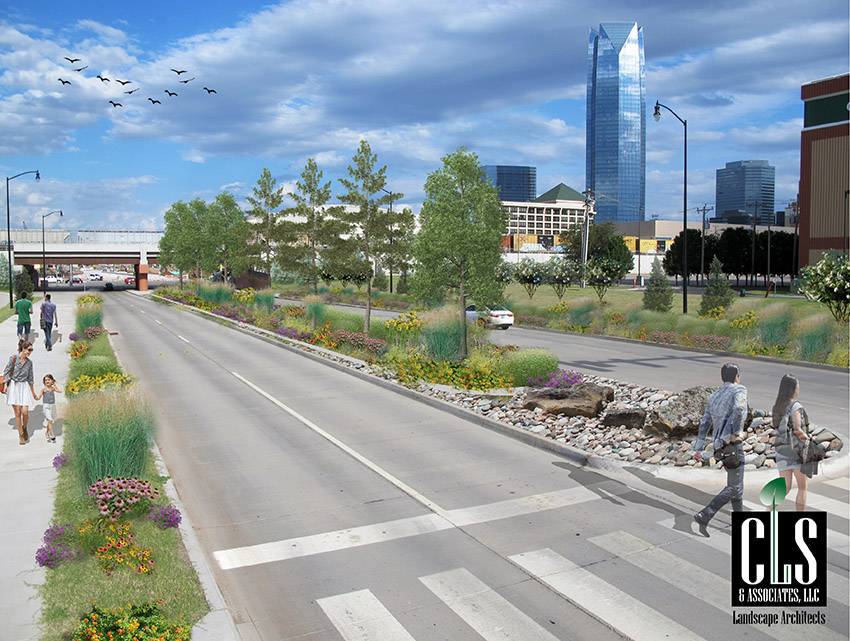 That's when officials are slated to dedicate the newly completed Oklahoma City Boulevard.

The result of years of planning and construction, Oklahoma City Boulevard will provide the final link reconnecting downtown Oklahoma City's central business district with the relocated I-40 Crosstown Expressway.

Oklahoma City Boulevard, at a construction cost of about $100 million, is intended to be a centerpiece in the city’s Core to Shore development plan just north of the Oklahoma River. It will also serve as a gateway to sites such as a new, 70-acre park and a convention center being built under the MAPS 3 sales tax issue. 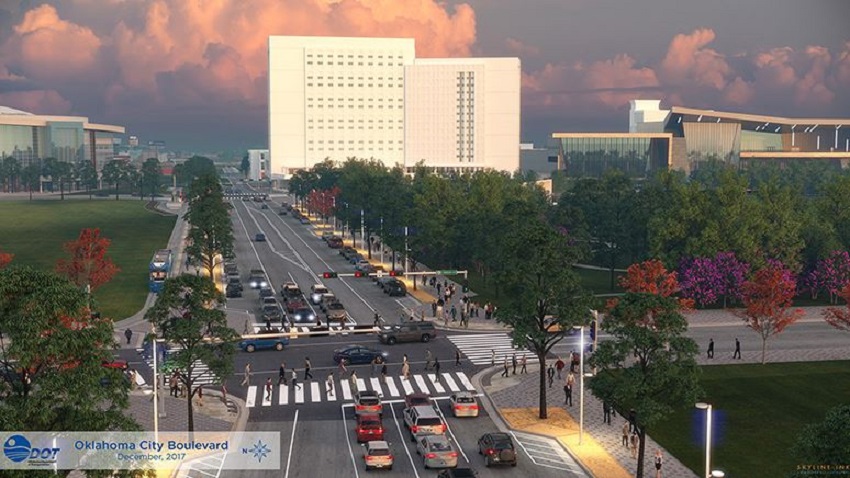 The boulevard, which has been opening in phases, is expected to be a boon to both downtown commerce and commuters. The vision for Oklahoma City Boulevard arose out of the decision to realign the I-40 Crosstown Expressway a few blocks south of its old route when officials began planning to replace the crumbling raised highway in the 1990s.

The realignment isolated I-40 from downtown Oklahoma City and the boulevard was designed to reconnect the two.

Constructed in the footprint of old I-40 bridge, the four-lane Oklahoma City Boulevard connects on the east end to I-235 and I-40 near Bricktown and on the west end to I-40 near Pennsylvania Avenue.

Although the Aug. 19 ceremony will mark the opening of the final stretch of boulevard pavement, drivers can expect temporary lane closures after that for another month while other work such as street lights and traffic signals continues and the City of Oklahoma City completes landscaping, according to state transportation officials. The new main street leading into downtown Oklahoma City will soon be lined with about 1,000 trees.

The east and west ends will share a similar theme of meadow-like plantings, with layers of interspersed shrubs, grasses and groundcovers.

The center phase is an extension of the earlier Project 180 streetscape project, adding trees along the street in what the city is referring to as an “amenity zone,” as well as pavers at intersection corners. Street medians will include native grasses, other environment-appropriate plantings and boulders.