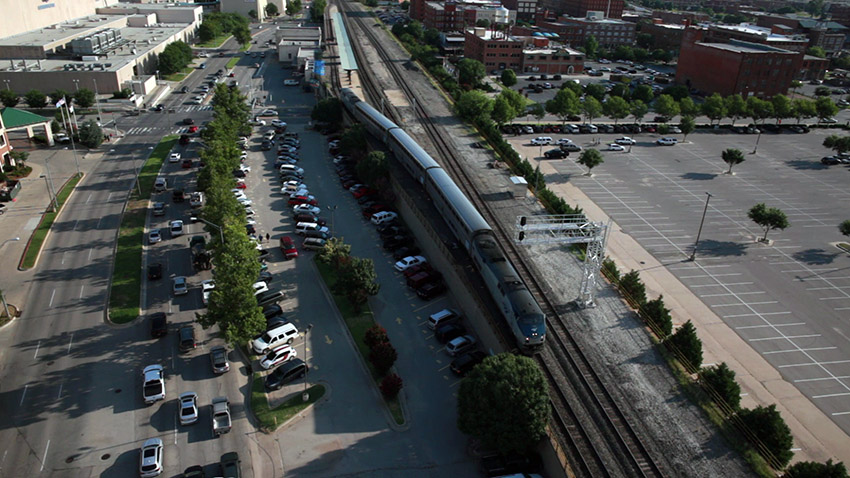 OKLAHOMA CITY – The governance structure for a new regional mass transit authority could be forged by six Oklahoma City metro municipalities before the end of the year, officials said.

Monetary commitments will come much later, however, said John Sharp, deputy director of the Association of Central Oklahoma Governments, which is managing the process.

“Just when you think you’re nearly there – we keep our fingers crossed as we move forward – there’s something else,” he said. “It still might be three to five years down the road before we go out to the cities in central Oklahoma and ask them, would you be willing to allow us to take a percentage of sales tax to fund a community rail and more robust transit system to serve the region?”

At the end of 2015, ACOG created a task force to develop a unified transit system that could multimodally link bus, rail and other vehicles across the metro. Early dialogue suggested only a general sense of where primary transit lines might be needed – commuter rail linkages near the University of Oklahoma campus, downtown Oklahoma City and Tinker Air Force Base, for example. ACOG invited the six largest cities in the area to the table: Edmond, Oklahoma City, Midwest City, Del City, Norman and Moore.

Shortly thereafter, the group hired Kathryn Holmes, head of Holmes & Associates, to help create the organizational scaffolding to support authority to handle money. Holmes came to Oklahoma City with experience that included chief negotiator for the Utah Transit Authority and as a partner in a legal practice focusing on passenger rail infrastructure.

Holmes said the fledgling organization must be able to integrate other existing agencies – Citylink buses in Edmond, for example – and be flexible enough to allow for expansion with population growth. To that end, she suggested looking at mass transit in the Dallas-Fort Worth area in Texas; Phoenix, Arizona; Portland, Oregon; San Diego, California; Salt Lake City, Utah; and Detroit, Michigan.

The ACOG group expanded its usual attendee list when it met in August to include the six cities’ mayors, city managers and city attorneys to review the first draft of a trust indenture, the document highlighting rules and responsibilities to which each party must adhere.

Sharp said the blueprint has borrowed many of its elements from Michigan, where bus operations of four pre-existing transit operations are coordinated and the streetcar is owned and operated by a public-private partnership.

“That is now being recirculated back to the cities with corrections, clarifications and updates. We’re hoping that on Sept. 19 we’ll come back and verify it all looks good for everybody,” Sharp said. “In October or November, we’ll go out to the cities and have council workshops to go over the details and nitty-gritty parts and answer their concerns.

“A month later, we’ll go back to their council meetings and hopefully get everyone to OK the indenture and formally sign on to the RTA,” he said.

Sharp said Holmes’ firm has been invaluable in helping the group work through other aspects of governance such as district boundaries, board member selection and voting protocols.

One of the next big steps involves the Burlington Northern Santa Fe railroad, or BNSF, which operates a major component of the intermodal network as envisioned by the ACOG group. The freight line passes through Norman on the south side of the metro area and Edmond to the north.

“We have to sit down with them to figure out how much it will cost the RTA to operate on that track – do we have to buy rights of way, do we have to buy a line?” Sharp said. “And then there’s the matter of how we’ll need to upgrade the system to feed into commuter rail. … That will happen in the next year to two years. There are a lot of steps ahead of us.”

Read the original article at TheJournalRecord.com.