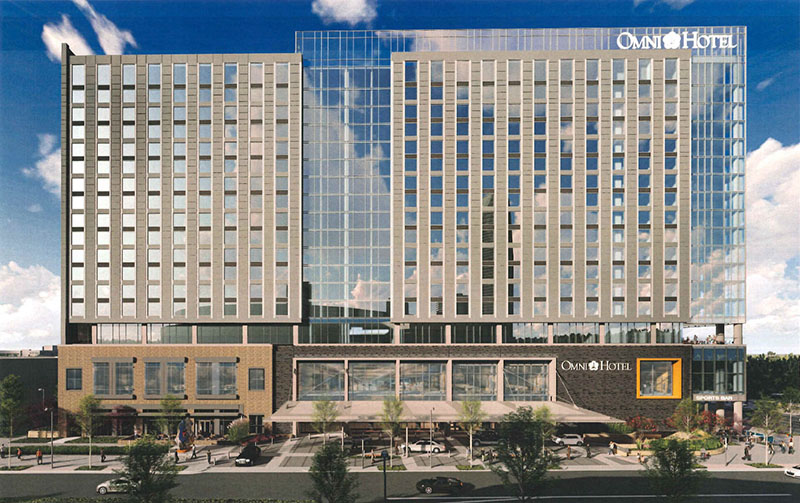 The Omni-operated convention center headquarter hotel project is expected to create more than 3,000 jobs and more than $370 million in economic activity.

“Having Omni as our headquarters hotel for the new convention center is an exciting game changer for Oklahoma City in the meetings industry,” said Michael J. Carrier, president of the Oklahoma City Convention and Visitors Bureau. “The ability to promote a package that includes Omni and SMG as our partners in this new complex will make a strong statement to planners that they should be coming to OKC instead of going elsewhere to hold their meetings and events.”

Oklahoma City’s current convention center, the Cox Convention Center, is only able to compete for 50 percent of meetings held in the U.S. due to the lack of a headquarters hotel. With the new convention center and the approved headquarters hotel, both scheduled to be complete in 2020, Oklahoma City will be able to compete for 80 percent or more of those meetings.

“We can’t underestimate the importance of our growing hospitality industry to the Oklahoma City economy, which currently has an economic impact of $2 billion,” said Roy H. Williams, president and CEO of the Greater Oklahoma City Chamber. “We can expect the development of our new convention center and headquarters hotel to multiply that impact.”

The hotel project alone is expected to create more than 3,000 jobs and more than $370 million in economic activity, and according to Omni’s estimates, the hotel will generate $51 million in nightly stays and food and beverage revenues each year. HVS, a global hospitality industry consultant group, estimates in a study commissioned by the Alliance for Economic Development of Oklahoma City that the hotel will help the new convention center draw more events and out-of-town attendees than it would without the hotel, more than doubling spending from $62 million per year to $137 million per year.

The City of Oklahoma City and Omni have been in negotiations since Sept. 27, 2016, when Omni’s proposal was chosen because of the greater developer contribution and lower public participation costs than other groups offered. The agreement calls for a $150.1 million commitment from Omni and an $85.4 million commitment from the City. The agreement does not raise taxes.

The City’s 36 percent share of the development cost is one of the lowest in the country for recent convention center hotel deals. It compares favorably to five deals in similar cities, which have public participation ranging from 32 percent to 61 percent.

The Council’s approved funding plan uses 10 sources and a revenue stabilization fund to spread out and minimize financial risk. The City will sell municipal bonds to fund its share of the hotel construction costs and use the 10 funding sources to pay off the bonds over 25 years.

The other six funding sources are tax increment financing (TIF) districts and revenue from leases and the hotel land sale. Two existing TIF implementation plans (the Downtown/MAPS TIF district and the Devon World Headquarters TIF district) will be amended to use currently uncommitted funds for the hotel project.

The agreement also allows the City to participate in revenue sharing after the fifth year of occupancy, with Omni required to pay 10 percent of any net operating income over $20 million, with a $15 million cap. The hotel will also pay a yearly rent of $200,000 for 25 years, along with tax payments of $1.4 million minimum per year for 30 years.

This article originally appeared in the August 2017 version of The POINT!