Q&A with Automobile Alley, Plaza developer Steve Mason: 'The place to be is in the urban core' 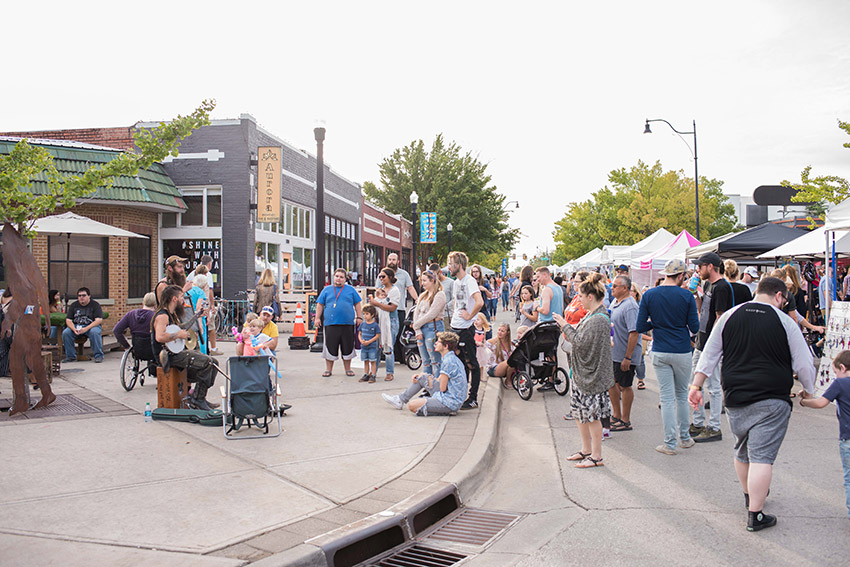 Editor’s note: Developer, engineer and President of Bluebird Consulting and Mason Realty Investors Steve Mason is known for his firm’s work in Automobile Alley, the Plaza District, the Oklahoma State Capitol, 1200 Penn and Capitol Hill. VeloCity recently got a chance to speak with Mason about the redevelopment of some of these areas. The piece that follows is the first of two and gives a look back at the beginnings of Mason's investment in the urban core, Automobile Alley and the Plaza District, the impact of the streetcar, what's coming in the future and more.

VeloCityOKC: Thinking about 9th Street and the Plaza District, now that you have several years of development in those areas under your belt – and successful – how have things changed from when you first started investing? Anything that surprised you along the way?

Steve Mason: When I first started investing, I bought the first building where Coffee Slingers is, at 1015 North Broadway. For two reasons. I had my engineering company in the shadow of Chesapeake.

So you were originally located all the way up at 63rd and Western, that area?

Yes, and on any given day Aubrey McClendon could come to my front door with a sign around his neck that said, ”I'll hire you and pay you 20 percent more.” Aubrey and I were good friends, but there was still that threat. And my Cardinal Engineering employees would go across the street to work there. So I thought, I got to get away from Chesapeake. Also, I knew I needed to retain 30-year-olds… I know it today, I knew it 12 years ago, the place to be [to do that] is in the urban core, where the “urban core campus” is better than any other [corporate] campus. Our pizza's better, our coffee's better, our Mexican food is better. There are health clubs all around here, exercise [places], YMCAs all around here.

Also, when you leave your office, and you go to a coffee shop, it's nice to go to a coffee shop that isn't [full of] all your fellow employees. You like escape. So I knew 12 years ago, and I know it today, it's been proven nationwide, the place to be to keep 30-year-olds is the urban core, because our “campus” is awesome!… I go look at all these second-tier cities, and they’re all booming, from Milwaukee to Cincinnati to Kansas City, because in my mind, for a thirty-year-old making average money, they don't live in Dallas, they live in Frisco and McKinney. So we're competing with McKinney for those thirty-year-olds and we know that – [Chamber VP of Economic Development] Jeff Seymour will tell you this -- fifteen years ago it was all about incentives when you’re creating jobs, [but] now it’s about incentives and about quality of life.

Ron Norick and his guys started with MAPS, and we started building this urban core. The thirty-year-olds want to be here, [and] I wanted to be part of that, that's how I started. 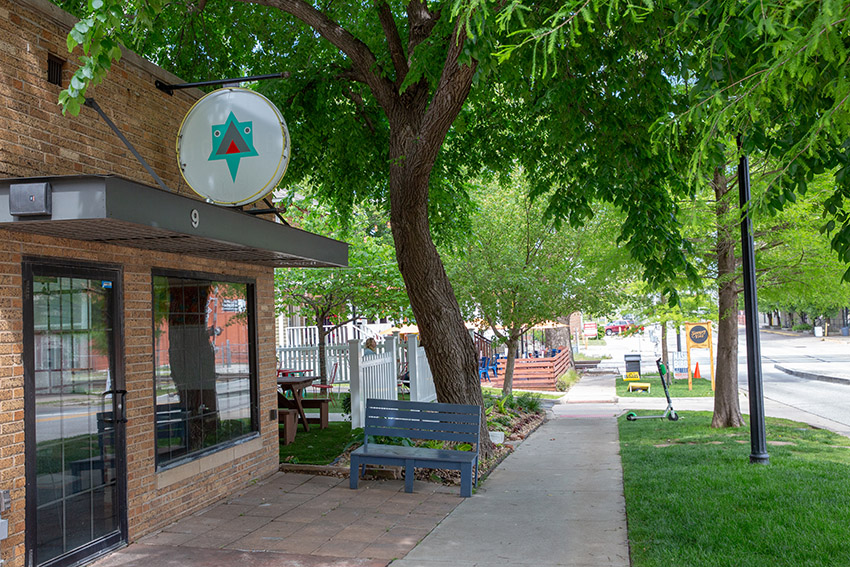 That's awesome. And you said that Automobile Alley was kind of your first investment area. What led you to Plaza District? You mentioned that Aimee [Ahpeatone] had some vision there, too.

Aimee had vision, but she needed an investor and a developer. She had lived down there for a decade and saw some opportunities in some under-used buildings. One was a laundry mat, one was a mattress re-manufacturer-- and it was time for them to go, as the neighborhood was evolving, and she had ideas which became Empire Pizza, DNA Galleries and Pie Junkie… All three and especially Pie Junkie… As a community, there's just this love for it, with Leslie and Darcy -- they started it in the Saint Luke's kitchen.

I didn't realize that, that's amazing.

They were neighbors and started cooking each other dinners and alternating. Then they got to talking some, and said, “Why don’t we go to Saint Luke's and start?" … So Aimee said, come over to the Plaza, I got a couple of buildings, it’s time for the laundry mat, time for the mattress re-manufacturer to leave and I said okay. So I went over there.

I know that the streetcar had such a huge impact on Automobile Alley and 9th Street while it was under construction. What do you see now that it's done? 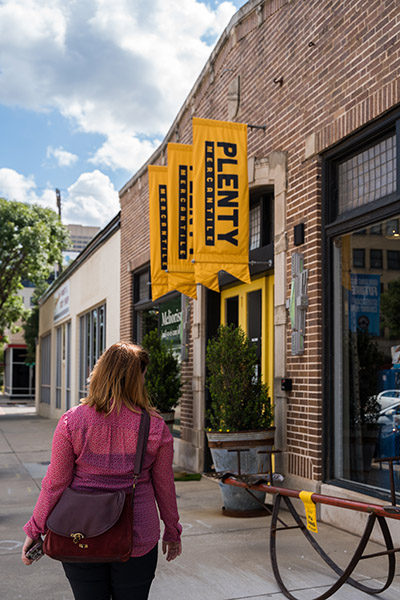 Talking to Audrey Falk of Shop Good and Traci Walton of Plenty Mercantile – they’ll tell you, construction impacted retail greatly, and [prior] customers have been somewhat slow to return. But, the streetcar is bringing new customers to Automobile Alley. And the Sunday streetcar riders have increased sales, tourists are coming downtown and riding the streetcar and stopping to shop. The Sunday ridership and increased tourist traffic have been pleasant surprises.

What you're seeing with the streetcar and these Lime scooters -- on the weekend, downtown is like an amusement park… there are people everywhere, and they’re going places and having fun.

Since you have this history in two very distinct districts in Oklahoma City, what lessons did you learn from those that you're taking to your developments now? Is there anything that comes to mind?

Eighteen months ago, our friend Kristen Vails… circulated this article talking about the evolution of a district. It starts from nothing, does well, and then suddenly it's all bars, because the rent paid is so much more. And then the district dies because it's all bars. So you've got to be careful. Bars pay more rent… You can't turn it all into bars… And that's why we protect the Dig It!s and the Bad Grannys.

You have two types of investing: kind of a “capitalist” investing, and social investing. You gotta do some social investing. There was a speaker here a couple of years ago that Jane Jenkins brought to town that talked about how you almost need one owner to curate things. Penn Square [Mall] has one operator, so things get curated. The challenge in the Plaza District, or anywhere, is that all these owners -- they don't, at times, curate well together and protect this overall feel of the district, and you have to do that. 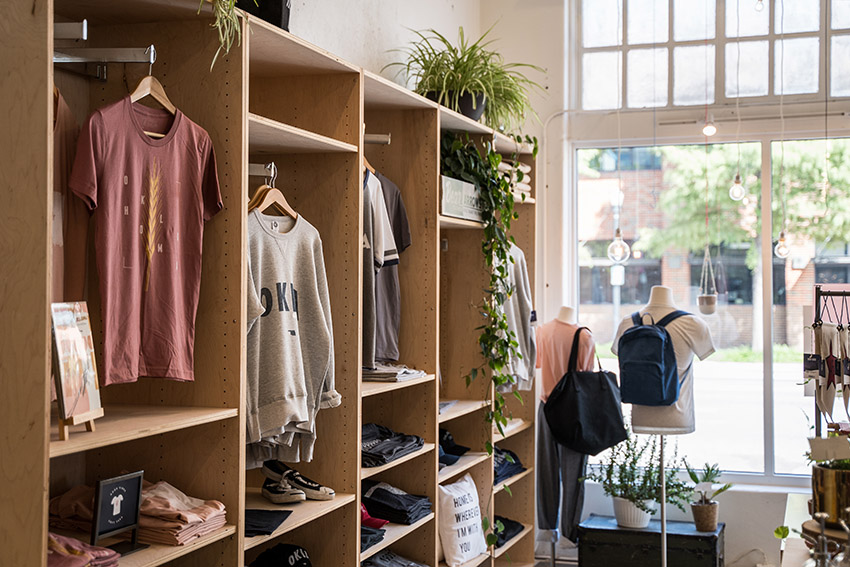 On Walker between 10th and 13th, what Mickey [Clagg], Chris [Fleming] and Bob [Howard], and Gary Brooks as well, have done there is incredible -- I mean, it's the best three pedestrian blocks in the city right now. And they've been very thoughtful to curate that.

You talked a little bit earlier about experiential retail. What role do you think that's played in Automobile Alley, Plaza -- how important is that to the overall character?

In the Plaza District it’s two blocks of continuous [retail]. You know, one of the challenges of Automobile Alley, you walk out of Plenty, you gotta walk a block to get to other retail…

It’d be nice if between Shop Good and Plenty, there were two other stops for you, so that's a challenge.

But what's interesting: in both Midtown and Auto Alley the office rents are one-third higher than in downtown towers.

Really? What drives that difference?

Well, I think you'd rather office on the third floor above Coffee Slingers and walk out on the street than on the 20th floor of a glass tower.

I'd spend a lot more money in Coffee Slingers, that's for sure.

You would! Now, we need the glass towers. People need twenty thousand square feet of space. But if you have a smaller office, you'd rather be above Coffee Slingers because you walk out on the street and then back to the office, [and] so you feel like you’re part of a community. 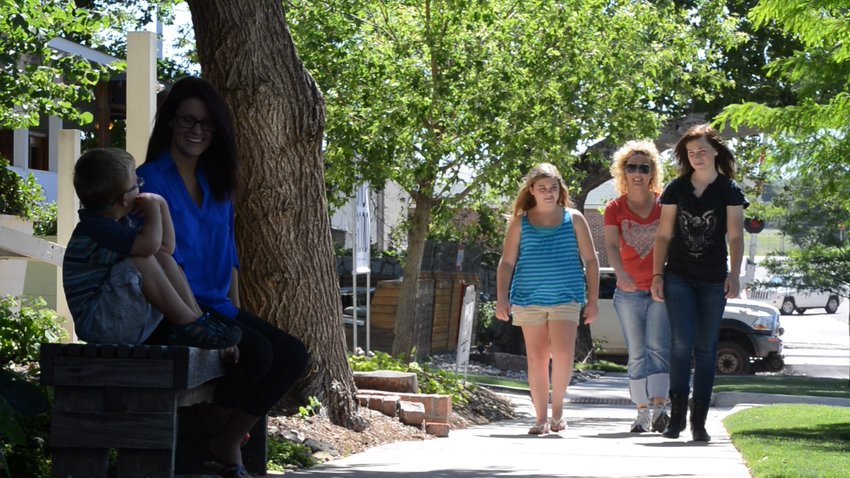 What do you think about developments like Heartland and OK Contemporary? How do you anticipate that's going change the vibe? Do you have any predictions there?

I mean, Heartland's great. Puts more people on the street, meaning more shopping. It's a higher, better use than surface parking.

[OK] Contemporary is so important, because it’s back to the experience... You can go to Contemporary, and then walk a block or so [to other things]. It’s good for the neighborhood. It’s also good for Contemporary.

Well, I can tell you -- I don't go to Contemporary that much because it’s tucked out of my natural path- I've never taken a class there, but the second it opens in Auto Alley I'm going to leave work and go take the pottery class. That's something I'm legitimately excited about. I think they'll get a lot more people like that.

Tell me about your work at The Womb -- that's now the home of Factory Obscura, is that correct?

Yeah, I'm the landlord and the investor… They opened up the Kings Mouth piece a month ago, then the rest of it will open in the fall, and it will be in the same caliber as SHIFT and BEYOND... But better, because they had nine months to build it and they have more money to build it. 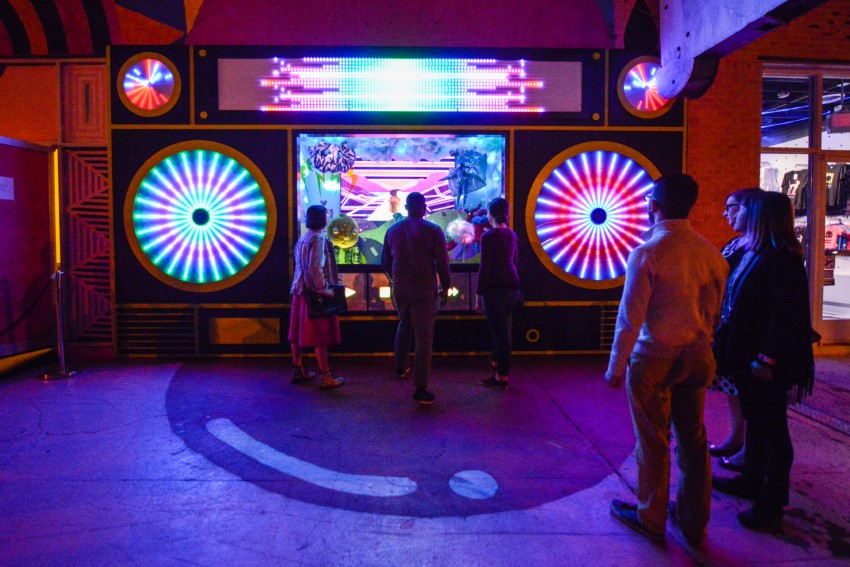 Outside Factory Obscura at The Womb Gallery

The other thing they do a great job at is—talking about communities—their artist community works out of [there], and on this. Right now that place employs six people full time in the arts, making art. Then they have some artists they employ part-time, which is probably another twenty, so it's employing twenty-five artists, and then the camaraderie that all this community—it’s incredible, because before, these artists would make art by themselves. So now you’ve got this art project employing artists and they hang out together, and they have time to think about projects and such.

Was there anything else you think would be a good addition to the information you already shared with me today?

It seems like they've been making some good progress there on the Capitol. How far along are we and how much more is there to go?