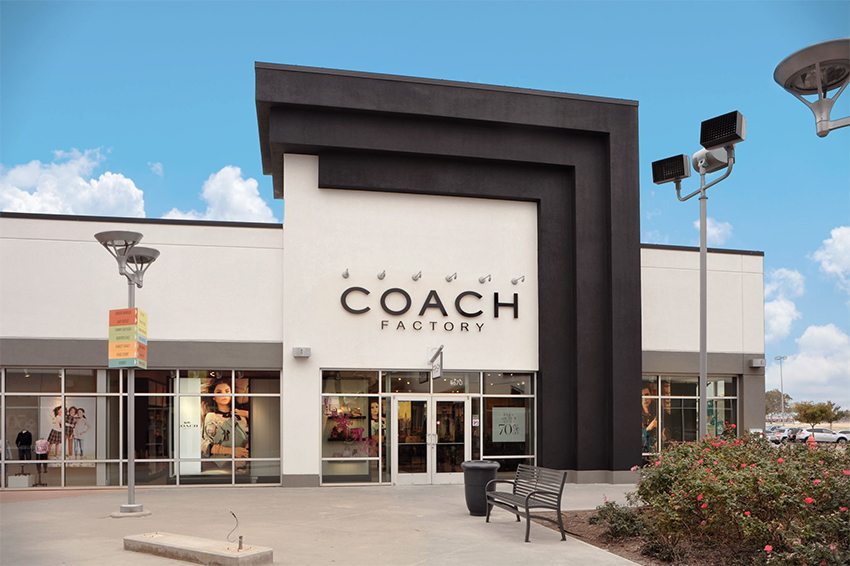 As retail stores and malls prepare to welcome back customers, the experiences shoppers can expect to have transformed with the continuation of the coronavirus pandemic.

The pandemic is forcing malls and tenants to work more closely together as they figure out what it will take to get customers to return after months of store closures. Open-air malls, such as the OKC Outlets, may have an advantage as people remain concerned about the risk of catching the coronavirus indoors.

“When the mandates lifted, people were excited to get out of their houses and shop."

Foot traffic has been slowly returning to normal and their stores are welcoming shoppers with aggressive deals and savings. Many of the outlet’s retailers have adjusted their footprint within the store while limiting occupancy to allow for social distancing and to maintain their well-being guidelines.

“When the mandates lifted, people were excited to get out of their houses and shop. There weren’t a lot of established guidelines for retail, so we had to go out there and find them,” said Jeannette Smith, general manager of OKC Outlets. “What we did was to do things that made sense. We put sanitization devices on high-touch point areas on directories, vending machines, and doors. We’ve installed sneeze guards at our customer service areas. We reduced our occupancy on the food court by 50% and placed signage around the property, reminding people to social distance and wear masks.”

Before the coronavirus, OKC Outlet’s strategy, like that of many other shopping developments, prioritized hosting more activities — and securing tenants that would draw people to its mall regularly — over the usual slate of mall-based apparel retailers.

One such newly opened attraction there — The Sanctuary Escape Games –- takes an old twist of the familiar Escape Room adventures and turns it on its head. The Sanctuary Escape offer nearly infinite options for family-friendly entertainment. All Sanctuary games include puzzles and games that make your team think and work together to escape or complete a larger goal.

Other openings include Aerie, a store under the American Eagle Outfitters umbrella, specializing in intimates, activewear, and swim. The retailer designs its apparel to make every girl and woman feel good and confident inside and out.

While providing customers with a comfortable shopping environment, lifestyle habits are also playing well with attracting new businesses such as a mixed-use development, “The Half.” Developers say its central location and unique vendors could entice locals and out-of-towners alike.

According to developer Randy Hogan, the name reflects the location and intent behind the project. The name was chosen to indicate its central location in the metro as a halfway destination between downtown Oklahoma City and Edmond. The 52-acre mixed-use development features restaurants, indoor and outdoor activities, corporate offices, water features, three ponds, hotel, and apartment space.

“Most of the developments that planned include outdoor spaces for people who want to mix in leisure activities with their dining-entertainment experiences,” Hogan said. “The Half’s focus is to provide a better variety and balance of lifestyle environments, which is why we have a diversity of space in the development. The focus is no longer on differentiating between living, working, and playing, but a combination of blending them in one area.”

Hogan said the estimated commitments to date, either under construction or scheduled to start construction total $129,000,000 +/- with additional land remaining developed to including waterfront restaurants, a 324-unit apartment complex, and future offices. 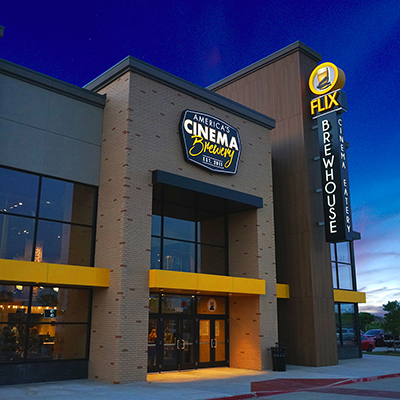 The first completed project at The Half is the Flix Brewhouse. Along with craft beer, cocktails, and wine, the chain serves up 4K projection, state-of-the-art digital sound theater with reclining leather seats, and special tables that slide, swivel and rotate to allow for easier dining. Tiered platforms and call buttons at each seat allow for convenient ordering and interacting with servers.

Other planned development is the national headquarters for Oklahoma-based Dolese Bros. Co. Dolese is best known for transforming the state’s raw rock into roads, bridges, skyscrapers, and foundations throughout Oklahoma.

Also finishing its development is Chicken N Pickle an entertainment venue that features Pickleball courts, ping pong, a variety of yard games, a restaurant and a bar. Plans for the location are for it to seat over 300 people and hold over 600. It will feature six indoor and five outdoor Pickleball courts, lawn games, a rooftop bar, and a full-service restaurant using locally sourced Amish chickens to make rotisserie chicken dishes, according to company officials.

Already American Fidelity is using The Half as a recruitment tool for staffing its vast personnel needs.

“So much is going to happen here. You are not downtown. You are not in Edmond. If you don’t want to live in all the hubbub, this would be a great gathering place.” said Sherry Kraus, senior real estate manager at American Fidelity Property Company. “We bring in many people nationally and internationally and having this space next to our headquarters will be a tremendous benefit to our company.”

For the rest of the year, Kraus said, American Fidelity would continue looking at what else it can add, from art installations to other outdoor events, to keep people coming back to The Half for new experiences.

“In the last month, we have had three retailers open. That alone is a sign of confidence in our site,” said Shane McWhorter, general manager of Classen Curve. “All of these things are very positive for our center. It’s a testament that retailers want to come here. They feel it is a safe, open-air environment and believe we are their best fit going forward.” 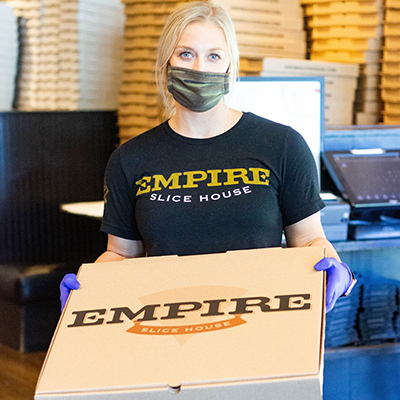 84 Hospitality, which operates Empire Slice House, recently moved to its current location at 1804 NW 16th as demand for the tasty single-slice pizza shop outgrew its existing space at an old, converted laundromat.

Developer Rachel Cope said the Classen Curve location was ideal for expansion because it allowed them to design a new space from the ground up.

Cope said there will be a high priority placed on maintaining the current Empire vibe, which has made the Plaza location a local favorite. The existing posters, gold tabletops and other items will make the move to the new space. There will be much more space developed to prep and cooking. The number of pizza ovens will double and in general, there will be the ability to better and more quickly serve Empire patrons.

In keeping with their established formula for success, a large patio will be located on the west side of the building shaded by mature trees that sure to work around and preserve. The exterior west wall boasts a colorful mural that is a perfect compliment. 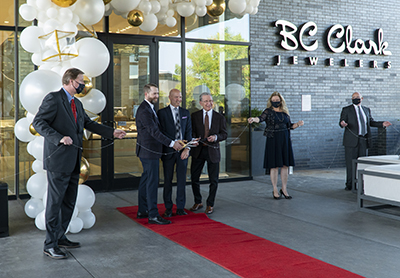 BC Clark, the oldest jeweler in the state, will cut the ribbon on their Classen Curve location at 5801 NW Grand Blvd. on Sept. 17. The new location will be 30% larger than the previous location. From now until Oct. 15, shoppers visiting the new store can also sign up for a chance to win one of several door prizes, including a David Yurman gold bracelet with diamonds or BC Clark gift card, each valued at $5,000

“The retail landscape is evolving. Shopping habits and consumer expectations are changing. We are in tune with our customers and will provide an approachable, comfortable and luxurious store experience,” said Coleman Clark, BC Clark president. “The new store demonstrates our family’s commitment to Oklahoma City for years to come and solidifies BC Clark’s position as Oklahoma’s leading jewelry retailer.”