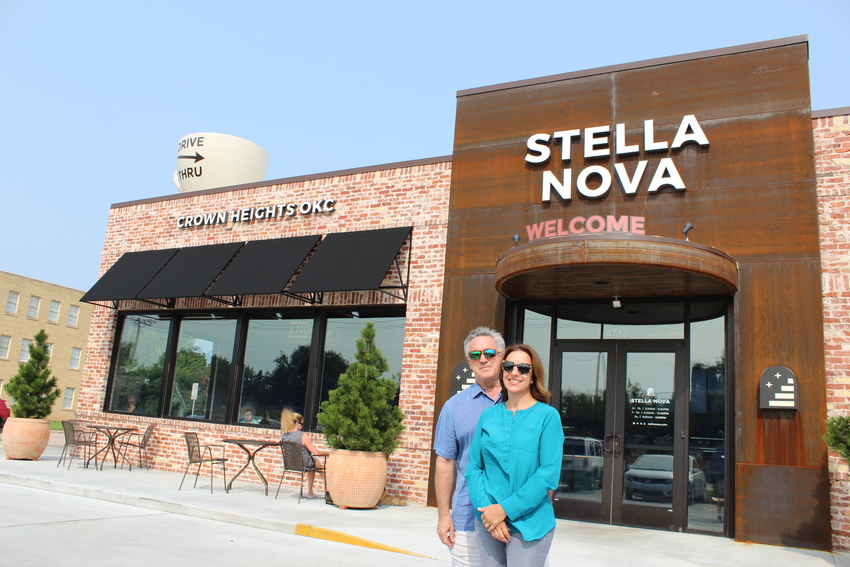 There were no shortcuts in choosing just the right blend of coffee beans to brew at Oklahoma City-based Stella Nova coffee shops. Co-founder Kelli Lay and her team sampled scores of blends before they selected the perfect beans to serve Stella Nova customers.

“The team went through 42 blends of coffee before they got the blend they wanted from the local roaster here,” said John Kennedy, Lay’s co-founder and partner in the craft coffee venture.

Kennedy and Lay followed that same meticulous path on other details as they built the coffee operation from the ground up. They labored over store locations, architecture, fixtures, pastries and people.

“We obsess over every detail,” Kennedy said.

The pair opened their first Stella Nova craft coffee shop on Main Street in Norman in January 2018. The Crown Heights store debuted three months later. That shop is located on the site of the former Abraham’s Onion Burger at 4716 N. Western Ave. And their third location in the Robinson Renaissance building in downtown Oklahoma City opened in October.

Stella Nova quickly gained a loyal customer base by offering much more than great coffee products. Location, drive-thru convenience, food products, atmosphere and friendly people play just as big of a role in driving success, Lay said. The company employs about 25 people at each store.