Recently, members of the OKC News Bureau were treated to a tour of the American Indian Cultural Center and Museum complex, which will be resuming construction in April and aiming for a grand opening in the spring of 2021.

Shoshana Wasserman, associate director of the American Indian Cultural Center Foundation, briefed participants on the history of the museum, the changes that have occurred in multiple arenas since the museum’s initial conception, its goals for the future and more. 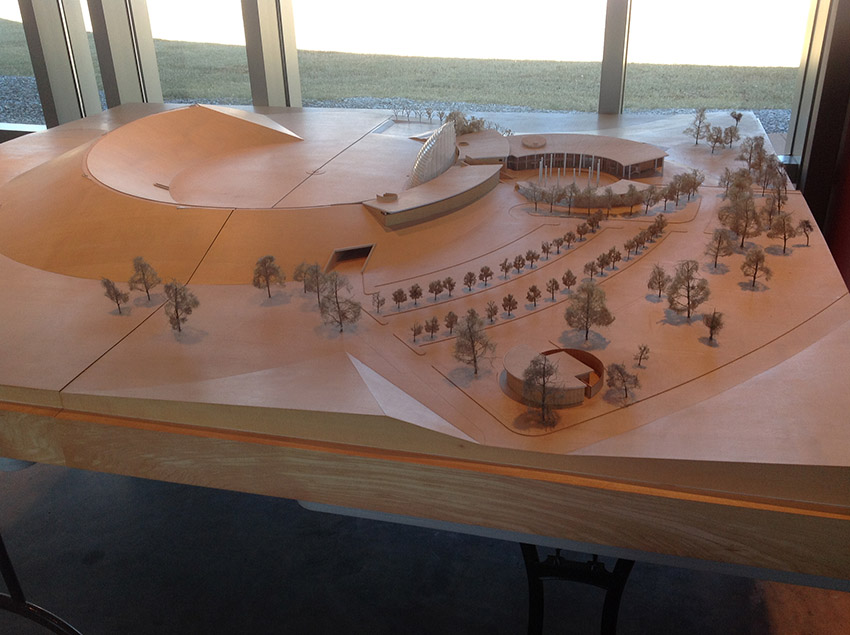 When first conceived, the museum was largely thought of as an economic development project for Oklahoma, especially in light of economic diversification and tourism being the 3rd-largest industry in the state at present. “You’ve got to be promoting what people know you for,” Wasserman said. Today, not only does that goal remain, but others have come into focus, including telling the story of the 39 native tribes in Oklahoma.

"We really have so much to offer here in Oklahoma -- we have the power to attract national and international audiences."

"The story we're trying to tell is the collective story of these 39 nations. It's like putting all the countries in Europe into an area the size of England, and trying to tell that story," said Wasserman. 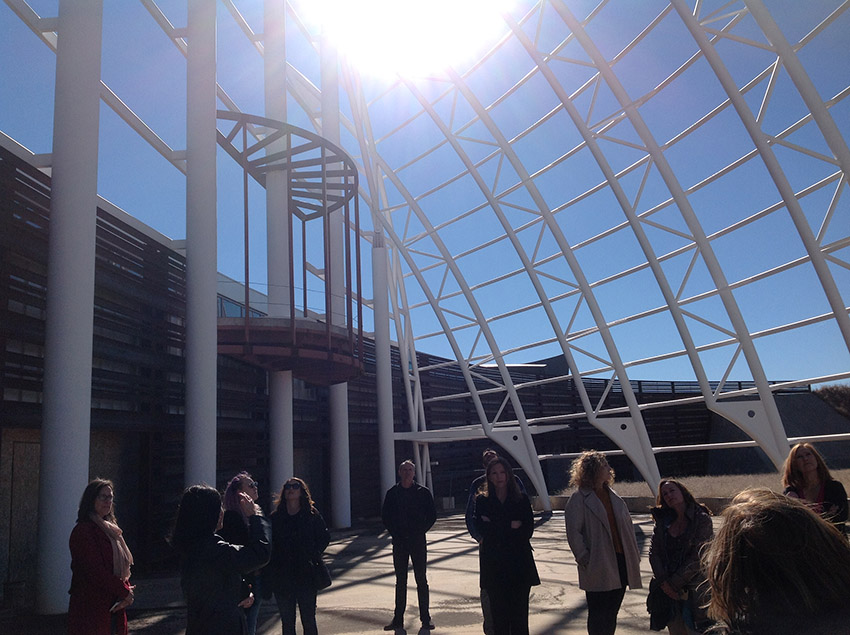 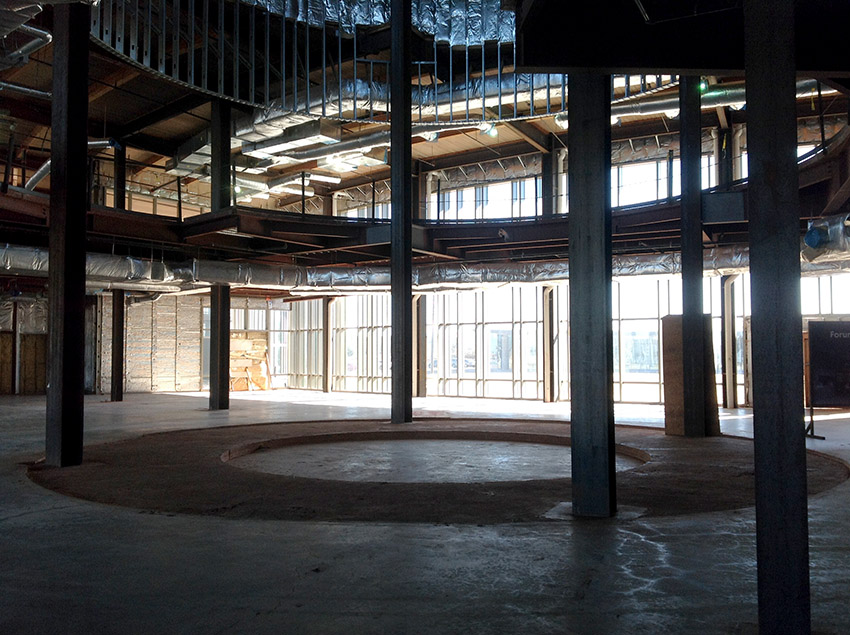 Wasserman also noted that the museum has also made a significant shift from being a non-collecting institution to a collecting institution, and that they have a preliminary loan agreement in place with the National Museum of the American Indian in Washington, D.C. (a Smithsonian Institution) to receive objects, collected at the turn of the century from all the tribes in Oklahoma. This is a mutually  beneficial relationship for both institutions. The American Indian Cultural Center and Museum is in close proximity to the tribes, providing an opportunity for the items in the Smithsonian collection to be reunited with the tribe of origin and to assist the Smithsonian in enhancing their cultural knowledge about their collection.  Bringing these materials back to Oklahoma provides The American Indian Cultural Center and Museum an opportunity to reunite many tribal members with their cultural materials. 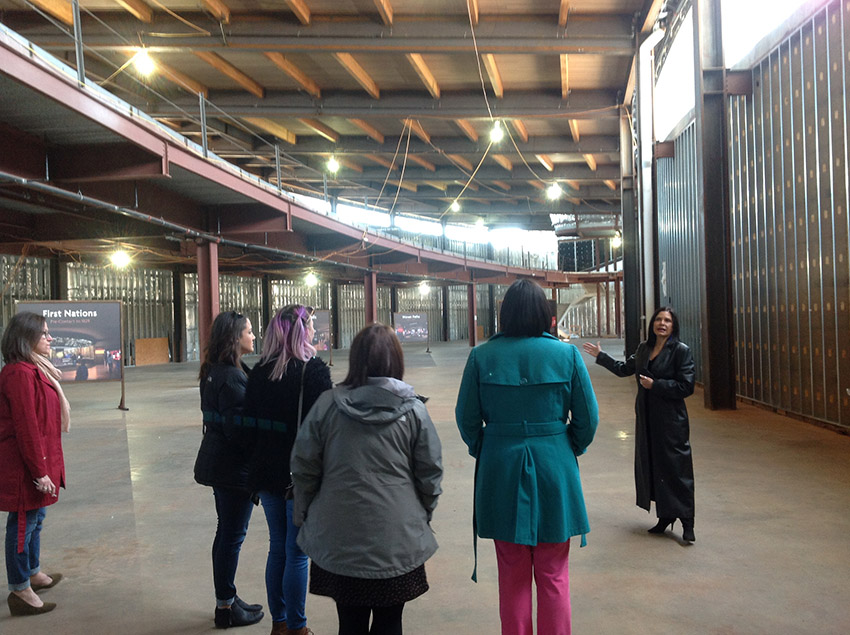 With only installation of glass on the Hall of the People remaining as far as major exterior construction is concerned, focus is now shifting to the interior spaces. The complex’s architecture is intended to reflect what has been in common to all the native peoples and tribes, so Wasserman explained that there is lots of circularity, for example, reflecting the way native peoples often think of time rather than as a linear flow, and other aspects indicative of native cultures. Water, wind, fire and earth are natural elements common to native peoples (and all peoples, really) that have some representation in the facility. All of the museum staff is currently native, and they have had a hand in architecture and decor as well as planned educational offerings, including those which will utilize an exciting new 250-seat theater space. 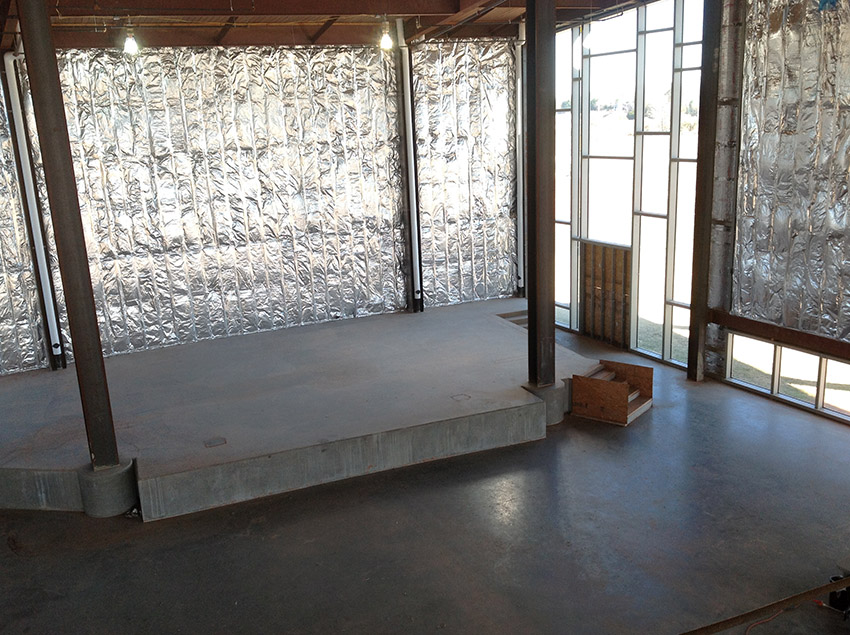 "We really have so much to offer here in Oklahoma -- we have the power to attract national and international audiences," noted Wasserman.

The Greater OKC Chamber and members of the OKC News Bureau would like to thank Shoshana and the museum staff for hosting our group and for the fantastic presentation and tour.