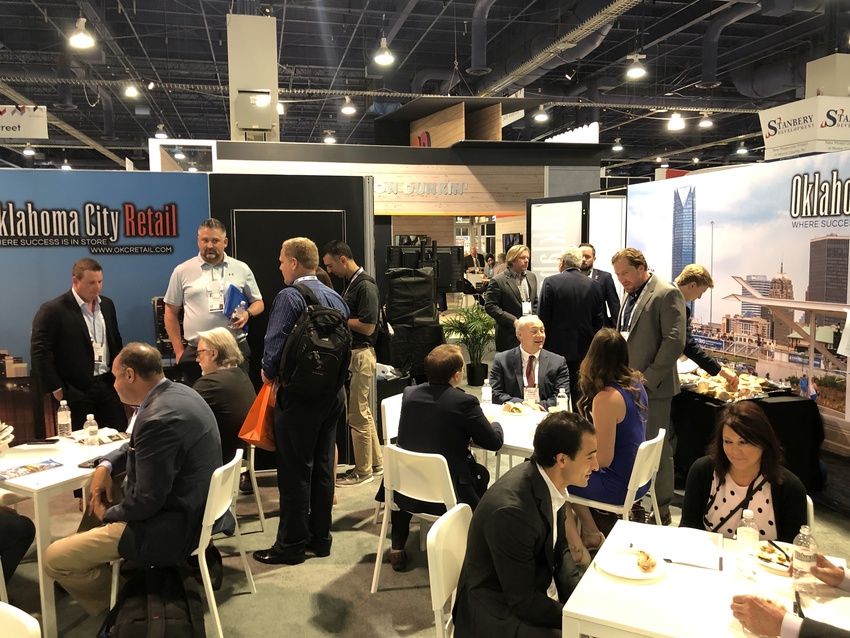 For more than a decade, the Greater Oklahoma City Chamber has organized a delegation from Oklahoma City to exhibit at the annual ICSC RECon conference in Las Vegas. With nearly two million square feet of exhibit space and 37,000 attendees, RECon is the largest retail conference in North America.

This year’s conference was held from May 19-22, and was once again very productive for the Oklahoma City delegation.

“It is such a great opportunity for our community,” said Tammy Fate, senior manager of retail development for the Greater Oklahoma City Chamber. “All the top retailers, developers and brokers from around the world are at the conference. It might take me all year to meet with everyone I wanted to if I did it from Oklahoma City. To be able to do it over three days is invaluable.”

What is Fate looking for when it comes to RECon and retail development?

“When it comes to a show like RECon, we are looking for new-to-market, destination retail,” said Fate. “More and more, that means meeting with developers and not specific retailers. We are looking for who is going to build the next Chisholm Creek, OKC Outlets, Penn Square or Classen Curve.”

While most might see that as an appeal to national retailers in favor of our local retailers, Fate said that is not the case.

“We are seeing that the truly successful retail developments are striking a great balance between national and local stores,” said Fate. “Yes, a place like Chisholm Creek has helped bring in new-to-market tenants, but they’ve also been a place where some of our local retailers have been extremely successful. That is what we are looking for.”

This year the Greater Oklahoma City Chamber and representatives from the City of Oklahoma City and the Alliance for Economic Development had 23 meetings over the three days of the conference. Fate said you can tell Oklahoma City’s brand is spreading.

“You definitely can see the progress we’ve made coming to this show over the past decade and projects/developments coming to fruition,” said Fate. “Clients we meet with, for the most part, have a general knowledge of our market. Not just in a data sense, but when it comes to our story and the momentum in our community.” 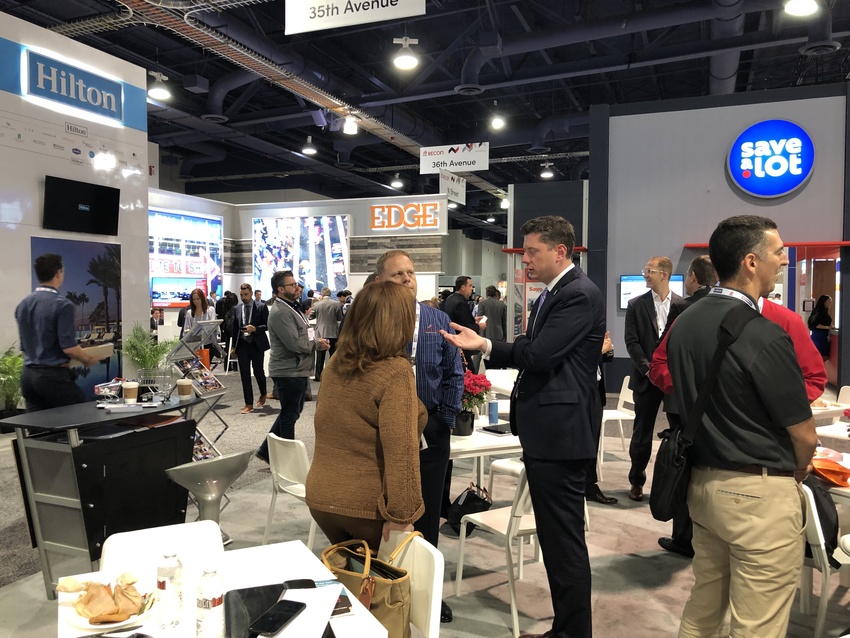 Outside of the meetings, what were some common themes being discussed in the retail world?

“Just like previous years, the changing face of brick-and-mortar retail is front and center,” Fate said. “Retailers know the old approach doesn’t work anymore. Retailers are looking for ways to create experiences for their in-store customers that they can’t get anywhere else. For every brand that looks different.”

“Cathy O’Connor (President & CEO of the Alliance for Economic Development) spoke on a panel at the conference on Opportunity Zones, and it gave us some great visibility,” said Fate. “The work the Chamber and the Alliance has done on Oklahoma City’s Opportunity Zones is being recognized. I think a lot of people are starting to look at our community as a leader when it comes to that program.”

What is next for Oklahoma City and retail development? Fate pointed to opportunities with the city’s recreational amenities.

“The opportunities along the river with the Boathouse District combined with the designation of being an Olympic rowing facility, construction of Scissortail Park underway and the Omni Convention Center hotel are great examples of the leadership and commitment Oklahoma City has made in quality of life and creating a sense of place,” said Fate. “This type of community support and momentum is elevating our brand image and creating synergy.”