Taking OKC to the Big Apple 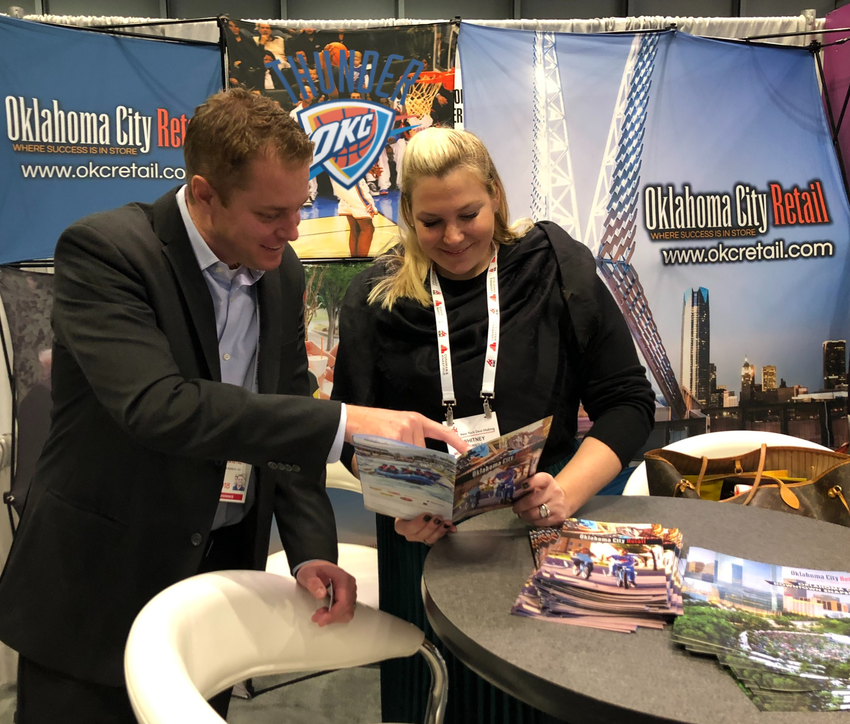 Earlier this month, a delegation from the Greater Oklahoma City Chamber went to New York City to spread the good word about Oklahoma City retail at the ICSC New York Deal Making conference.

Tammy Fate, manager of retail development and recruitment for the Greater Oklahoma City Chamber, spends a lot her time on the road at similar conferences because it is a key part of the Chamber’s strategy to recruit destination retail to the city.

“Building long term relationships with prospects and developers is crucial to our retail success,” Fate said. “Conventions and shows are a really efficient way to meet with several companies in a short amount of time. While deals aren’t necessarily made at shows, a lot of times that is where the initial conversations start. A good majority of the major retail announcements we’ve had over the years started out with a simple conversation at a retail show.”

While Fate crisscrosses the country to attend these shows, she says New York is just a little different than the rest.

“We’ve done a great job of building awareness about our community across the country,” Fate said. “At most of the shows people know our market. However, in NYC there is still a decent knowledge gap about what is going in our city.”

Fate said that changes up how she and her team approaches their time in NYC.

“At most shows it is becoming less and less about brand awareness and more about meetings with individual developers and retails,” Fate said. “Less and less people have to be sold on what OKC has to offer and we can get more into the actual nuts and bolts of a deal. In NYC, we have some meetings but it is mainly about building awareness about Oklahoma City because they don’t know our market like other parts of the country do.”

One thing that has helped build the city’s brand is the Oklahoma City Thunder, which just celebrated 10 years of playing in Oklahoma City.

“It is definitely a way we’ve been able to start wedging our foot in the door a little,” Fate said. “They all know the Thunder and it immediately puts us on a certain playing field as a big league city.”

While at the show, Fate got the opportunity to be part of a panel discussion on opportunity zones.

“It was exciting to be asked to talk about opportunity zones in front of such a large and important audience,” Fate said. “The opportunity zones in Oklahoma City have such big potential when it comes to development, getting to talk about our community in front of that audience was priceless. We actually already generated several leads from participating.”

While some might question why Oklahoma City would be in NYC, Fate thinks that very question is why it is important to show up.

“There aren’t that many cities who exhibit in NYC and even fewer west of the Mississippi,” Fate said. “I think we stand out and that is a good thing. I think the uniqueness of us being there sticks in the minds of developers and retailers. They see we are a community who is serious about its retail environment and maybe they need to see what we are all about.”