The Chamber works with local developers for OKC 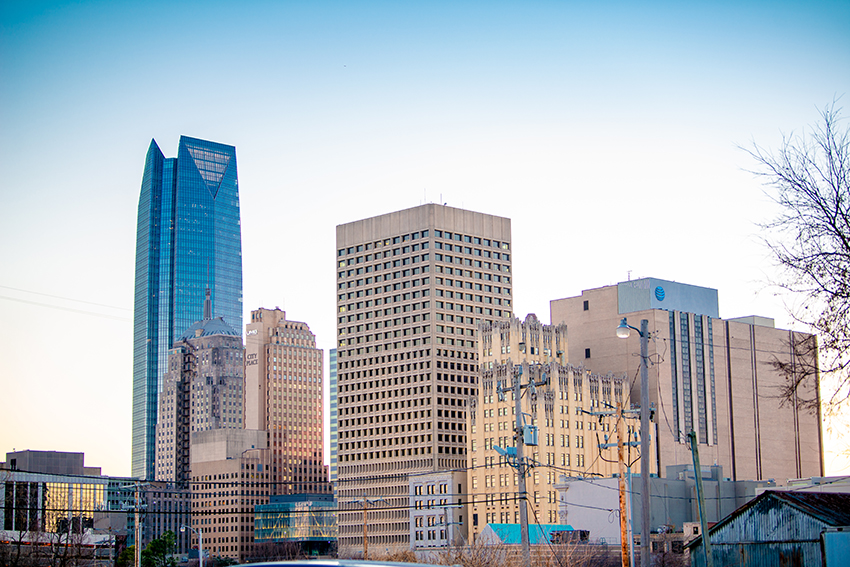 A new mixed-use development, “The Half,” is coming to Oklahoma City. The project isn’t the only of its kind under way in the metro, but developers say its central location and unique vendors could entice locals and out-of-towners alike. The story behind the development is indicative of some of the ways the Chamber assists local developers in bringing new concepts to OKC.

According to developer Randy Hogan, the name reflects the location and intent behind the project. The name was chosen to indicate its central location in the metro, more specifically as a halfway destination between downtown Oklahoma City and Edmond. The 52-acre mixed-use development features restaurants, indoor and outdoor activities, corporate offices, water features, three ponds and hotel and apartment space.

“The CEO of American Fidelity reached out to us a couple of years ago,’ said Hogan. “They really felt the need to create something that would be attractive for their employees and would help them recruit millennials and the younger generation. We also felt like it would create a new pocket in Oklahoma City, a new destination location like the East Wharf on Lake Hefner, which would also be a nice asset for Oklahoma City.”

Two or three years and more than 70 plans later, the development was laid out. “Once that happened, we knew we wanted to have two entertainment anchors as a starting point,” said Hogan. 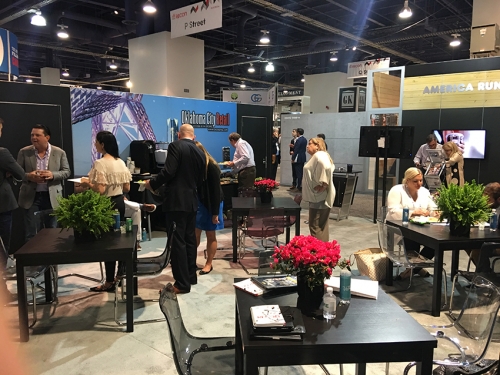 “Flix Brew House, which the Chamber introduced us to at the International Council of Shopping Centers (ICSC) trade show, is a great head start, because it has luxury seats, they brew their own beer, it’s a nine-screen theater, it’s really, really a cool concept,” he said.

The second corporate headquarters slated for The Half is an Oklahoma City mainstay, Dolese. “Dolese was in the market to try and figure out where they wanted to move and they also wanted to be in a project that was attractive to younger people,” said Hogan. “For them it was a big step to come out and be in a new suburban location and they think that will help them when they hire new people.”

The next piece of the puzzle was residential. “On the living piece, we’ve known Gary Brooks forever,” said Hogan. “We called him and asked if he’d like to meet. He hasn’t been looking at anything new, since he has a lot going on with the First National Center, but thanks to our relationship he said, ‘sure, why not?’

The second entertainment anchor also came through a Chamber recommendation. “The Chamber introduced us to Chicken N Pickle (a restaurant and pickle ball concept), which I happened to visit during a trip to Kansas City,” said Hogan. “They really liked the site, we just loved what they brought to the table and that checked the box. It’ll be their newest prototype and we’re really excited. They should open by the end of this year.”

The final amenity for the corporate campus is adding a hotel, and the developer expects to announce that addition soon.

Working with Hogan is just an example of the many projects across the city where the Chamber is working with developers to bring new destination retailers to the area. Other examples include Chisholm Creek, where the Chamber assisted in attracting Cabelas, Top Golf and others; Penn Square, working with Container Store; and the OKC Outlets.

“We work very hard to provide information to clients considering our market that helps them decide they want to be in Oklahoma City,” explained Tammy Fate, the Chamber’s Senior Manager of Retail Development. “Once they begin looking seriously at the market and become interested in locations, we introduce them to the developers. We have great partners in all of these developments who then work with these clients to make the real estate deal work for them and eventually bring these new amenities to the market.”

Alternatively, sometimes the project comes first to the developer, and the Chamber provides technical support and resources. “The Chamber has access to valuable data and resources that help demonstrate the market for a client,” Fate continued. “We are really here to be a support in any way that we can.”

“The assistance the Chamber provides really is important,” said Hogan. “We don’t have 50 employees or a marketing arm, per se. It’s hands-on. So to have the Chamber working with us is vital. ICSC [RECon] is a great example. The Chamber booth provides a meeting place and a means of introduction that’s extremely important. We’ve had really, really good success in those meetings. I really believe that, because the Chamber has a windshield where they see a lot of activity that we may not see, particularly for people from out-of-state having an interest in Oklahoma City, it really has a meaningful impact.”

This story originally appeared in the February 2020 issue of The POINT!