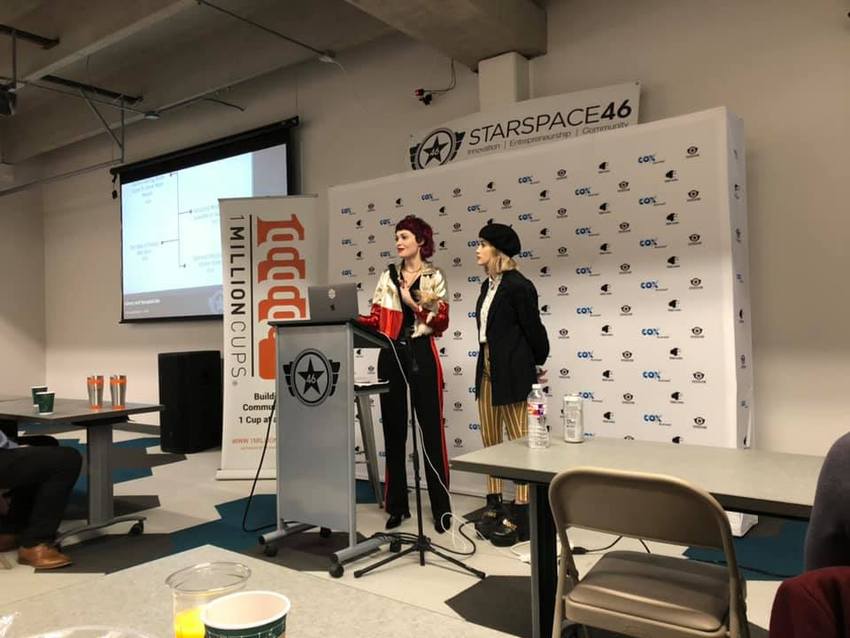 It has been said that one of the most vital ingredients of a successful startup is pretty simple: coffee. A cup of coffee with peers or mentors have led to countless connections and solutions for entrepreneurs with “that next great idea.”

1 Million Cups is a program started by the Ewing Marion Kauffman Foundation in 2012 to educate, engage and inspire entrepreneurs around the country. In just six years, the program has expanded to more than 163 communities in 40 states.

“1 Million Cups has become sort of a rite of passage for an entrepreneurial community,” said Evan Fay, manager of innovation and entrepreneurship for the Greater Oklahoma City Chamber. “People from outside of a market know that if there is an active 1 Million Cups program in a community, that place has a vibrant startup environment.”

In OKC, the format is simple. Once a month, two speakers have 10 minutes to pitch their company and then the floor is opened up for questions.

“My favorite part is that the final question is always ‘what can we as a community do to help your startup?’” said Fay. “It gives everyone in the room a real sense of what challenges our startups face, and a lot of great dialogue comes out of that question.”

1 Million Cups has been active in Oklahoma City for four years and meetings are currently held at StarSpace46 on the second Wednesday of each month at 9 a.m. The meetings are free and, according to Fay, it is a welcoming group.

“The meetings consist of other entrepreneurs, investors, people like me who represent organizations who want to help foster a healthy entrepreneurial climate and really anyone from the community who is interested in innovation,” said Fay. “The connections entrepreneurs can make each month are substantial.”

The Greater Oklahoma City Chamber supports 1 Million Cups as a community sponsor as part of the Chamber’s initiative to promote and grow the metro’s startup climate.

“Attending the meetings each month gives me a feeling of validation of what is going on in Oklahoma City,” said Fay. “You can really feel the energy and the sense of community that is forming with our entrepreneurs. We are on the verge of something special here involving our startup scene.”

To get involved with 1 Million Cups or the startup scene in Oklahoma City, contact Evan Fay at (405) 290-7067 or efay@okcchamber.com.