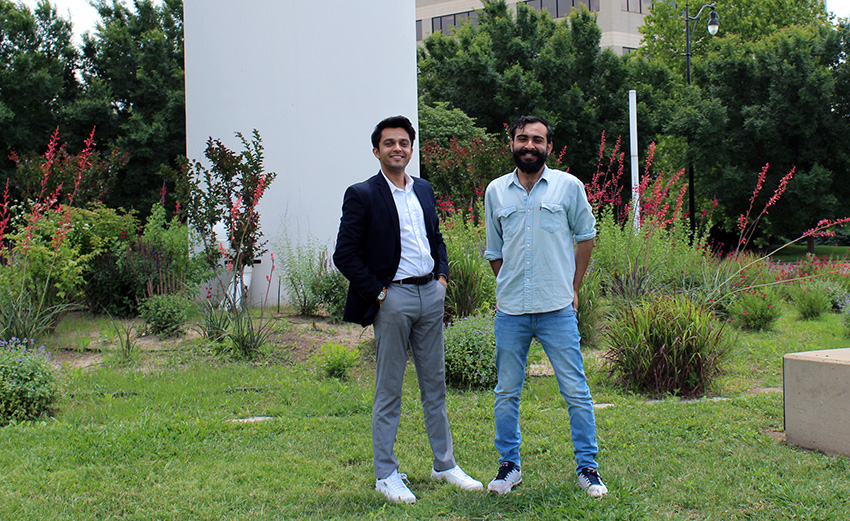 Oklahoma City made its introduction to the co-founders of Aevus Precision Diagnostics through a magazine’s list of top U.S. cities in which to start a business.

But they had ideas of starting their own business and formulated plans to launch a healthcare technology venture.

The natives of India just didn’t know where.

“The community here at large has been very welcoming and kind to first-time entrepreneurs.”

A business magazine pointed them to Oklahoma City with the type of national ranking that OKC has dominated in recent years because of its low-cost, business-friendly environment.

For instance, Wallet Hub ranked Oklahoma City No. 2 among “Best Large Cities to Start a Business,” in a 2019 listing.

“If we were to start a company in New York City, we would be making landlords rich,” Puneet said in a recent interview on the outdoor deck of OKC’s Kamp’s 1910 Café.  “I started looking at places that would be great to move to.”

Puneet happened upon a business magazine list in which OKC had a solid top-5 national ranking. The ranking alone drew his interest.

“I was really intrigued, because as an immigrant all you really hear about the United States is the East Coast or the West Coast,” he said. “So, I wonder what it’s like in Oklahoma City? We decided to explore a little more and that’s when we fell upon i2E.” 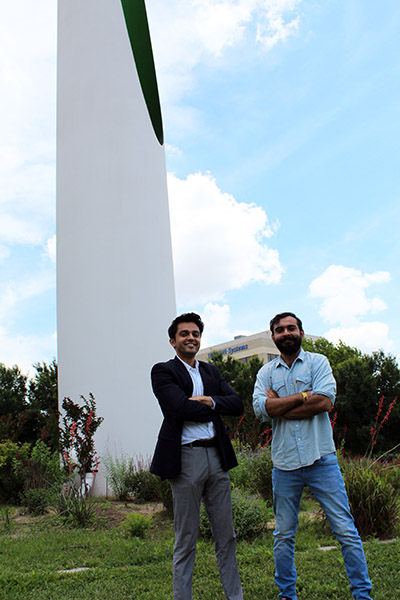 i2E is a nationally recognized not-for-profit corporation that works with entrepreneurs to launch and grow new ventures, and also provides access to capital through investment funds it manages.

The Aevus founders reached out to i2E to learn about how the company supports technology startups.

“It was fantastic to see that they have venture capital there,” Puneet said. “They have investment funds they are dedicating to help Oklahoma startups and businesses be successful.”

So, Aevus Precision Diagnostics -- https://aevus.ai/ -- was launched in 2019 as an Oklahoma City-based business by founders who relocated here from New York City.

OKC’s lower costs of operating a new business along with the higher than average prevalence of Type 2 Diabetes here were major considerations in their decision to launch here, Puneet said.

Aevus is developing a data-driven prescription management platform that will help physicians determine the most adequate drug classes for treating Type 2 Diabetes patients.

In addition, Oklahoma has a large Native American population, with tribes supporting their own health care systems.

Oklahoma has a high rate of Type 2 Diabetes incidence, with about 1-in-6 of our citizens afflicted with diabetes compared with 1-in-10 figure in the rest of the country.

“We decided it would be better to be close to our target population,” Puneet said.

The founders met one another as graduate students at Johns Hopkins and began brainstorming potential concepts to launch as a new venture. They tackled Type 2 Diabetes because of a shared family history with the disease.

“Oklahoma City is much more receptive, much more welcoming, much more open to meetings, to hearing out, to bouncing ideas off of people.”

“From both our paternal and maternal sides, we do have cases of diabetes and have seen our own relatives suffer quite a bit, because diabetes is a chronic disease with no permanent cure as of now.,” Yash said. “It’s been really disheartening to see our dear ones being toggled from one drug to the other with no sustainable solution for their ailment.

“We’ve seen how their lives take an adverse turn and how tough it is for them to manage their lifestyles on a day-to-day basis.”

Type 2 Diabetes is a difficult diagnosis because physicians are challenged to determine the right medications for patients, a process that could take months to assess given the plurality of glucose lowering agents available in the market -– 11 discrete drug classes and more than 100 compounds and formulations spanning those 11 drug classes.

This makes Type 2 Diabetes expensive and time consuming for the physician to manage.

“Long-term Type 2 diabetes patients endure repeated blood tests, repeated insulin administrations and have to change their prescriptions and dosage very frequently with a lot of clinician visits,” Yash said. “We saw this as a good problem we could address and decided to work on a potential solution.”

So, how does Aevus Precision Diagnostics address the challenge of determining the correct treatment for Type 2 Diabetes patients?

The Aevus platform – known as Aevus Precision Rx -- will integrate with and draw data from electronic health records maintained by hospital networks and physician practices, deploy big-data and machine learning on the clinical data to forecast drug outcomes for each unique patient. This approach will provide physicians a second pair of clinical eyes, enabling them to make a more informed and statistically sound prescription decision on the fly.

“The goal is to ensure that the patient who’s at the center of the health care value chain is benefitting the most because now they are getting the right medicine that suits their profile from the get-go,” Puneet said. “They also are able to get that in a lesser period of time, so they aren’t having to undergo all these various side effects.”

Aevus will work with management of large health care systems in a “top down” model to incorporate their software into the process.  The Aevus Precision Rx will be offered as a cloud-based B2B software-as-a-service (SaaS) business model to university hospitals and private integrated health networks

“The ultimate goal for the startup is to make Precision Rx standard operating procedure for endocrinologists and primary care physicians working at big health systems and provider networks,” Yash said.

The Aevus founders already have completed i2E’s Venture Assessment Program (now called e3) and received an OCAST Technology Business Finance Program award through i2E in February, along with pre-seed financing from a renowned OKC angel and a former VP of Oklahoma State University.

Puneet and Yash are working steadily to complete milestones that will lead to a $400,000 seed round investment by November 2020 and an MVP – minimally viable product – in Spring of 2021.

After living and working in the OKC metro for over a year, the Aevus founders describe their reception here as “very welcoming,” especially compared with the metropolis of New York City.

“Oklahoma City is much more receptive, much more welcoming, much more open to meetings, to hearing out, to bouncing ideas off of people,” Puneet said.

“Tom has been instrumental in shaping Aevus’ fundraising outreach strategy for both traditional and non-dilutive funding resources,” Yash said.

Evan Fay, manager of Innovation and Entrepreneurship at the Greater OKC Chamber, has been pivotal in making introductions for the Aevus founders to key players in the OKC community, making intros to co-working spaces, startup meetups and small business avenues

“The community here at large has been very welcoming and kind to first-time entrepreneurs,” Puneet said.