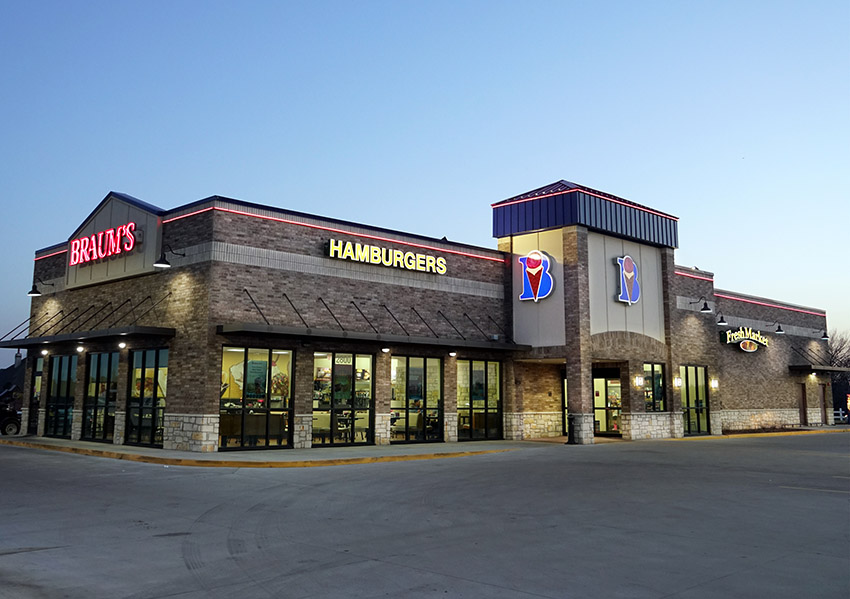 Braum's newest store model will soon be seen all over Lubbock, Texas, and in Piedmont. This store opened July 2016 at SW 134th Street and S. Pennsylvania Avenue.

Braum’s has been watching the growth in Lubbock, Texas for several years. The home to Texas Tech University, Lubbock has seen more than an 11% population increase in the last eight years.

All those new people will be needing places to eat and Braum’s wants to be there for them.

Over the next several months and into 2020, Braum’s will be constructing and opening several stores in Lubbock, as well as planning another store close to Piedmont.

“We’ve broken ground on the first location in Lubbock, but we don’t have an opening date yet,” said Amanda Beuchaw, Braum’s spokeswoman.

The expansion into Lubbock is the farthest the company’s ever gone from the Tuttle farm and the corporate headquarters in Oklahoma City.  Typically, Braum’s will go about 300 miles from central Oklahoma, but Lubbock is 325 miles.

She said the city’s growing population means it will be able to support multiple stores. There are three stores planned now, with more properties being considered.

“We’re hoping to get three stores opened in Lubbock next year,” she said.

Closer to home, Braum’s, Inc. has bought land on Northwest Expressway, near Piedmont, for a new location. Piedmont has seen a 43% population increase since 2010.

The new store will mean more jobs in Greater Oklahoma City. Each store employs around 10 people full-time and another 25 to 45 part-time employees, with the larger total being during the summer hours when there’s a high demand for ice cream.

Farther north, near the state line, Braum’s has demolished the Blackwell store that caught fire in June. Beuchaw said the company is seeking city permits now to start construction on a new store.

In Kansas, Braum’s recently opened its 10th store in Wichita. The company also reopened two remodeled Missouri stores; one updated was done in Carthage and the other was in Monett. A new store has been opened in Keller, Texas, as well.