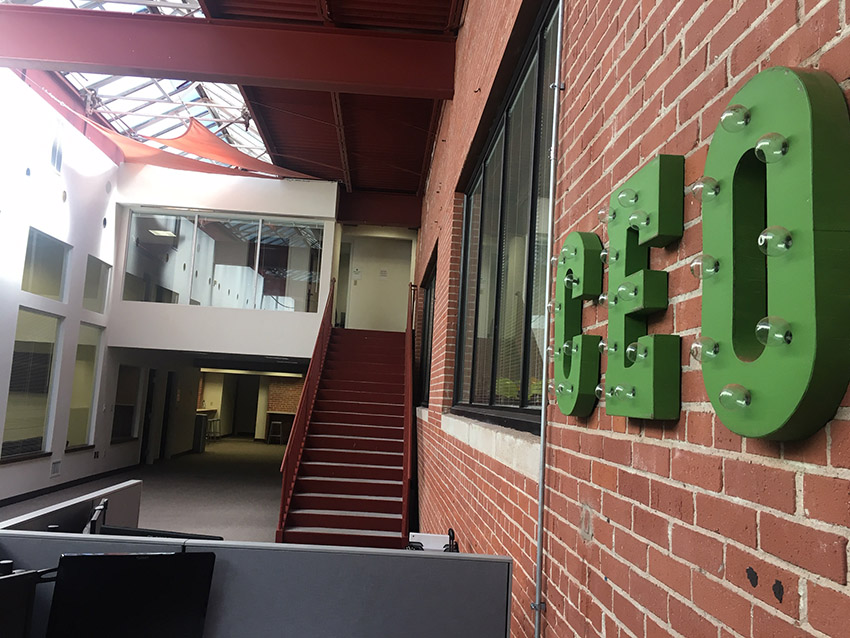 The new Center for Employment Opportunities office is at 501 N. Walker Ave., Suite 160.

With its larger space, the Center for Employment Opportunities (CEO) is planning to expand its reach to formerly incarcerated residents.

CBRE brokers Susan Davis Jordan and Kelsey Gilbert spent nearly a year trying to find CEO a space because they wanted a place that would help CEO’s work. That meant finding a place immediately available and easily accessible.

CEO operates a voluntary four-step program that works with people who are out of prison or jail, and helps them get in the workforce. The Oklahoma City office is part of a national organization, based in New York City. But money donated to CEO-Oklahoma City stays at the office on Walker Ave.

CEO-Oklahoma City Director Sam Eagleson said CBRE was focused on finding a space that helped the organization with its mission. The new 8,290-square-foot space puts CEO within walking distance of the bus line, which is important to the people that work for the center. The office is also now near city, county, and federal offices, where CEO’s participants may need to get documents, report to work, or check in with a parole officer.

“We are able to be accessible to everything,” Eagleson said. “While transportation can still be a barrier, being here makes it less of a barrier. Being near the bus stop can be literally life changing.”

In fiscal year 2019, CEO-OKC served 210 people and celebrated getting 100 people full-time job placements. This year, the goal is serve 400 people.

The growth has been spurred by a few factors, Eagleson said. One is simply word of mouth. As people hear about the crews, the quality of work they do, their reliability, and that hiring them also supports the reentry stage of criminal justice reform, then it’s a win-win situation, he said.

Learn more about the chamber's work on criminal justice reform.

CEO’s program starts with a four-day class called Pathways 2 Employment. The new office space comes with a larger classroom area. The previously class area was about half the size. Before the move, some people had to wait until the next orientation class because there was not enough capacity to support all of the individuals who were seeking services.

Now, CEO can get about 25 people in one class, which helps the participants get into the workforce and earning money even sooner.

On the fifth day of the first week, the participants become CEO’s employees and start working on one of the crews. CEO has seven transitional work  crews that provide groundskeeping and other services in the metro. The city of Oklahoma City has two crews, with Moore and Edmond each hiring a crew. The Oklahoma Department of Transportation also has two crews, and one crew is with a private waste management company. .

The CEO employees work four days a week and are paid daily on a pre-paid debit card. 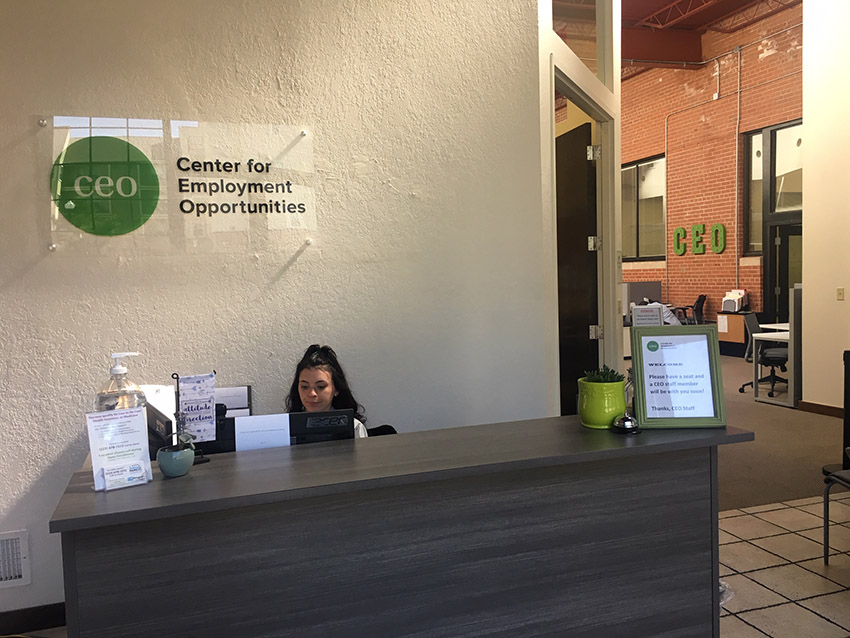 On the day when they’re not working, the CEO participants  meet with the center’s staff on job placement and other needs. About 50 % of the crew members have GEDs, though CEO is now offering a free after-work GED program. Three people have received their degrees so far, Eagleson said.

The center’s staff tries to find employers with full-time jobs for its participants. Their work experience may vary, some may not have any at all.  CEO helps participants create resumes that are reflective of their skills and provide daily feedback on objective, employable behaviors that they use as data to help support participants when referring them to employers in the private sector.

When people come to CEO on their non-work day, they have to be job-placement ready, including being dressed for an office. Luckily, CEO has clothes to offer, though it always needs more, Eagleson said. CEO has a men’s clothing closet and partners with Dress for Success for their female participants.

A CEO crew member usually spends on average about three to four months to secure full time, unsubsidized employment in the private sector.

Eagleson said for the employer, hiring a CEO employee comes with an additional benefit of having the center’s support for one year. After finding new employment, sometimes new situations can arise.  For a full year, CEO supports the business and the participant navigate anything that may come up.  CEO also provides an extra financial support to the participant once a month for continuing to retain the job.

Besides a better location, the new office offers a bright, warm place where participants feel welcomed, said Emily Ray, CEO program manager. The CEO crews have brought their families on tours, showing them where they work.

She said the idea was to create a space where the participants would want to hang out after work and search for jobs. There’s a skylight that brings in natural light to the space as well.

“This space really says we care about you,” Ray said.

For more information about CEO or how to get involved, including being an employer, call the Oklahoma City office at 405-588-8200.