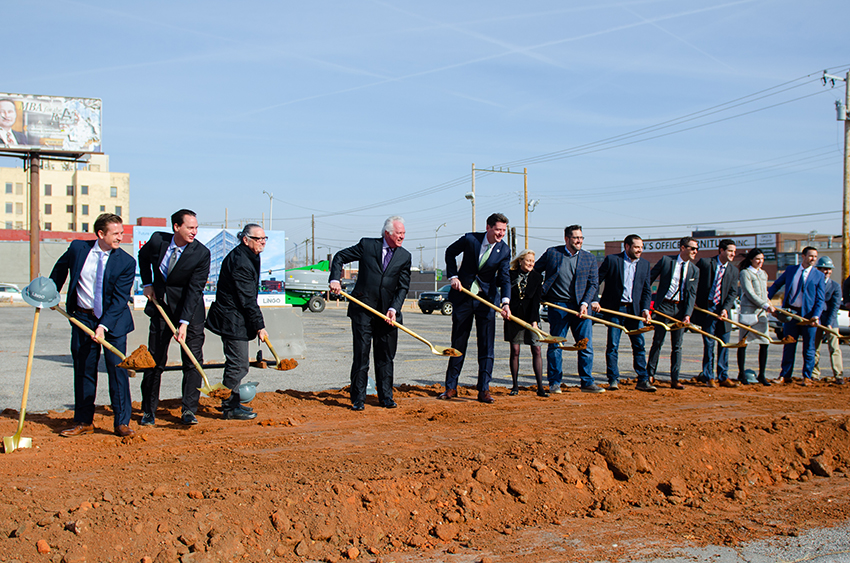 Heartland, pictured above at their recent groundbreaking, was one of several companies who announced new jobs in Greater Oklahoma City in 2018.

“Oklahoma City is seeing increased momentum in its economic development efforts, as evidenced by the significant number of jobs announced this year by both new and existing companies,” said Jeff Seymour, executive vice president for economic development at the Chamber. “Oklahoma City exemplifies that companies want to locate and grow in communities that invest in their own quality of life.”

The average wage for announced positions is $47,360, with more than $349 million in payroll. These new jobs represent both new companies and the growth of existing businesses. Several companies also announced job growth of more than 100 positions during some portion of 2018.

CACI International Inc., a company that provides cyber-security and information services to intelligence, defense and federal civilian customers, centralized some of its business operations in Oklahoma City by opening a shared services center. The center is expected to employ 550 people when fully staffed.

Oklahoma City was also announced as the location for the state’s first Amazon fulfillment center, a 600,000-square-foot facility that will create more than 1,500 full-time jobs by the end of 2019. Employees at the fulfillment center will pick, pack and ship small items to customers.