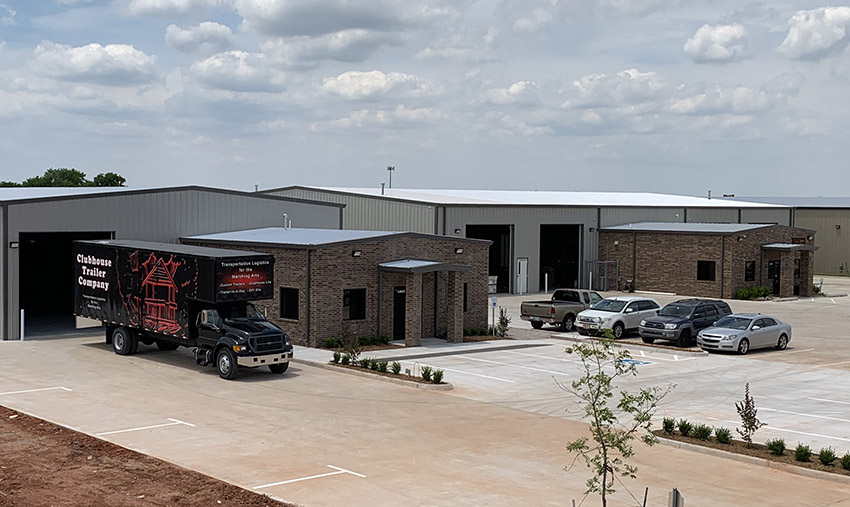 The Clubhouse Trailer Company expanded its operation into the building on the left. The company now takes up two buildings in northwest Oklahoma City.

The 2019 Metro 50 winner, Clubhouse Trailer Company, is continuing its growth as the company works to meet the logistical needs of marching bands across the U.S.

Founded in 2010, Clubhouse Trailer Company builds out recycled moving trailers into custom-designed equipment trailers for high school and college marching bands. Started by “Band Dads” Jeff Hadley and Drew Taylor, the 12-person team has deployed more than 80 trailers into 11 states and is sending trailers into two more states this year, Minnesota and California. The company is on track to complete at least 50 trailers this year alone.

The custom-built trailers were supposed to be a one-time deal, with Taylor and Hadley building their first unit for Edmond Memorial High School. Then Bartlesville saw the trailer and wanted one. Bixby was the third request.

“Then we realized there might be something to this,” said Taylor.

The company forayed into college marching bands with a unit for the University of Kentucky. The Clubhouse has also worked with national drum corps.

The demand has continued mainly through word of mouth. One band sees the trailer, then calls and asks about getting one. Then someone would see that band’s trailer and ask the same thing.

The trailers are all created on site, where the larger building houses a woodshop and a machining shop. Since each trailer can be made to fit the individual band, requiring custom-made pieces, The Clubhouse has a 3D printer fleet to create those parts as needed.

With the four Prusa printers, the team creates seven pieces used on the trailers, including a foot for its ramps. The printers are also used to make a piece to test before buying a more complex item.

“This helps us keep our costs down,” said Taylor. “We’re in this to help the programs meet their needs in a safe way.” 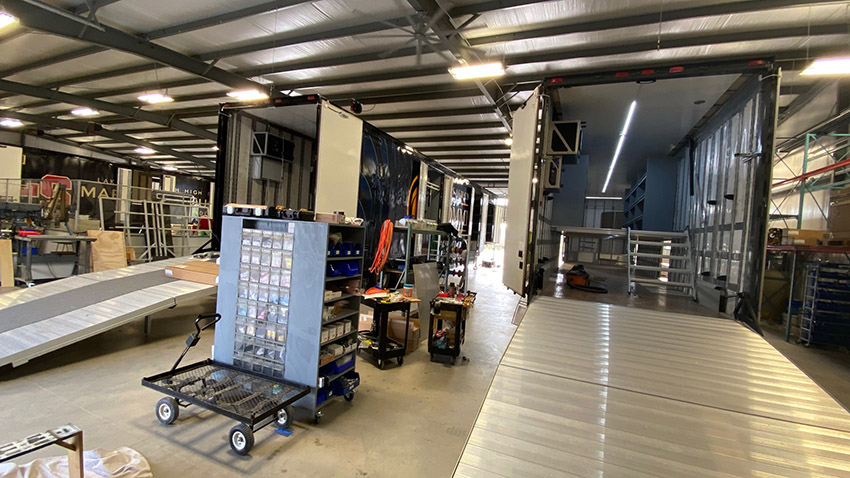 Two Clubhouse trailers are being built-out to meet each band's needs.

One version of the trailer comes with an automated ramp, created by The Clubhouse team. The ramp tucks inside the trailer, allowing the doors to close around it and the wrap to go around the unit.

While the trailer’s interiors are impressive, what catches peoples’ eyes is the exterior. The Clubhouse’s design lead Daniel Muzquiz works with the school district to get the mascot image, then creates a colorful, yet intimidating graphic to wrap around the trailer. City Trailer wraps the units, then sends them back to The Clubhouse for the interior customization before they are delivered to the schools for the unveiling.

Clubhouse’s continued growth has meant an uptick in work for City Trailer as well. A similar relationship is seen with other companies around the metro, said Taylor.

“We try to support as many locally-owned business that we can,” he said. 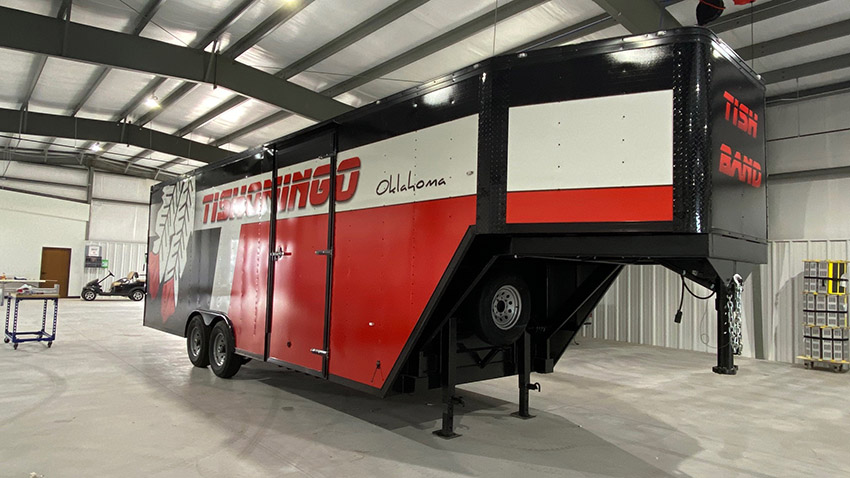 The Clubhouse is launching a solution for smaller schools in August, seen above.

And those companies will likely get an even bigger increase in work when The Clubhouse launches a smaller product this fall. The unit is about the size of a personal livestock trailer and will feature the same custom-built elements, but better suited for smaller bands. Right now, the 53’ custom Clubhouse trailers are usually sold to schools that are 4A or larger.

Taylor said he and Hadley want the students at smaller schools to be able to have a showpiece like the larger schools get.

“We think there’s a real pent-up demand for this,” said Taylor.

Though Clubhouse has plenty of work to keep busy. By attending two different conferences in the last year, the company developed a pipeline of work for the next five years.

And all those projects will be different, which is what keeps the team motivated. But the reward is the looks on the students’ faces when they see their new trailer.

“The students get to see that someone has invested in them,” said Taylor. “We’ve had unveilings where it’s not just the band, but the whole community is there, such as the mayor or a state legislator. These trailers become the face of the community and we strive to make it something they’re proud to showcase.”