Coming to a career fair near you 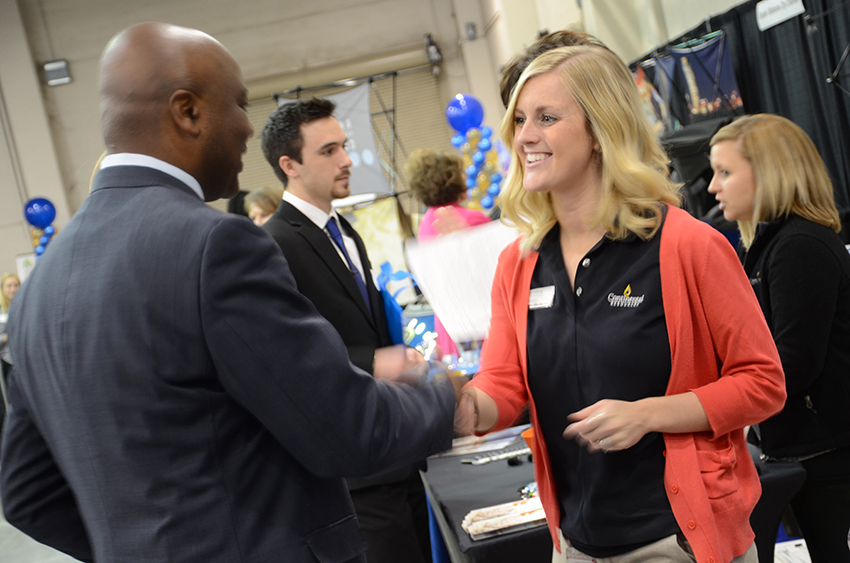 Stillwater, Norman, Shawnee, Langston, Lawton, Ada ... representatives of the Greater Oklahoma City Chamber have crisscrossed the state over the past decade to visit career fairs on just about every college campus.

The reason for all the miles visiting every corner of our great state? Selling Oklahoma City as the place to start your career post-graduation.

“Obviously, we feel like Oklahoma City is not only the best place in Oklahoma but in all of the country for recent college graduates to start their career,” said Greg Jones, director of talent and business growth for the Greater Oklahoma City Chamber. “The low cost of living, combined with the healthy economy, is a no brainer for people entering the job market for the first time.”

Jones is quick to point out that while your dollar stretches further in Oklahoma City, it’s not the only reason new college graduates should look at OKC.

“The ease of getting involved here is unlike any other major metro,” Jones said. “Whether it is local politics, non-profits, young professionals groups or whatever you can think of, Oklahoma City is a place where it is really easy for a 22-year-old to make an impact right out of college. We are finding that is really important for this generation.”

“It is not a stretch to say this is the type of effort the MAPS projects were made for,” Jones said. “The Thunder, the Oklahoma River, Scissortail Park and the OKC Streetcar system—these are all projects that make it easy to sell Oklahoma City as a great place to live to future generations.” 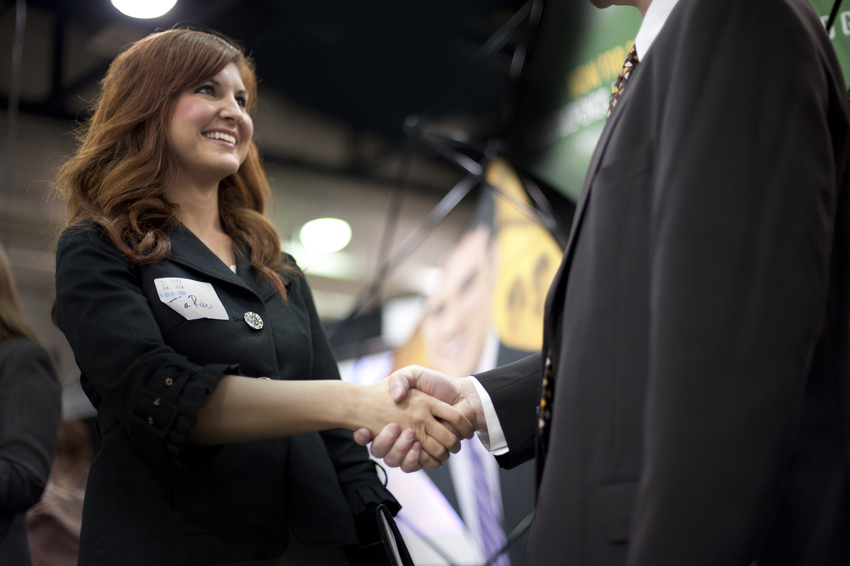 Just two months into the year the Chamber has already been to eight career fairs and will visit many more throughout 2019. Most career fair activity happens during the late winter and early fall.

The career fairs are also a good chance to combat common misconceptions about Oklahoma City to students.

“I think one of the best messages we have is the diversity of our economy,” Jones said. “Sometimes students can have a perception that we only have energy jobs. A lot of students are surprised to learn just how big sectors like aerospace, healthcare, biosciences and advanced manufacturing are in our community.”

In the past, staff has even traveled to career fairs outside of Oklahoma to spread the word about Oklahoma City. Texas Tech, Arkansas and Kansas are just a small sampling of colleges that have been visited.

The benefit of career fairs goes beyond the chance to visit with soon to be college grads, according to Jones.

“It also is a great opportunity to strengthen our relationships with the career services professionals at the schools,” said Jones. “Those people play such a critical role for the students and we want them to know we are here for whatever they need.”

At the end of the day, face-to-face conversations with the students is what it is all about.

“There really is nothing like talking to a soon-to-be grad and opening their eyes a little to what a great community Oklahoma City is and the opportunity available here,” said Jones. “At our very core, that is what the Chamber is all about."