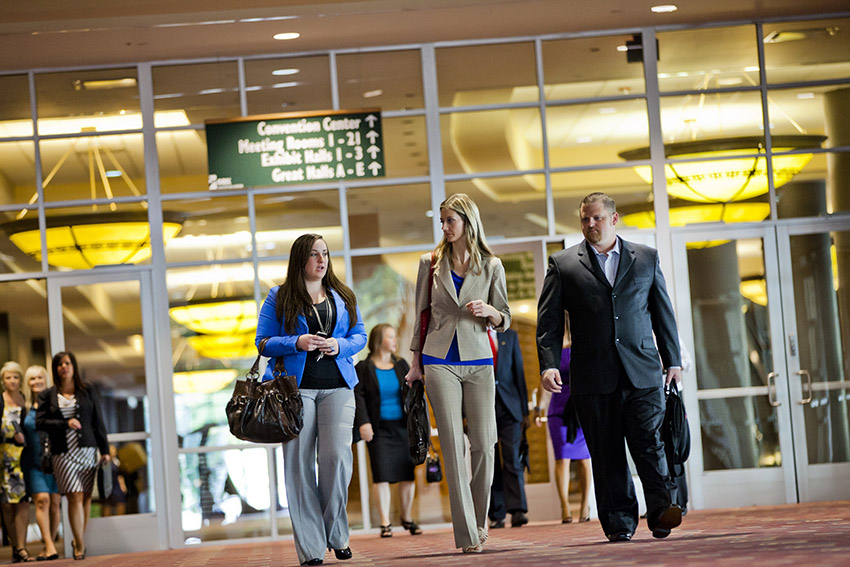 Fairview Baptist Church pastor Rev. John Reed has been an Okie his entire life, but he said he was never more proud to be from Oklahoma City than summer 2018.

That’s when he saw the event and convention planning abilities at the Oklahoma City Convention and Visitors Bureau (CVB). With nearly a last-minute notice, the city was able to secure the National Baptist Congress of Christian Education conference, held June 18-22.

The conference was scheduled for another city, but plans changed in late 2017, leaving about nine months for the CVB to work with the event planners to organize the multi-day conference that would bring about 25,000 people to the city.

“Oklahoma City is a small market compared to where we normally host this event, but it was so successful that people want to come back,” said Reed.

He said it was the CVB’s work that really helped make the event successful. The bureau helped find meeting space in downtown buildings, secured hotel room blocks, and checked the Cox Convention Center to ensure the dates were cleared.

That help is just a few of the several free services the CVB has for groups, companies, or even athletic associations.

CVB President and CEO Mike Carrier said that while the staff enjoys recruiting events and bringing people to the city from out of town, the bureau also wants locals to know the CVB is ready to help them recruit meetings and conferences for their own professional associations and membership groups to Oklahoma City.

The bureau is ready to be involved at the beginning of the planning process. Reed said he enjoyed how the staff helped him throughout the time leading up to the convention and even when people arrived.

At the CVB, the staff can assist with finding the best place to host the event and book hotel room blocks within a preferred pricing structure. People can start the search on their own at meetinokc.com.

With the bureau’s help, attendees can stay near each other and possibly by popular attractions. If the conference attendees will have time, the bureau’s staff can help coordinate group rates at attractions and work with local restaurants or caterers to organize private events.

Of course, the bureau can make it easy to get around Oklahoma City as well by coordinating transportation, whether it’s lining up motorcoaches or helping with directions on the streetcar.

Event planners can help their attendees prepare for their time in the city with a free micro-website, created by the CVB. On the site, people can learn more about city and start planning what they’ll do during their off-time.

Carrier said he’s seen how meeting and conventions have changed from strictly business to becoming mini vacations or even family vacations. His staff is ready to help meeting planners create an unforgettable leisure and business experience, all with no cost to the association.

When the conference or event starts, the CVB can help everyone feel welcomed by posting a welcome message on a digital billboard in Bricktown or at the airport. The staff can also be on site to give directions, help with registration or other needs. The bureau can alert local businesses about an event so the restaurants, attractions and retailers are prepared and properly staffed. If the conference or tournament is large enough, organizers can get financial marketing help, though there is an application process.

Carrier said he hopes that as Oklahoma City residents with ties to organizations, associations, and athletic groups are thinking about where to have their next event, they’ll think about staying home. He said his staff are experts on the city, and can help connect the people to the places and things they need. And those connections are made at no cost to residents. Because at the end of the event, the city has benefited by being such gracious hosts.

Reed said he thought the CVB did a tremendous job in getting the convention together with so little time. The same convention is in Baltimore, Maryland this week.

“I’m still having people come up to me and say they enjoyed Oklahoma City and the good job they did,” Reed said. “I was so proud to be a citizen of Oklahoma City.”