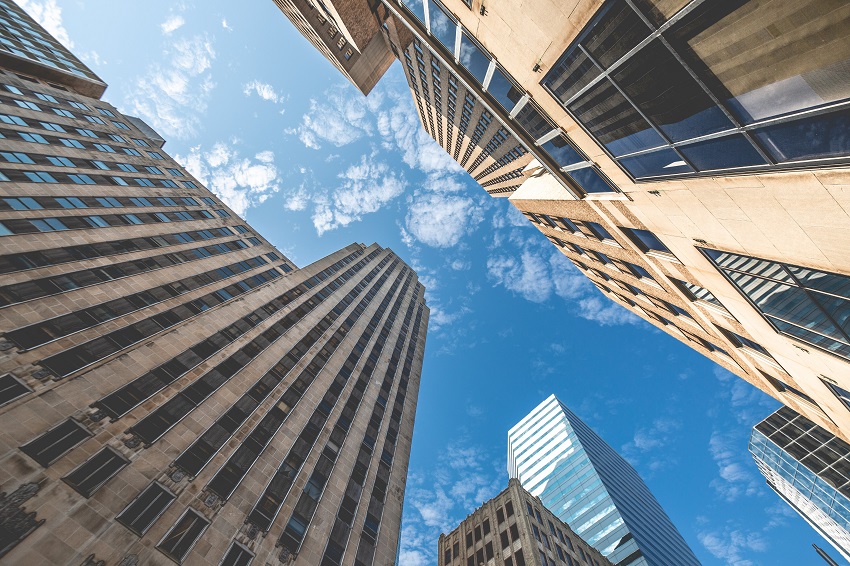 According to the Greater Oklahoma City Chamber’s 2019 Economic Forecast, the Oklahoma City metro economy is expected to continue its growth after a healthy year in 2018. Positive Oklahoma City metro job growth in 2019 is expected to increase by 2.1 percent or 13,600 jobs. However, a modest slowdown in activity could be forthcoming and the state and local economies are vulnerable to national uncertainties. If national conditions weaken in the second half of 2019, this could result in a noticeable drag on local and state forecasted growth. 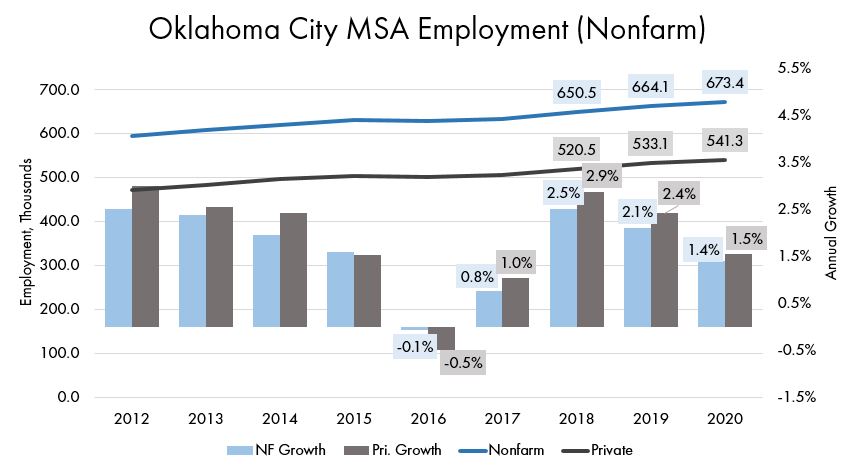 As a contrast, it is important to see how area population growth helps to offset low unemployment and increase total labor force. Population continues to be an impressive story for Oklahoma City. When official 2018 U.S. Census population figures are released, it will show that the Oklahoma City metro population has now grown to be 1.4 million. By 2020, the metro is expected to have added nearly 200,000 people over the past decade.  Since 2005, the Oklahoma City metro has averaged a 1.5 percent annual growth rate, nearly double that of the nation. If the region is able to sustain that growth rate, it will reach 2 million in population by the year 2040.

Following national trends, urbanization continues to benefit the two largest metros in the state. This is specifically seen in looking at how much of the state’s economy and growth can be attributed to the Oklahoma City and Tulsa metros. Combined, Oklahoma City and Tulsa MSAs now account for 70 percent of the state’s GDP, 66 percent of personal income, and 60 percent of total population (or $7 out of every $10 of goods & services, two out of every three dollars of personal income and three out of every five people).

2018 brought about the third year of a five-year economic development program called Forward Oklahoma City V. This is the fifth iteration of the Forward campaign that has provided longer-term strategic planning to the region’s economic development initiatives over the past twenty years. Since 2017, 15,390 jobs with payroll in excess of $700 million and $958 million in capital investment has been announced by Chamber-assisted companies. As part of that program, overall metrics are tracked for Chamber-assisted companies in a number of different areas: new start-up companies assisted, job growth from existing companies as well as new-to-market firms, wages, capital investment and growth in the tax base. In 2018, Chamber-assisted companies announced plans for the creation of 7,380 jobs with an annual average salary of $47,086. In addition, those same companies announced more than $496 million in capital investment. The Greater Oklahoma City Chamber ended 2018 with 74 active projects in its economic development pipeline. The pipeline tracks companies or projects that are potentially looking to relocate or expand in the Greater Oklahoma City region. The largest number of projects by facility type included Manufacturing, Distribution, Office/Shared-Services, and Aviation.

This article originally appeared in the February 2019 issue of The POINT!