The Coltrane Group was the winners of the first-ever $15,000 Wonder Grant, backed by Trifecta Communications with commercialization consultation provided by the Ronnie K. Irani Center for the Creation of Economic Wealth at the University of Oklahoma (I-CCEW).

Trifecta CEO Brent Wheelbarger said the Coltrane Group was one of 18 applicants for the grant. While he didn’t judge it, this one stood out as the winner because the grant is what would make it happen.

Husband and wife Andre and Jessilyn Head co-founded The Coltrane Group in 2008 to help preserve the history of Oklahoma’s 13 Black towns.

“Using this grant, we want to expand people’s knowledge about the Black towns,” said Jessilyn Head. “We want to attract young people, their parents and historians to learn about these Black towns in a whole new way.”

Oklahoma was seen as a welcoming place for Black Americans. From 1865 to 1920, there were more than 50 Black towns in Oklahoma, a rare occurrence in the post-Civil War United States. The towns were created, ran and governed by Black Americans and were a hopeful destination for former slaves trying to escape the Jim Crow laws found in the Deep South. 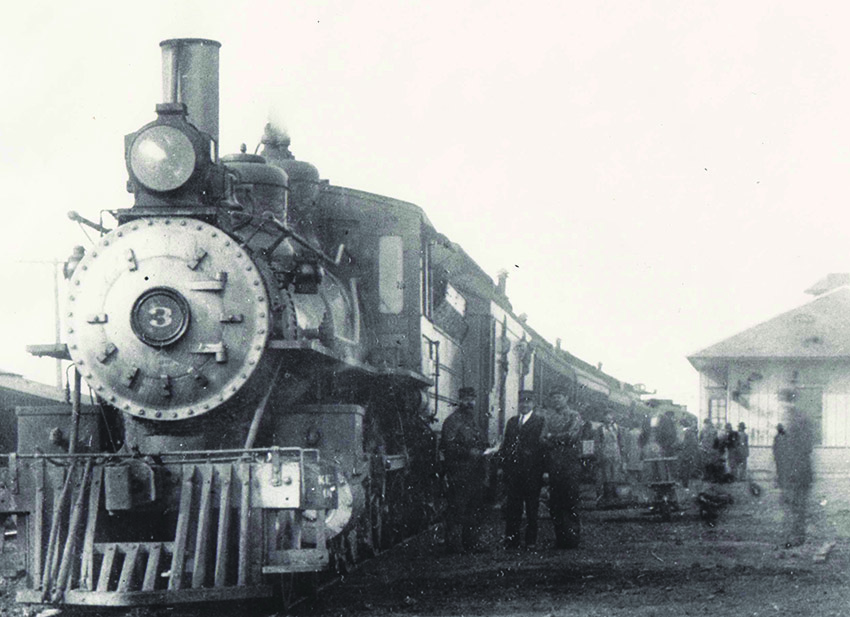 The new residents came to Oklahoma on a crowded train. Working with Trifecta and its augmented-reality technology, The Coltrane Group will replicate that hot, uncomfortable train ride that ultimately arrived at a promising town led by Black Americans.

Wheelbarger and his team are going to recreate that whole trip so students can better understand that moment in time.

“When you scan the ground, it will produce a train car and you’ll be able to look around and see people sitting there. You’ll be able to interact with artifacts and there will be a story that will tell you where you’re going and why you’re there,” he said.

The first destination will be Boley, which during its heyday was hailed as the “Most Enterprising of all the Black towns” by Booker T. Washington. Boley was the epicenter for the area, with 7,000 residents and 24,000 farmers living outside the city limits. The Farmers & Merchants Bank in Boley was was robbed by the Charles “Petty Boy” Floyd gang, though the infamous gangster wasn’t part of the action. 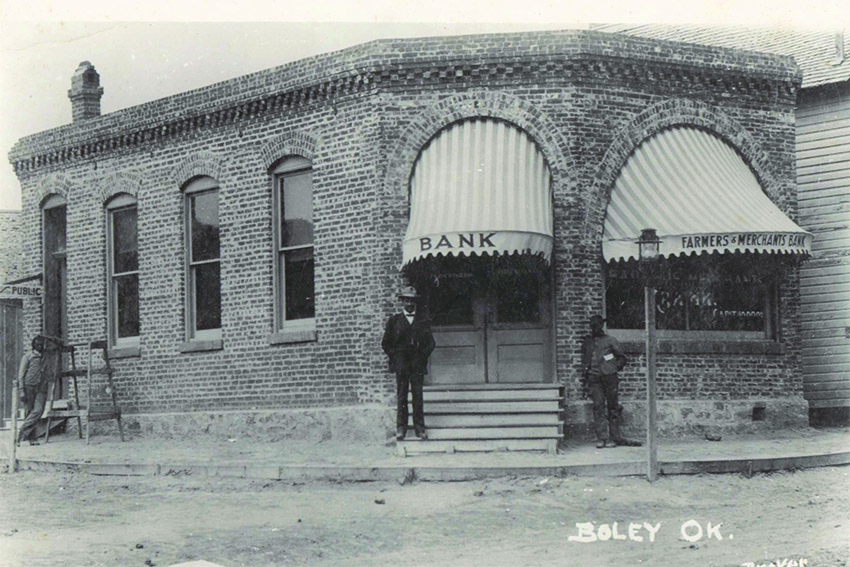 The Coltrane Group is working with the National Register of Historic Places to renovate the bank. The group also worked with the OU Institute for Quality Communities on placemaking ideas for the town.

Andre Head said once the Boley stop is complete, the goal is to add more towns and expand the storyline.

When the program is completed next spring, there will be accompanying curriculum created. Then Coltrane Group plans to take it to Millwood, Crooked Oak and Crutcho School Districts and the St. John Heritage Academy to help the students better understand the place that Oklahoma held in Black history.

While telling the history is important, Wheelbarger and his team are excited to show off their technology. For the students, they’ll learn that AR technology is being created in Oklahoma City, as well as get a history lesson.

“Working with I-CCEW, we wanted to figure out what could we do to get people to pay attention to a new technology that they might not have thought about,” said Wheelbarger.

And that’s exactly what the grant applications reflected: People thought how AR technology would enhance their program. It was fun for Wheelbarger to see people coming up with new ideas.

The next backer of the Wonder Grant would have the same opportunity, which is one of the program’s goals, said Jeff Moore, executive director of I-CCEW.

His students will work on the commercialization opportunities for the project and other Wonder Grant winners.

Going forward, I-CCEW will house the grant, but it needs more organizations to provide the $15,000 opportunity. As more grants are given, Moore said the goal is to create a community where the winners, companies and future applicants can work together to help each other.

“We are actively looking for technology companies to encourage innovative applications,” he said. “We’d like to have an Oklahoma company with a unique innovation offer that talent.”