Forward Oklahoma City focus: The growth of aerospace in OKC 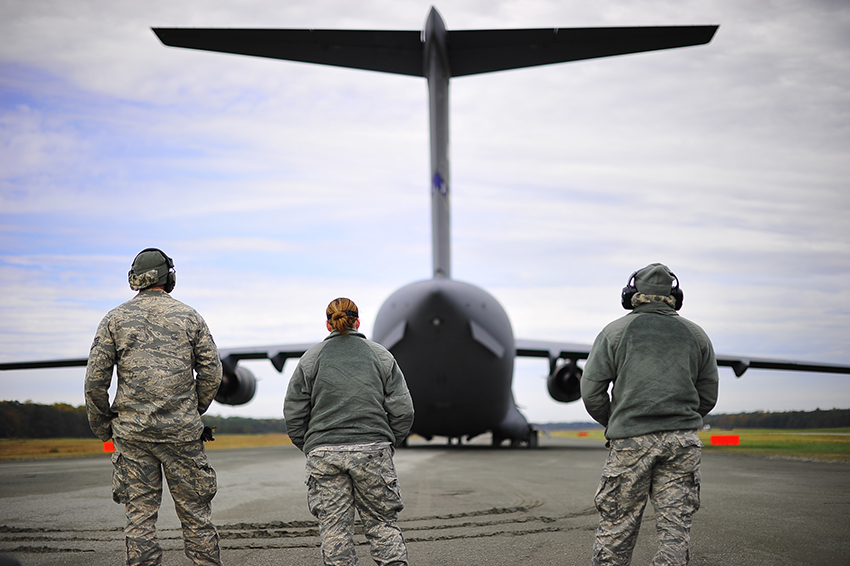 While leaders were fundraising for the Chamber’s first Forward Oklahoma City program, they banded together to remove from the Department of Defense’s Base Closure and Realignment (BRAC) list in 1993 and 1995. Tinker was the largest single-site employer in the state and played a critical role in Oklahoma City’s economy. The Chamber knew that bolstering the aerospace sector in Oklahoma City would be a critical step in protecting Tinker from a base closure in the future.

The Chamber targeted aerospace companies to locate operations in Oklahoma City, knowing that private companies working on Department of Defense contracts in Oklahoma City would boost the productivity and efficiency of the work at the base. In 1999, the Oklahoma City Air Logistics Center partnered with Lockheed Martin to manage and repair of all of the aircraft engines in the U.S. Air Force. The partnership was the first of its kind for the Air Force. In 2005, the partnerships developed at the OC-ALC set Tinker apart from other bases and allowed it to avoid being placed on the BRAC list.

In addition to encouraging public-private partnerships, funds raised by the Forward Oklahoma City program have been used to pass bond issues that have benefited the base. In 2002, the Chamber campaigned for a bond issue valued at $50 million to increase base security by clearing houses from encroachment. The Chamber also led the charge to pass the 2008 bond issue that allowed Oklahoma County to acquire the former GM manufacturing facility and lease it to Tinker. Tinker used the facility to create the Tinker Aerospace Complex, which hosted the 76th Maintenance Wing operations and other DOD workloads.

In more recent years, the Chamber has led efforts to market Oklahoma’s aerospace industry on a global level by attending the Farnsborough and Paris international airshows. The aggressive work done through Forward Oklahoma City’s economic development and legislative action laid the foundation that allowed Oklahoma City’s aerospace industry and Tinker Air Force Base to flourish.

What is Forward Oklahoma City?

Read the original article in the March 2015 issue of The POINT!