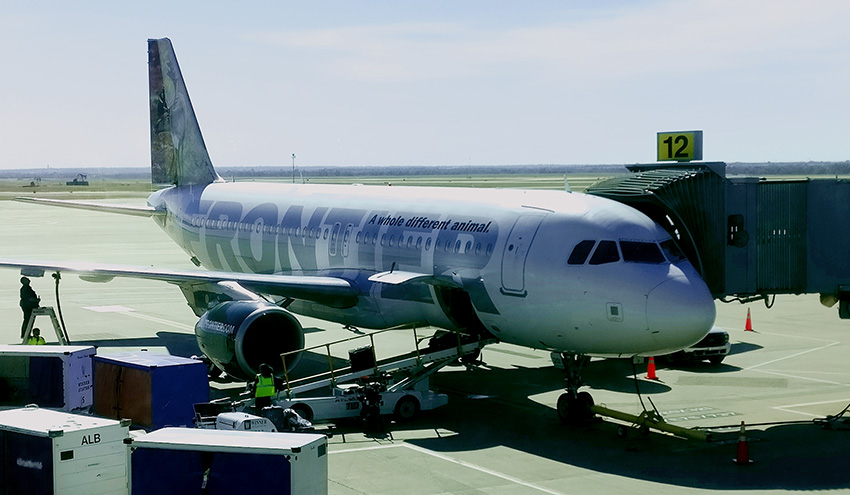 San Antonio – Low-cost carrier, Frontier Airlines is continuing its commitment to make flying to and from San Antonio more affordable by adding nine new routes. With today’s announcement, Frontier will offer more nonstop destinations from San Antonio International Airport than any other airline. On eight of the new routes Frontier will offer the only non-stop flights. To celebrate the new service, special introductory fares are now available for as low as $29* each way at FlyFrontier.com.

Frontier flies one the youngest fleets in the industry consisting of nearly 80 Airbus A320 Family of jet aircraft. With nearly 200 more new aircraft on order, Frontier will continue to grow and modernize its fleet to deliver on the mission to provide affordable travel across America. By 2026, the company will be in a position to deliver Low Fares Done Right to more than 50 million passengers a year. Frontier’s young fleet also ensures that the company will continue to keep fares low and that customers will enjoy a pleasant and reliable experience flying with the airline.

Frontier is focused on offering customers real choice and the ability to customize their travel to their needs and budget. For example, customers can purchase travel options like bags and seat selections either a la carte or in one low-priced bundle called the WORKSsm. The Works bundle is considered one of the best values in the industry and offers customers full refundability, a carry-on bag, a checked bag, the best available seat (including exit rows and Stretch seating), waived change fees and priority boarding.

Frontier Airlines is committed to delivering ‘Low Fares Done Right’ to nearly 90 cities in the United States, Canada, Dominican Republic and Mexico on more than 300 daily flights. Headquartered in Denver, Frontier Airlines is the proud recipient of the Federal Aviation Administration’s 2016 Diamond Award for maintenance excellence and was named the industry’s most fuel-efficient airline by The International Council on Clean Transportation (ICCT) as a result of superior technology and operational efficiencies.

Read the entire release at flyokc.com.