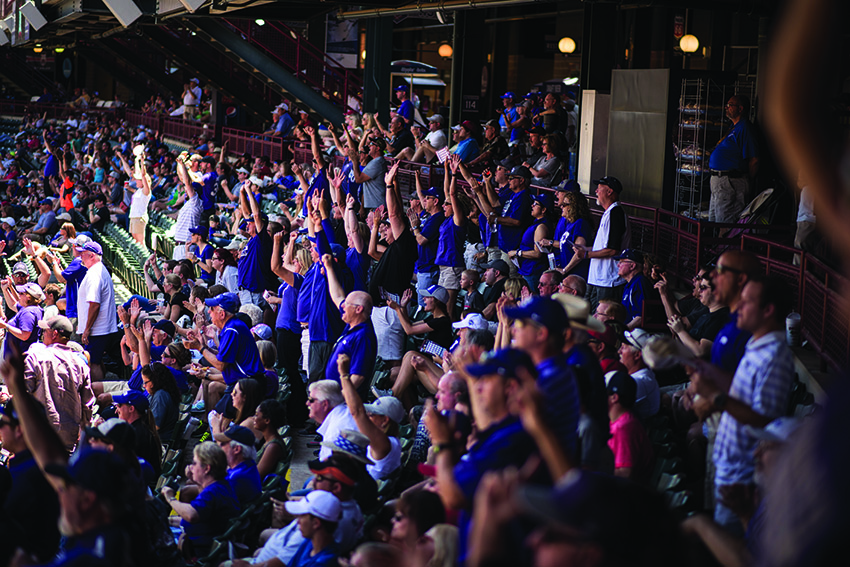 As the 2019 Philips 66 Big 12 Baseball Championship tournament hits the Chickasaw Bricktown Ballpark and the NCAA Women’s College World Series makes its return to USA Hall of Fame Stadium after it hosts the Big 12 Conference Softball Championship, Oklahoma City benefits not only from the availability of exciting, family-friendly, accessible entertainment options, but also from the impact of out-of-town visitors’ spending power and the positive portrayal of our city, its venues and attractions throughout the nation and world. Keeping high-profile, high-impact events such as these in OKC is critical to the success of many in our visitor and hospitality industries.

With invitations to be extended to the top eight teams in the league at the close of regular season play, the 2019 Phillips 66 Big 12 Baseball Championship tournament will once again feature a double-elimination format, with two brackets of four teams each. The winners of each bracket will advance to the championship game in a winner-take-all contest. The conference champion receives an automatic entry into the NCAA Division I Baseball Championship.

Oklahoma City has hosted the event every year since 1997 except 2002 and 2004, when the champion was crowned in Arlington, and 2015, when the tournament was held in Tulsa.
While obviously a draw for fans from all around the Big 12’s regional footprint, the support of local baseball and college sports fans is integral to the success of the event.

“While we know that Oklahoma City will be hosting the tournament again next year, beyond that, host sites haven’t been announced, and strong local ticket sales are certainly proof that the event is important to the community when it comes to submitting a bid,” said Mike Carrier, president of the Oklahoma City Convention and Visitors Bureau.

A variety of ticket packages are available, including all-session tickets; single-session tickets; “All-Session 4-Topps,” which include the “best seats at the ballpark” situated around a half-moon-shaped table, all-inclusive food, two drink tickets for every session, and a parking pass for every session. Group tickets and “4-Pack” tickets options are also available. Get more information and a link to online tickets at visitokc.com/big12baseball. 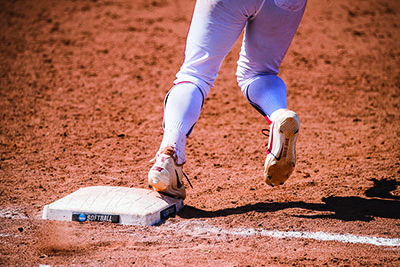 Similarly, but on a grander scale, the winners of the eight “super-regional” tiers of the 64-team NCAA Division I Softball Championship tournament receive invitations to the Women’s College World Series, with two four-team brackets competing in a double-elimination-style contest. The winners of the two brackets then compete in a best-of-three championship round.

Teams, support staff and fans from all over the country will descend on Oklahoma City to support their favorite squad during this one-of-a-kind event that has a range of positive impacts to the community.

“Teams and fans flood local hotels, restaurants and shops during each tournament and their direct economic impact is more than $15 million,” said Carrier. “In fact, the local economic impact for all of the sports events held in OKC over the past couple of years is estimated at more than $55 million.”

Additionally, every Women’s College World Series game is broadcast on ESPN and, as a result, Oklahoma City is mentioned multiple times during each game to a national audience, in addition to broadcasting shots of the Adventure District, the downtown skyline, the city’s many amenities and other images indicative of OKC’s renaissance.

According to Carrier, “You can’t buy that kind of positive exposure.”

Whether you’re attending the tournament or not, the Women’s College World Series also hosts a Fan Fest that is free and open to the public on May 31 – June 3 at the USA Softball Hall of Fame Stadium. A variety of activities are planned, including USA Softball autograph sessions, bat testing demonstrations, inflatable attractions and more.

This article originally appeared in the May 2019 edition of The Point.