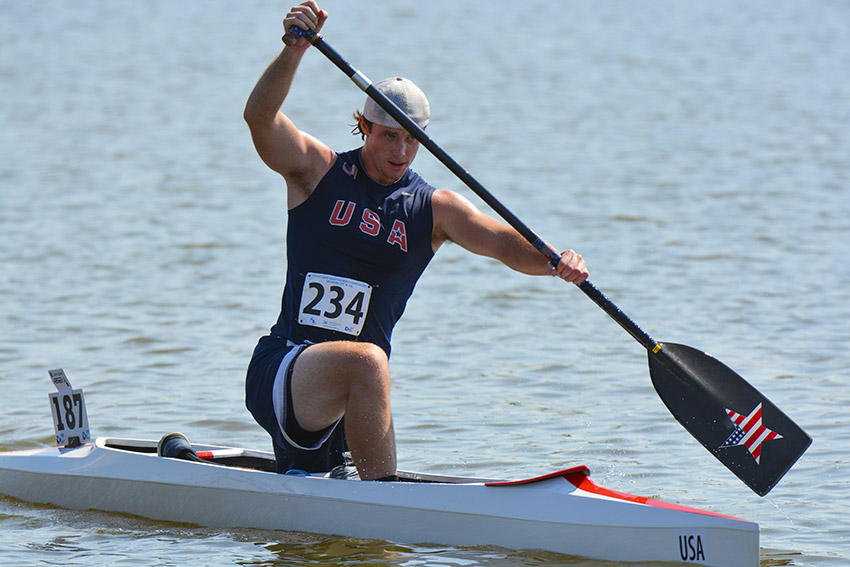 The International Canoe Federation is excited to announce that the third annual canoe sprint Super Cup will be held in Oklahoma City, and will see Olympic and world champions racing under lights for the first time.

After successful cups in Barnaul, Russia, and Linyi, China, the 2020 edition will take place on the Oklahoma River in downtown Oklahoma City. Generous prize money will be offered, and the event will be televised live around the world, including on Eurosport and NBC in America.

The event will be held two weeks after the conclusion of the Olympic Games in Tokyo with the best canoe sprint athletes in the world invited to compete in the ICF Super Cup. A small number of wildcards will be available for local athletes.

The ICF held its 2014 canoe marathon world championships at the same Oklahoma venue, and Toulson said the event was a tremendous success.

The ICF Super Cup is unique in that it holds races over unusual distances, opening up the opportunity for both sprint and distance specialists to vie for prize money. The first ICF Super Cup in 2018 featured races over 350 metres, while last year in China athletes had to sprint down a 300-metre course.

“After hosting Super Cups in Russia and then China, it made a lot of sense to take the 2020 version to the United States, so we were particularly thrilled when Oklahoma City expressed interest in hosting the event,” Toulson said.

“We are always looking at new ideas to further improve our event and are excited to be racing under lights in Oklahoma. It opens up all kinds of possibilities for our live television coverage and to add to the enjoyment for the athletes.”

RIVERSPORT Executive Director Mike Knopp said the Super Cup advances Oklahoma City’s efforts over the past decade to establish the Boathouse District and Oklahoma River as a global destination for paddlesports.

“We are honored to host this event as it perfectly aligns with the spirit of innovation that has driven the development of the Boathouse District as a world class urban venue with state-of-the-art facilities and the world’s only stadium-lit river race course," he said.

"We are also particularly excited about the opportunity to leverage this event to advance the enthusiasm for the Olympic movement and spark interest among hundreds of youth who will participate in exhibition events surrounding the Super Cup. We hope it will serve as an inspirational culmination of a summer for outreach programming aimed at introducing urban youth to outdoor adventure and paddlesports.”

Toulson said canoeing has a long history in the Oklahoma region, especially among Native Americans. The new “First Americans Museum,” which will open on the Oklahoma River in 2021, will feature an important display showcasing the role canoeing had in the lives of American Indians.

“We are honored to host this event as it perfectly aligns with the spirit of innovation that has driven the development of the Boathouse District as a world class urban venue with state-of-the-art facilities and the world’s only stadium-lit river race course."

The ICF held its 2014 canoe marathon world championships at the same Oklahoma venue, and Toulson said the event was a tremendous success.

“We were impressed by the number of spectators who came down to watch the racing in 2014,” he said.

“This year we can expect even more interest, especially given the opportunity for fans to watch athletes who just weeks before paddled for gold in Tokyo.”

The 2020 ICF Super Cup will be held on August 21 and 22, with men’s and women’s kayak and canoe races, and the very popular mixed canoe race.