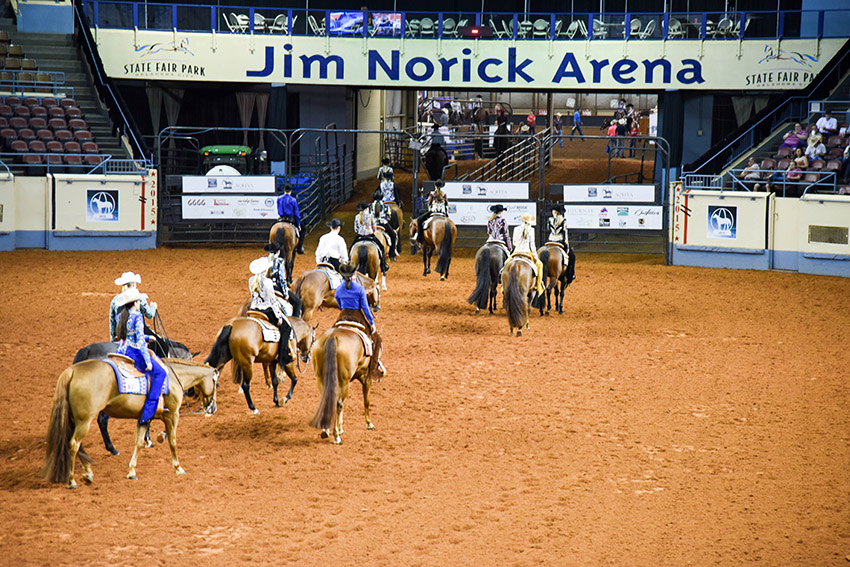 Participants in the Kansas Quarter Horse Association's Prairie Classic will return to the city this week.

When the Kansas Quarter Horse Association wanted to host a horse show to raise money, there was nowhere in the Sunflower State that could hold the crowd.

So the group looked south and held its show at the OKC Fairgrounds.

“This is the best facility in the U.S. for sure,” said Jackie Krshka, show organizer. “The hotels are convenient. The restaurants are convenient. And there are great staff at State Fair Park.”

The KQHA held the first Prairie Classic in 2018 and more people came to compete the following year.

The show returns today at the OKC Fairgrounds and runs through Sunday. With more than 600 horses registered to participate in the event, nearly 2,000 people are expected to attend. The event will generate 2,254 room nights in the city and have a direct spending impact of $1.5 million.

The show has helped bolster KQHA’s funds while also giving quarter horse riders another event in which they can earn points to get to a higher-level event, such as the American Quarter Horse Association’s World Show, held at the fairgrounds as well.

She said having the show in Oklahoma City was a natural fit in order for KQHA to meet its financial goals.

“When the KQHA initiated this show, there was not a quality facility in the state of Kansas that could support something that was their vision,” she said. “If you’re going to launch something and run a quality show, they realized that Kansas could not support that vision.”

The Stormont Vail Events Center in Topeka has 245 10-foot by 10-foot stalls. The Superbarn at State Fair Park has 963 permanent stalls, with hundreds of portable stalls available in other barns as well.

Krshka said she’s expecting participants to come from Michigan, Wisconsin, Arkansas, Missouri, Texas, Oklahoma, Kansas and Arizona. She had competitors coming from California, but with winter weather heading into the state, she said Tuesday she didn’t know if they would make it.

Krshka said though that once people get here, they’re not as worried about the weather since the horse stalls are connected to the arena and it’s all enclosed.

She said the show’s success – thanks to the large space at the OKC Fairgrounds – has helped KQHA be more financially viable and fulfill its duty to support the quarter horse industry.