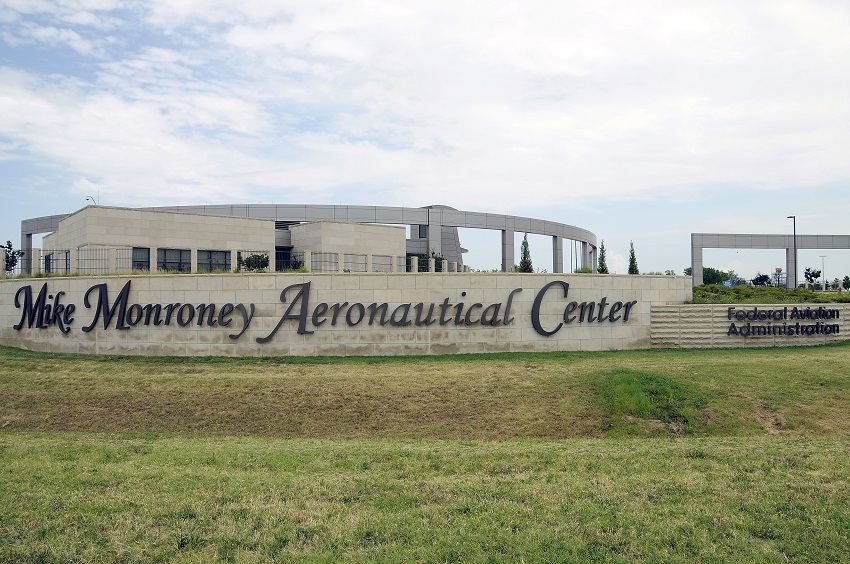 When you think of the FAA’s Mike Monroney Aeronautical Center (MMAC), located on the west side of Will Rogers World Airport, you naturally think of it as the home to the FAA Academy, right? The place that trains the nation’s air traffic controllers, the men and women who keep aircraft safely spaced as we fly the friendly skies.

Truth is, there’s more – much more – that goes on at the sprawling campus on S. MacArthur Boulevard than meets the eye.

"We kind of like to think of ourselves as a well-kept secret,” said Michelle Coppedge, MMAC director since 2013. “But the problem is, we really don't want to be known that way. We make a huge impact on aviation across the world and we have a pretty large economic impact as well, both here in the state and across this nation."

How large of an economic impact? How about $1.65 billion – with a “b” – on the Oklahoma City economy. With the largest concentration of Department of Transportation (the FAA’s parent agency) employees outside of Washington, D.C., the MMAC’s employees, numbering around 6,300 are engineers, accountants, technicians, psychologists, researchers, administration officials, students, aviation mechanics, and more.

Named after Sen. Mike Monroney, an Oklahoman who chaired the Senate Aviation Committee and co-authored legislation to create the center in 1958, the MMAC is housed in 133 buildings on more than 1,000 acres on the west side of Will Rogers World Airport.

The center and its work touches every aspect of the nation's airspace system, which, on any given day, has about 85,000 flights in the air carrying 2.5 million passengers traveling to nearly 20,000 different airports. 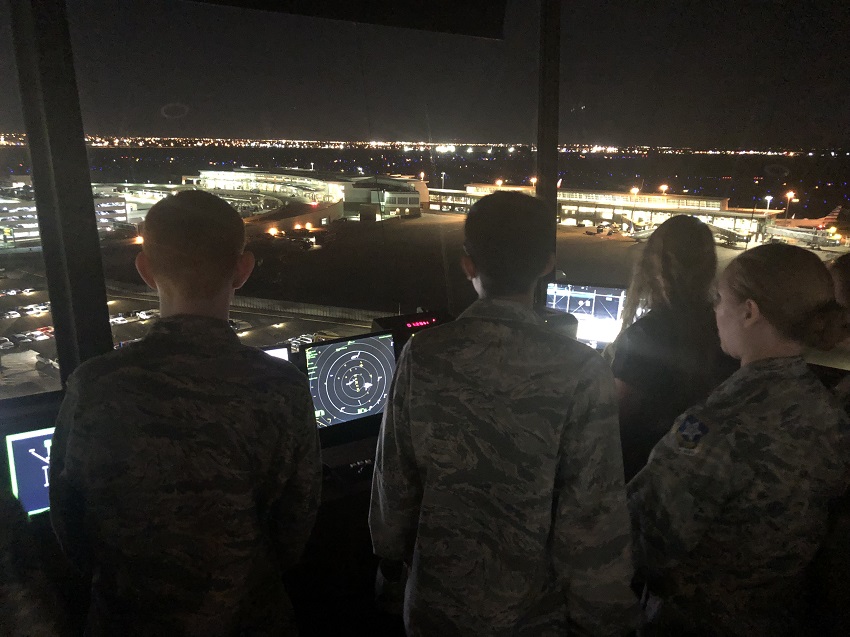 The most well-known facet of the MMAC, the FAA Academy, is the premier air traffic controller training institute for the FAA and the global community. The academy's staff of 300 full-time and 900 part-time instructors provide training for about 20,000 students in Oklahoma City each year. Many of those come from 172 countries other than the United States. Those students spend an estimated $70 million at local hotels, apartments and restaurants.

So, what else happens at the MMAC?

More than you could possibly imagine!

The FAA Logistics Center provides parts and services to the FAA’s Air Traffic Organization technical operations group, as well as the Department of Defense and Homeland Security’s Customs and Border Protection. The National Airspace System routinely orders $150 million in service and parts each year - things like radar systems (including antenna repair and replacement, along with all of the ancillary parts), control tower windows, and everything in between.  The center operates the FAA’s only central distribution facility, with 725,000 square feet of inside storage and 17 acres of outside storage. Many services the center supplies are related to emergency restoration and routine maintenance.

“As the FAA’s only source of supply chain management and maintenance, repair and overhaul for the entire National Airspace System, the center supports 48,000 different systems, enabling safe air travel for the general public,” said Coppedge.

The Enterprise Services Center (ESC) was created in 2003 to provide shared services for government agencies, one of four federally designated financial management shared service providers.  ESC provides financial and acquisition systems and accounting services for the entire Department of Transportation and 11 other federal agencies.  In addition, they provide services such as information technology development and support, information system security, and management of cellular and satellite devices to the Department of Transportation and 28 other federal agencies.

Approximately 1,100 federal and contract employees work at the ESC standardizing services across the federal government.

The Civil Aerospace Medical Institute (CAMI) is the medical certification, medical/human factors research, education and occupational medicine wing of the Office of Aerospace Medicine. The institute has more than a dozen complex labs and large-scale, computerized health system and performance databases.

“Air travel is reliant upon a number of systems," Coppedge said. "There is the technical aspect, the hardware and equipment part, then you have the organizational procedures, such as regulations, and then there is human involvement. That's the focus of CAMI. Humans are integral to every aspect of aviation. They also are the highest element of risk. CAMI helps to mitigate that risk through certifications and through educational and research programs. The institute studies the factors that influence human performance in the aerospace environment, finds ways to understand them, and communicates that understanding to the aviation community.”

CAMI provides oversight to more than 3,000 aeromedical examiners (physicians) who provide physical examinations for all FAA-certified pilots. More than 425,000 medical certificates are issued each year.

The Civil Aviation Registry develops, maintains and operates national programs for the registration of U.S. Civil Aircraft and the certification of airmen. 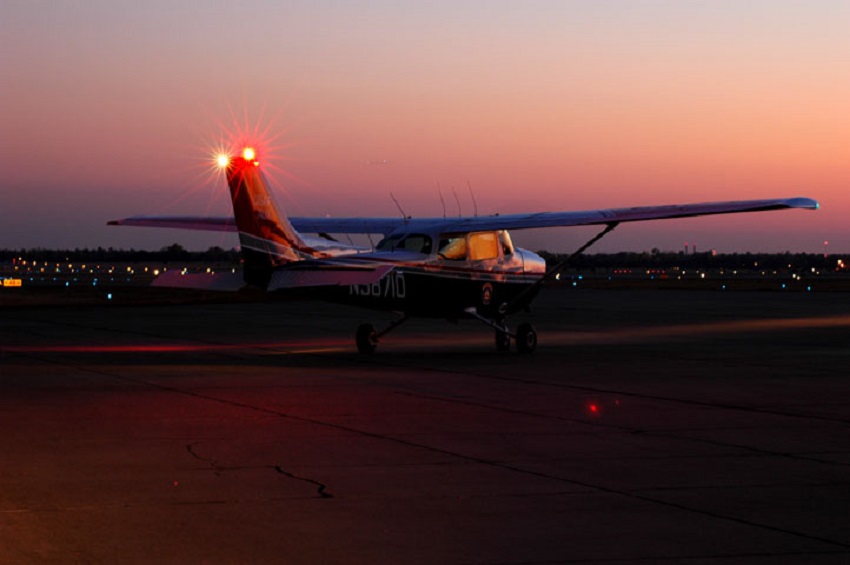 “If you own, buy or sell an airplane or have a pilot certificate, this is where those records are maintained,” Coppedge said. “It’s also where your drone is registered.”

With more than 1 million drones now registered with the FAA, the registry’s employees are kept quite busy.

“There are more than 310,000 U.S. civil aircraft registered in addition to the drones,” said Coppedge. “Add in the nearly 800,000 active pilots and you can see that the work done by these people at the MMAC is of national import. There are more than 30 million documents maintained by the registry, each containing information about airmen or aircraft.”

And that’s not all!

This group also inspects all Department of Defense navigational facilities designated essential to the defense of the United States, wherever they are located.

All of the entities at the MMAC are essential to the MMAC’s mission, to support the safe and efficient operations of the national and international aviation system.

Coppedge said aviation now is safe, but that wasn’t always the case.

"If you were an airline passenger during the 1970s, one of the first things you could do when you arrived at the airport was buy life insurance. It cost $5, and many passengers signed up to do it," she said.

"What are people concerned about today? You are concerned about whether or not you are going to get your bags on time, or whether or not your flight will arrive on time. So we enjoy a time where we are the safest aerospace system in the world and we are really the envy of many countries because of that. A lot of that success is really a testament to a lot of things that happened at the aeronautical center right here in Oklahoma and we are really very, very proud of that."

You should be proud of that, too.