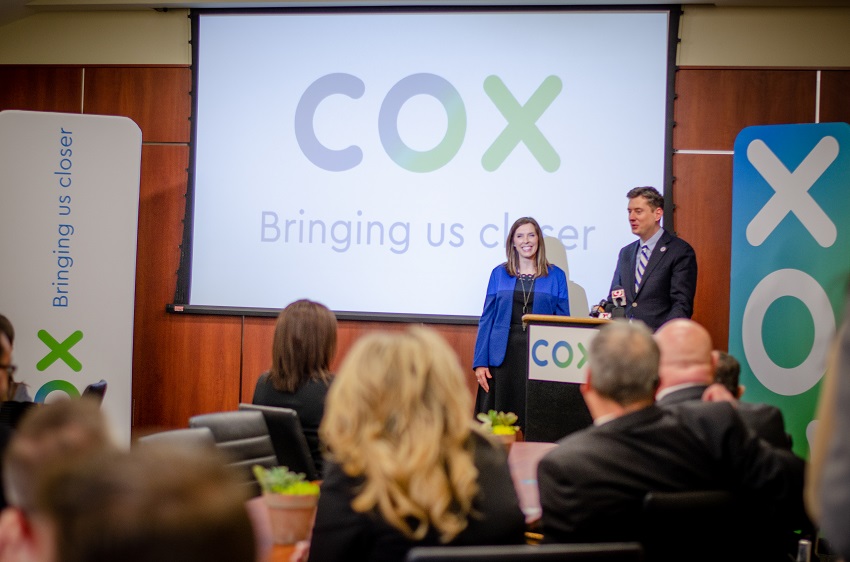 It's well-known among politicians, investors and entrepreneurs that the Internet — and access to it — is an economic engine. It helps connect Americans to education and government services. It serves as a platform for new ideas and companies that wind up changing the world. And it reduces costs for consumers and businesses everywhere.

A 2014 report by the Boston-based Analysis Group indicated that cities that offer broadband at 1 gigabit per second — roughly 100 times the national average of 10 megabits per second — report higher per-capita GDP compared to cities that lack those Internet speeds.

At a press conference held yesterday at the Greater Oklahoma City Chamber, Mayor David Holt and Cox Communications announced that homes throughout the metropolitan area have access to 1 gigabit broadband internet speeds. Cox Communications customers can utilize this powerful connection, equal to 1,000 megabits per second (Mbps), to download 100 songs within 3 seconds, 1,000 photos in 16 seconds and a 2-hour movie in 8 seconds.

“Like virtually all cities, Oklahoma City depends on a partnership with the private sector to provide for our citizens’ ever-growing digital needs,” said OKC Mayor David Holt, “and so I am always grateful when companies like Cox step up and make these kinds of investments.  This infrastructure will benefit our existing citizens and their businesses but will also continue to improve Oklahoma City’s profile as a place for job creators and entrepreneurs to relocate. It means a lot to our city’s unity that we maintain that kind of equity, and it fulfills our vision of ‘One OKC.’  I commend Cox not just for providing this service but for the effort to ensure it is provided to all.”

“This new service provides our residents and businesses with the technology they are demanding, this is another distinguishing, quality-of-life factor that differentiates our community and helps attract talent in a very competitive environment,” said Roy Williams, president and CEO of the Greater Oklahoma City Chamber of Commerce.

“Our Gigablast service meets the needs of today’s internet users who increasingly have multiple internet-dependent devices in their homes and desire faster speeds for entertainment, communication, safety and a range of other purposes,” said Kristin Peck, Cox Communications’ vice president of public affairs. “Cox Communications’ sizeable network investments, including a $10 billion network infrastructure investment, help us stay significantly ahead of demand and enable smart homes, smart businesses and smart cities – all of which depend on reliable fast internet service.”

Cox is making significant upgrades to its infrastructure in Oklahoma City as part of the company’s commitment to invest $10 billion in its network over the next five years. DOCSIS 3.1 technology builds on the strength of Cox’s fiber-based network and provides the ability to roll out gigabit internet speeds throughout more neighborhoods at a faster pace. Cox has committed to offering gigabit speeds to all customers – not just a select few – and an array of speed and pricing options to all homes and businesses, not just chosen neighborhoods.