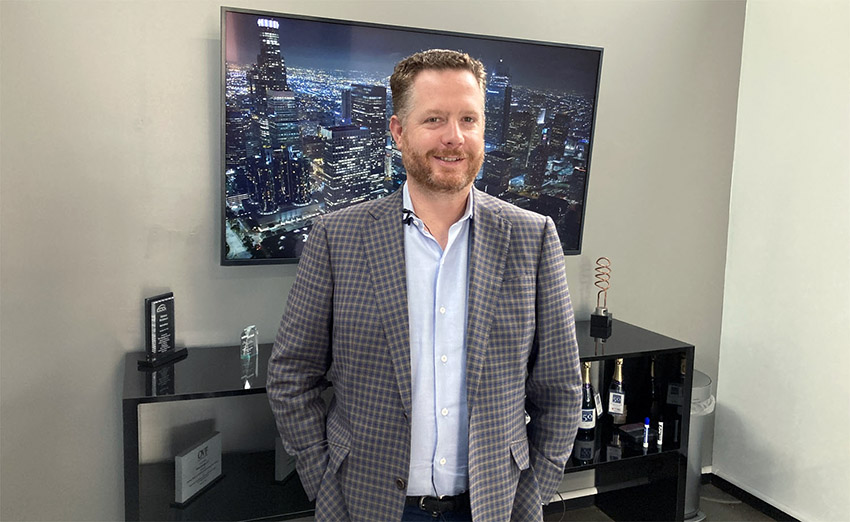 Marcus Robinson traveled the world as he evangelized the hospitality industry on behalf of Oklahoma City-based Monscierge and the software platform it built to enhance hotel guest and staff communications.

And while the company Robinson founded in 2009 now serves worldwide hospitality brands – think hotels and chains – across the nation and in 45 countries, Robinson and Monscierge remain deeply rooted in OKC.

Consider him an unofficial brand ambassador for his hometown.

“I’ve been to just about every state and all of the large cities in the United States, and I’ve told people many, many times that Oklahoma City is one of the top cities in America for raising a family, for having a great quality of life,” he said. “The cost of living has continued to only get better over the last 10 years. The quality of life and the overall economic growth that I’ve seen, it just continues to get better and better.”

Monscierge was launched deep in the heart of Bricktown as a startup, and moved to Northwest Oklahoma City as it grew.

Today it operates with 26 employees out of about 5,000 square feet of space just west of the Quail Springs Office Park.

“I think it’s primarily the sense of loyalty and the hard work ethic in Oklahoma, which Oklahomans demonstrate consistently, trying to go that extra mile. That’s something that we’re proud of and want to continue to be a part of.”
-Monscierge Founder Marcus Robinson

Robinson describes Monscierge as a communications platform for the hospitality industry that focuses on guest experience, guest communication and staff communication.

In the beginning, Monscierge focused on digital signage through which airports, hospitals, hotels and other high traffic venues could offer directions, trusted local recommendations, weather and other concierge-like services to their guests. 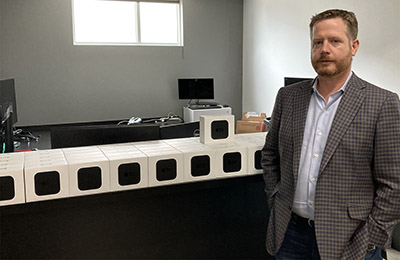 As mobile communications technologies emerged over the years, Monscierge expanded its mission beyond digital signage to encompass communications via smart phones, tablets and Apple TV.

Today, Monscierge offers communications that connect hotels with their guests and with their employees around the world, all in their native languages.

Monscierge’s platform allows hotels to provide a number to which guests can text, and the message is routed to the appropriate person within the hotel. Guests can even use Monscierge software to check in before arriving at the hotel.

“A big area of growth for us is the Apple TV,” Robinson said. “Guests can go into the room and turn on the TV, and it’s like a normal TV but much more interactive; it has information about the local area and the hotel, and also allows for the guest to message the hotel through the TV. So if they want to request more sheets or a baby crib to be brought to the room or any number of things like that they can do that through the Apple TV.”

Guests also have the option to watch streaming television services like Netflix and Disney+ over the Apple TV, and when they check out their personal information is erased from the account.

Monscierge established a close working relationship with Apple as it embedded its software into the Apple TV system.

“We were one of their first mobility partners,” Robinson said. “We worked closely with their design labs for four years to modify the Apple TV to work in the hospitality marketplace. They took our platform and modified their Apple TV to work with it. We’ve achieved what they call green light status, so we’re gone through and jumped through the hoops necessary to get us to that point. Now they just stand by and help us when necessary.”

Hotel brands that work with Monscierge include IHG Hotels and Resorts, most commonly known as Holiday Inn, along with ACCOR out of Europe, Red Lion and Windham, among others. 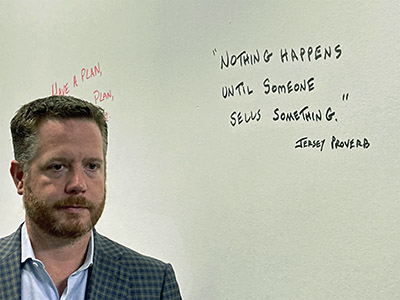 “We’re global, we’re all over the world,” Robinson said. “We’re focused primarily on the United States and Europe, but we have customers as far away as China, Australia, New Zealand.”

The Coronavirus pandemic presented major challenges to both Monscierge’s hospitality clients and to the OKC company itself when it swept across the world this past Spring.

Monscierge even shifted its focus to the health care industry for a time.

“The pandemic affected us pretty drastically almost immediately in March and April,” Robinson said. “You saw the drop in hotel occupancy rates pretty much overnight. It was a very precipitous fall, so we had to shift very quickly into offering health care options. But as we began to explore that, we realized it really wasn’t necessary for us to continue down that path, that we could really focus on what we had traditionally done on the hospitality side.”

Today, Monscierge’s website offers solutions for both the hospitality and health care industries.

“It wasn’t necessary for us to get spread too thin on the health care side,” he said. “We had some good traction with that at the beginning, but many of our hospitality customers came back to us and said we want you to continue building out what you had provided to us because now the hospitality market is needing it even more than they did before COVID.”

A report at the end of August by the American Hotel and Lodging Association revealed that hotel occupancy rates remained below 50 percent six months after the pandemic hit. Industry employment numbers were down by 40 percent.

Robinson considers the fallout from the pandemic a silver lining for Monscierge.

“Even though it was a very difficult time and continues to be difficult for the industry itself, often times good can come out of it and I think that’s one of the positive things for us,” he said. “People started recognizing that the product and technology that we had developed was actually beneficial and helping them increase efficiency within their business and helped them enhance the guest experience. So, the pandemic actually prompted change within the industry that we had been saying for years needed to take place.

As the hospitality world regains its footing over the next couple of years, Monscierge will be focused on deploying its software products further across globe to tens of thousands of users.

“That’s consuming a lot of our resources at the moment,” he said. “We always plan to innovate and will get much more involved in artificial intelligence and algorithms that are now becoming more and more easily accessible to incorporate into our platform.”

Monscierge employs about six software developers who continually add new innovations as they build out the company’s communications platform.

Robinson said the state’s startup ecosystem that includes i2E, Inc., the Oklahoma Center for the Advancement of Science and Technology and what has become known as the Oklahoma Innovation Model provided critical early support and investment for the company.

“i2E was a big help,” he said. “They came in and offered some invaluable insight on how to structure the organization growth. That’s something that I would recommend that any up-and-coming entrepreneur should try to take advantage of.”

Over the past decade, Monscierge grew at such a spectacular rate that it was a six-time recipient of the Greater OKC Chamber’s Metro 50 awards.  The annual Metro 50 awards ranks the OKC metropolitan area's fastest-growing privately held companies based on their percentage over a two-year growth period.

So, what keeps a global brand like Monscierge tied to the Oklahoma City community after more than a decade of growth and expansion?

“I think it’s primarily the sense of loyalty and the hard work ethic in Oklahoma, which Oklahomans demonstrate consistently, trying to go that extra mile,” Robinson said. “That’s something that we’re proud of and want to continue to be a part of.”

Oklahoma City’s growing reputation as home to the NBA’s Thunder franchise is an added bonus.

“It seems that everywhere we went before the Thunder came, sports wasn’t necessarily what Oklahoma was known for,” he said. “But now pretty much every conversation that I go into as I travel across the United States, the topic of the Thunder comes up.”

The Big League City that OKC has grown into is helping support the global mission for the homegrown, worldwide technology innovator that is Monscierge.

“It’s certainly something that put us on the map,” Robinson said.