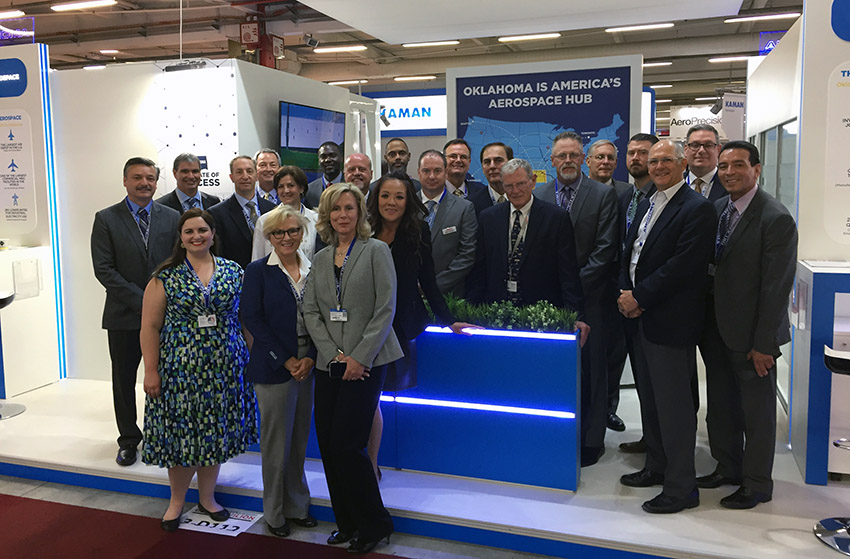 Not long after the Wright Brothers changed history with their first flight in 1903, the Paris Air Show has been the center of the aviation world every other summer. First held in 1909, the Paris Air Show is the largest aerospace exhibition in the world. Like years past, the Greater Oklahoma City Chamber will head to Paris from June 17 to 23 as part of an effort to promote the industry in our state with the Oklahoma Department of Commerce.

The Paris Air Show is held every odd year and in 2017 attracted more than 322,000 attendees. With a show that big, you would think it would be easy to get lost in the shuffle. Jeff Seymour, executive vice president of economic development for the Greater Oklahoma City Chamber, will be making the trek to Paris and says that isn’t the case.

“Getting facetime with a lot of the CEOs of the major aerospace companies in one place, in a span of a week, is priceless for us."

“Tinker Air Force Base being located in our community gives us a big advantage in brand recognition, even overseas,” said Seymour. “A lot of people at the show are at the highest levels of the industry, so they are familiar with the Oklahoma City region.”

“Getting facetime with a lot of the CEOs of the major aerospace companies in one place, in a span of a week, is priceless for us,” said Seymour. “We spend a lot of our time there meeting with companies who already do work in Oklahoma City, and we meet with companies who we feel should be doing work here. It is an amazing opportunity to strengthen our relationships with our current employers at the highest levels, and prospect for companies who should be taking advantage our business climate when it comes to the aerospace sector.”

“The great thing is, we don’t have to try and sell hypotheticals when it comes to the aerospace industry in our region,” said Seymour. “In our region alone, we have more than 230 firms that employ nearly 37,000 workers and produce $5 billion in goods and services each year. All the biggest names in the industry have large and growing presences in Oklahoma City. We aren’t really asking 'Why Oklahoma City?' We are asking, 'Why aren’t you here yet?'”