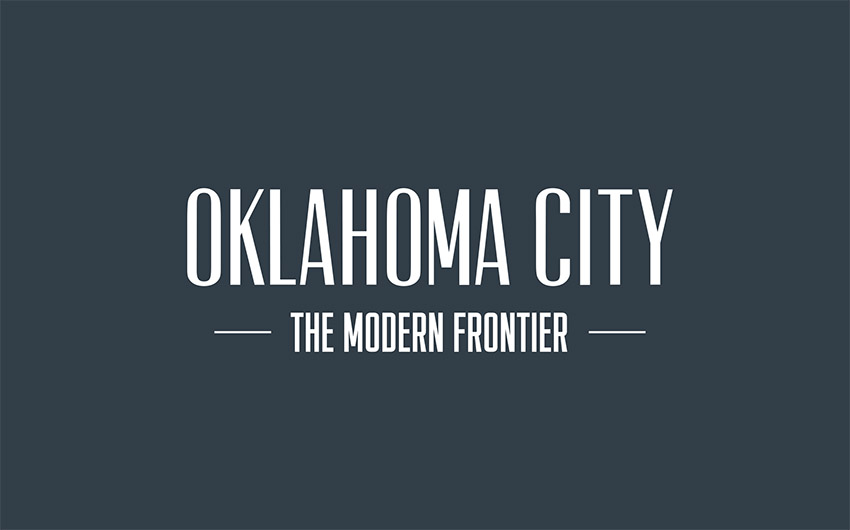 The OKC CVB engaged in a 10-month-long branding project that included more than 75 one-on-one interviews, extensive research, news media and competitor city analysis, as well as input from civic, business, tourism and a wide variety of industry partners. With research showing only one in three people are familiar with OKC, the branding exercise was conducted to cultivate a distinguishable identity for Oklahoma City.

The Modern Frontier phrasing was developed from the key values that were identified during the interview process: collaborative, diverse, honest, resilient, authentic, kind and daring. The Modern Frontier campaign is a nod to Oklahoma City’s Western heritage while recognizing of the city’s enterprising nature and ability to determine its own future.

“The interview process helped us establish the key character qualities of Oklahoma City as a destination,” said Lindsay Vidrine, Vice President of Destination Marketing for the OKC CVB. “We are excited about this campaign and the unity it brings to our city.”

The citywide branding elements will be introduced through advertising and promotional efforts by local industry partners, in addition to the OKC CVB’s national print and digital advertising, website content, video elements and social media channels. The OKC CVB also worked with two local agencies—Nominee for the branding exercise and Jordan Advertising for the creative execution.

“It takes more than the CVB to tell the story of Oklahoma City,” said Mike Carrier, President of the OKC CVB. “We hope that locals will rally behind this campaign just as much as the Chamber and the CVB and help share the message of OKC.”

The new brand identity will be debuted to attractions, hoteliers and other CVB partners in Oklahoma City on February 20 at the Will Rogers Theatre.

For general information on The Modern Frontier campaign, visit www.visitokc.com/about-okc.