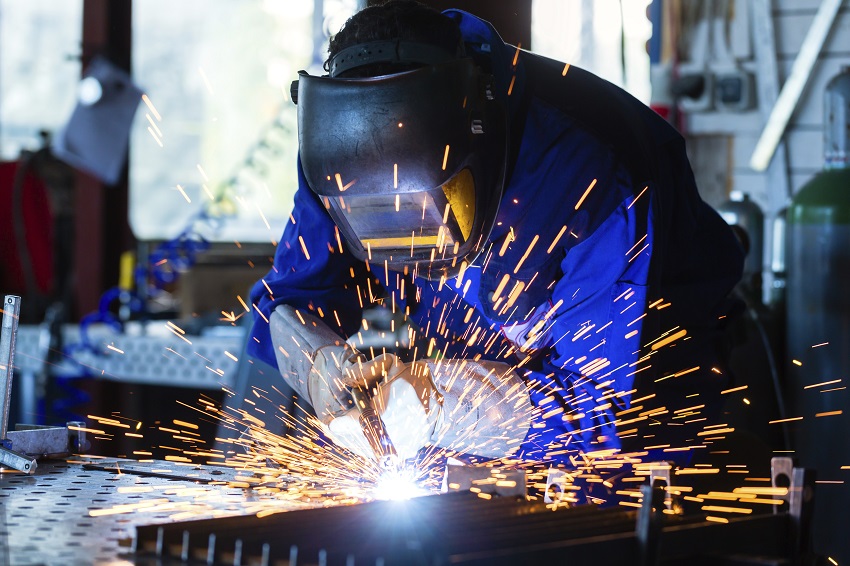 Close your eyes for a moment. Think about manufacturing. What do you envision? Is it the noise of a factory floor as workers, glistening in sweat, muscle heavy machinery and raw materials into place? Or maybe it’s a line of blue-collar workers, working on an assembly line performing a mind-numbing series of repetitive tasks?

Open your eyes. Manufacturing has entered the 21st century.

Broad socio-technical and specific manufacturing long-term trends are now at work, shaping manufacturing in the 21st century. Of these, the most powerful is the long-term industrial trend toward realistic and substantial accomplishment of highly human-resources-oriented computer integration, automation and optimized operation of the overall manufacturing enterprise.

In plain English, manufacturing is not what you thought it was.

Coming out of the 1990s and into the not-so “new” millennium, there was a major trend for companies in many industries to outsource as many jobs as possible to regions where the labor was cheaper.

The manufacturing industry was no exception to the offshoring craze. After all, if the labor was cheaper, that meant more money for the manufacturer, right?

Another major change has been the widespread use of automation.

Though it has been around for decades and will never completely replace human labor, automation for manufacturing has, over the last decade or so, started to become much more widespread throughout the American manufacturing industry.

The price of automating many processes has gone down as the technology becomes more commonplace. This has brought manufacturing automation into the reach of businesses that once would not have been able to afford it.

By doubling down on automation, American manufacturers have become much more productive and efficient than ever before.

How much more productive?

According to research cited in a CBS article, in the United States, manufacturing employees “produced an unprecedented $104,606 of value.” Compare this to a Chinese industrial worker who, in the same period of time, “produces $12,642 worth of output.”

This is backed by statistics cited in a Forbes.com article from early in 2015, which states that “a worker in the U.S. is associated with 10 to 12 times the output of a Chinese worker.”

“It's different ways to collect data, it's reporting and it's communications up and down,” said John Patrick Lopez, chief operations officer for Lopez Foods, Inc.  “We're never not at work anymore with our mobile devices and computers and all that, so it's getting push notifications, it's getting alerts it's getting, yes so-and-so did receive this this data. This is automatically changing our production forecast going into next week or next month or whatever it is. Everything is becoming more real-time, faster, safer and you have to embrace it. You have to get ahead of the curve, be proactive not reactive.”

“To piggyback what he was saying, at Cytovance, we're always looking at ways, again, the real-time data collection and awareness is driving the industry,” added Mike O’Mara, senior vice president of manufacturing operations at Cytovance Biologics. “For example, we're currently working on looking at a system that can detect a bacterial contamination in our water system real-time.”

But what about automation? Are robots taking over manufacturing?

“In food manufacturing, it's heavy industrial work,” added Lopez. “I mean, when you're moving thousands of pounds of material at a time, there's ways it can be done manually and then there are ways that it could be done automatically. When my brother and I started over 20 years ago, everything was being done with carts and wheels and we were pushing everything around and you had wrist injuries, back injuries, strains and all kinds of stuff like that. So we listened to our employees, we want them to help us with ergonomic design, to make sure that the job can be done as easily and as safely as possible, but not compromising quality and food safety.

“So with that comes a lot of automation. There's automatic meat transfer systems out there, they're just conveyor belts that you can move stuff along, there's robots that now can palletize full cases of product. We almost have to train the employees today to fit in in our particular realm of manufacturing. It's not that the skills aren't there. Now it's interfacing with electronic data and computers and way above my head and yet we're requiring these to be basic skills, when we're trying to hire skilled workers.”

“The oil and gas industry, as a whole, we've become really resilient to changes just because price is such a driver for production and what we do,” said Cathy Manion, lead research engineer at Baker Hughes, a GE Company. “But what it's kind of forced us to be is just a little bit more open-minded about the things that we do have control over. What can we do to make things better?  We have the data, it’s just a matter of kind of really analyzing the data and looking at how we can see the relationships that we weren't seeing before to optimize the overall process. And that will make us just more efficient with our resources and with our productivity as a whole.”

The word innovation is synonymous with OKC. Always has been. What exciting things should we expect to see in the near future?

“What I'm excited about the most, about being a manufacturer in Oklahoma today, is the fact that Oklahoma is becoming a more progressive state,” said Lopez. “And why is that important? I think in order to attract the talent that we need, to retain the talent, not just attract, but to retain them, to attract businesses that will complement Lopez Foods, that will complement manufacturing in the state, a big part of that is because of the changes that are happening here in Oklahoma.”

“I think at Cytovance that we sometimes lose focus, because we're in these clean rooms with these large tanks and filtration skids and stuff, but knowing that what we're manufacturing is being injected into people and sometimes our clients come back and give us feedback of their clinical trials. And when you hear something like, ‘this individual had stage four cancer and the drug that you manufactured in this building is keeping this person alive’ so we're always hearing about innovation and what's coming up next. So I'm very excited about being able to do that, because that will cause us to build more buildings, hire more people, so grow our manufacturing footprint here in Oklahoma.”

“Just kind of looking at expanding past just the traditional oil and gas is what makes me happy and excited,” said Manion.  “Because I'm a research engineer, I'm just like, let's see what we can do to make this industry better. Because we can actually make this better and more efficient for our state and for the country and for the world.”

Not exactly what you envisioned when you closed your eyes, is it?