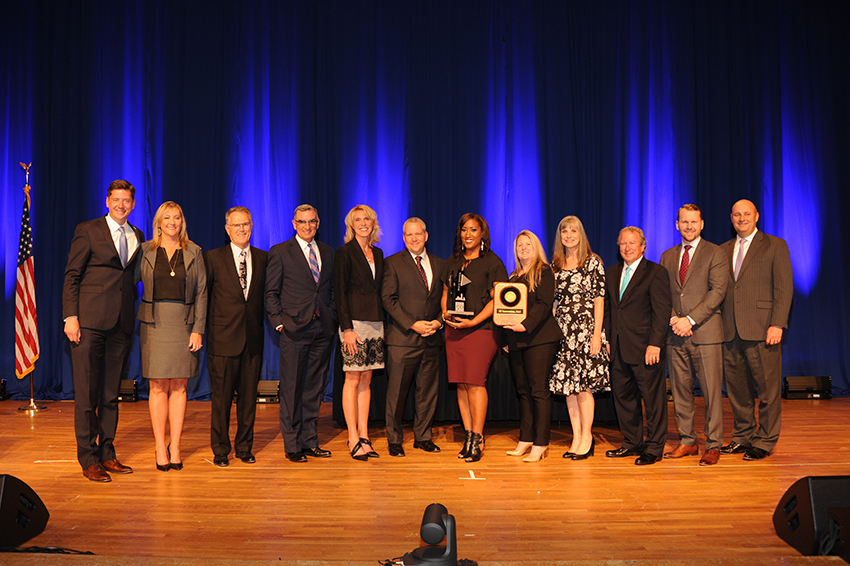 For the second year in a row, SJ Innovations, LLC (SJI) was named the fastest-growing privately held company in the Greater Oklahoma City metro at the 2018 Metro 50 Awards. More than 650 people gathered at the National Cowboy and Western Heritage Museum on Sept. 24 to celebrate the region’s fastest-growing, privately held companies. Monterey Construction and Angel Heart Boutique rounded out the top three companies honored at the event.

“Inc. magazine made a declaration that Oklahoma City is the top city to launch and sustain a business, and that declaration is evident to me tonight as we celebrate the tremendous growth and diversity of the Metro 50 honorees,” Oklahoma City Mayor David Holt said at the event. “As Oklahoma City grows, so do you. And as you grow, so does Oklahoma City.”

SJI, founded in 2012 by CEO Sacia Johnson, provides distance learning systems and training, systems engineering, and information technology support services to the federal government. The company landed their second Metro 50 award after exhibiting 6,561 percent growth in revenues from 2015 to 2017.

Monterey Construction was awarded the second-fastest growing privately held company in the region with 1,445 percent growth from 2015 to 2017. Monterey Construction is a custom builder that specializes in delivering elite custom quality for high-end residential and light commercial construction. Monterey Construction has revolutionized the custom building process by pioneering a new custom construction model that allows their customers to consistently earn five figures in new equity building the home of their dreams. The company was also in the top three on the Metro 50 list in 2017 and on the Inc. Magazine 5000 as one of the fastest-growing companies in the country.

The third-fastest growing company in the region was Angel Heart Boutique, an online retailer specializing in women’s plus-size apparel. With its first appearance on the Metro 50 list, Angel Heart Boutique saw 784 percent growth from 2015-2017 and has been recognized as one of the fastest-growing plus-size boutiques in the nation. The company was started with a $200 initial investment and in three years has brought in $6 million in revenue, all while remaining debt free.

AtLink provides quality, high-speed internet service to more than 15,000 rural Oklahomans while connecting with the community in a hands-on way. They have been on the Metro 50 list for nine of the past 10 years. Saxum, an integrated advertising, public relations and digital communications agency with expertise in energy, health care, nonprofit organizations and social issues, has appeared on the list a total of 11 times since 2007.

Of the 50 companies honored at the event, 35 have appeared on the Metro 50 list more than one time. View a complete list of the top 50 companies.