SkyWest Airlines celebrates the opening of their Oklahoma City facility 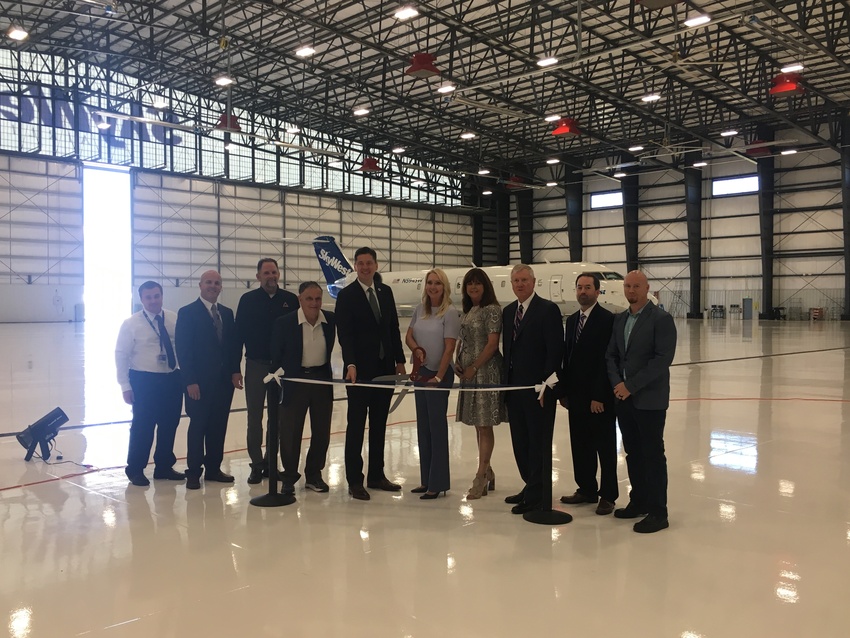 Yesterday, SkyWest Airlines celebrated the grand opening of their 135,000-square-foot maintenance hangar at Will Rogers World Airport. The facility will create around 100 new, high-paying jobs for the metro.

“SkyWest selected Oklahoma City because of its location, competitive costs and connectivity throughout our operation,” said Mike Thompson, SkyWest Airlines Chief Operating Officer. “We’re pleased to add another new, state-of-the-art facility to our operation and look forward to watching our Oklahoma City team continue to grow.”

“These are great jobs in a great industry,” said Oklahoma City Mayor David Holt. “We’re excited to have such a great partner in SkyWest.” 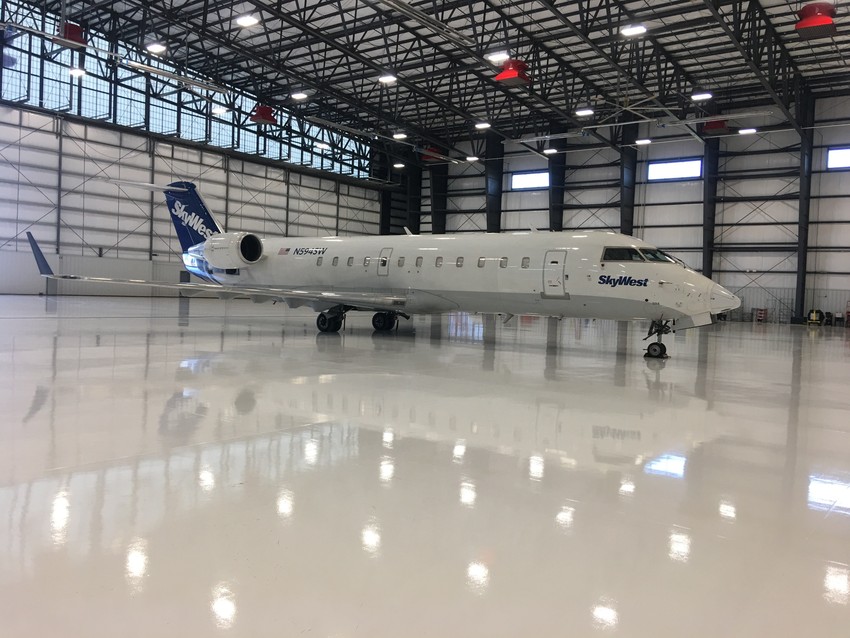 “The SkyWest expansion is another sign of the significant strength this community has when it comes to maintenance repair and overhaul services for both the commercial and aerospace sectors,” said Greater Oklahoma City Chair Rhonda Hooper.

Lariat Landing is approximately 1,000 acres of land adjacent to the airport designated for multi-use, multi-industry business development. The development provides access to runways, taxiways and ramps.

“With today’s grand opening, SkyWest becomes one of the key tenants at Lariat Landing,” said Mark Kranenburg, Airports Director. “The landside and airside improvements made over the last several years make our airport and city a desirable location for companies like SkyWest. We look forward to continued growth in aviation and aerospace here in Lariat Landing.”

As part of the grand opening SkyWest hosted around 50 students from area technical institutes to expose them to working in the industry.